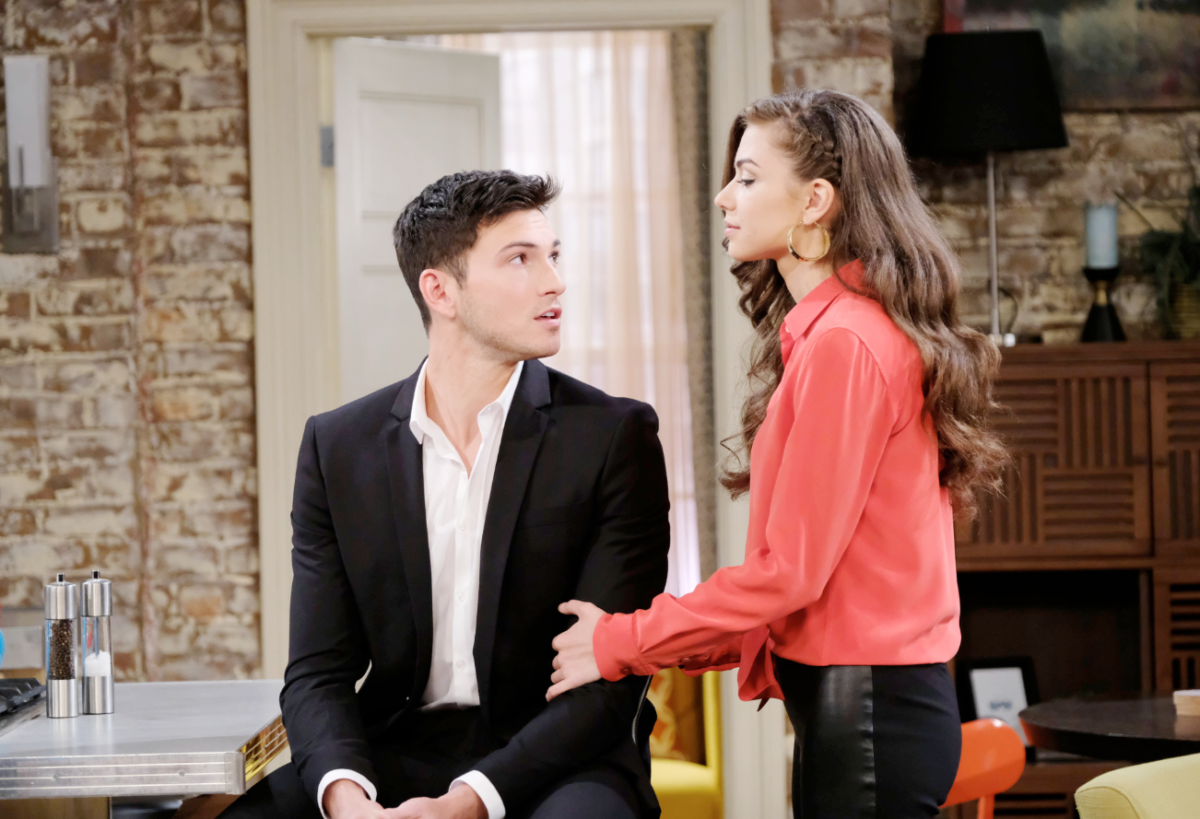 This week on Days of our Lives; after two bombshells about her boyfriend surface, Ciara (Victoria Konefal) is not pleased.  First, she learns he was the guy that kidnapped Gabi (Camila Banus) and brought him to Stefan (Tyler Christopher).  Later, Ciara overhears a key conversation that does not sit well with her … at all.  Is it curtains for #Cin?

Meanwhile, Xander (Paul Telfer) intends to move back into the Kiriakis mansion, now that he has ammunition in that flash drive thanks to Eve (Kassie DePaivba) on Titan. Looks like Leo’s (Greg Rikaart) new housemate might become quite the ally to take down the entire family for their own gain.

Chad (Billy Flynn) is trying to do everything he can to make Abigail (Kate Mansi) forgive him, and what he does for her is quite special. But what could it be?

And, we learn that Haley (Thia Megia) has ties to Salem and an explosive secret.

Check out the latest DAYS promo from NBC for the action this week in Salem and then these other teasers below:

Jack runs into Kayla and discovers a dark moment from his past.

Leo meets Xander for the first time — and is immediately smitten.

Eric reveals he’s made a decision about Holly’s custody case.

Xander and Leo team up to take over, and Haley has a secret. Watch #DAYS, weekdays on NBC. pic.twitter.com/LGks6xugLY

Now, which storyline are you most intrigued by this week on DAYS? Share your thoughts via the comment section below.

I am sick of Xander always running around shirtless! God, does he really think he looks that good? I’ve seen better abs on the gorilla at the zoo. Isn’t it funny that no female is ever attracted to him? I guess he better consider Leo, when he makes his move.