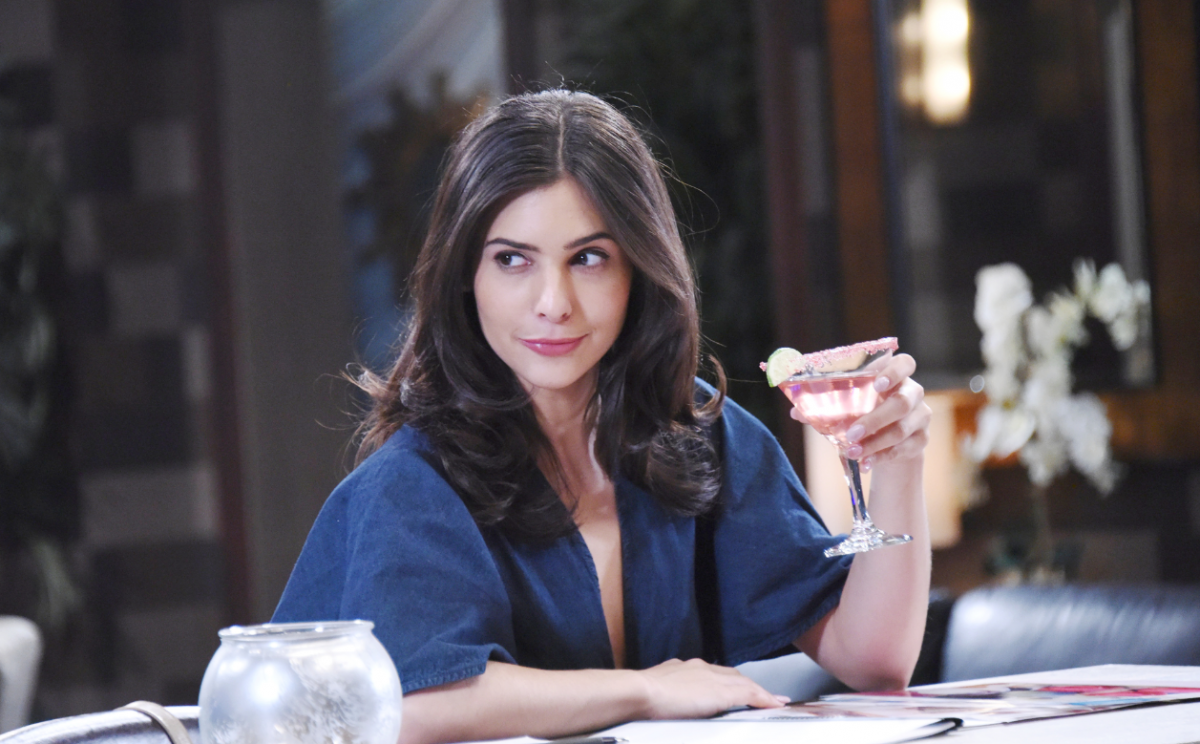 This week on Days of our Lives, hell hath no fury like a Gabi (Camila Banus) scorned!  Now out for revenge after receiving devastating news that she can never conceive another child, Gabi has switched the DNA results to make it appear to Abigail (Marci Miller) that Stefan (Tyler Christopher) is the father of her unborn baby.

How far will Gabi continue to sink to carry out this lie and to give payback to Stefan and Abigail as her alter “Gabby” for sending her to prison for a crime she did not commit? Is her former lover, Chad (Billy Flynn) collateral damage in all of this?

Meanwhile, Brady (Eric Martsolf) prepares to say goodbye to his son, Tate after losing custody of his son when the judge rules in Theresa’s (Jen Lilley) favor, but will fate intervene, allowing Brady to keep his son after all?

JJ takes the fall in order to help Theresa

Gabi takes Stefan to task and reveals her resentment towards “Gabby

Claire asks Ciara if she’s moving on with Ben

Will receives a shocking note.

DAYS OF OUR LIVES: Ben Fights Off His “Killer” Instincts As Rob Scott Wilson Delivers Power Performance Of The Week

Gabi is on a slippery slope….I must have missed the repetitive DNA “”switcheroo” part. Oh, Lordy Lord!! Who knows what will happen! …….up to the ‘elders’. Will they have the baby grow up thinking he/she is Stefan’s? Or will they nip it in the bud and quash the ‘mistake’ and reveal what Gabi did? This animus toward Abbi is nothing new for me. It has always been there, under the surface, at the ready….no matter how ‘conciliatory’ Gabi may have been to Abbi…… Had to happen sooner or later. It is torturous to watch what has been done to this… Read more »

I agree with Celia 100%. I just don’t understand why we had to go through this long and boring SL, with the short return of Theresa and the custody fight, that tore Tate literally away from Brady,so she can take him and leave Salem for good. All the stuff about Deimas’s murder, who cares anymore? It just seemed so extreme and unjustified so they can set up for Nicole’s return. Personally, I’ve had enough of her, and am not looking forward to seeing her and whomever, her choice, this time will be, Brady or Eric, setting the brothers against each… Read more »

At the age of five i did have anger issues to my father who was mentally abusive so its possible…lovin evil Gabi…the baby will probably have a medical issue but after Abigail and Chad divorce and he ends up marrying Gabi who will discover she can still have a child and is preg with Chad;s baby,,then we will learn she slept with Stephan to gain control of her company and its his baby for real-lol

Days missed a golden opportunity in the scene with Will remembering Kate telling him to come to her with any problem. When Will was trying to escape Kate’s uncomfortable questioning about “the body,” he should have used the same exit line (with an impish grin) that he used when escaping Kate’s uncomfortable questioning about his gayness: “I gotta go meet a girl…” I must believe that Days has INTENTIONALLY changed Will’s character to reflect the fact that without his memory, he is an empty different person. Because, THIS version of Will is as interesting as a wet dish rag. The… Read more »

I hate how #CamiliaBanus is being written, no way out…