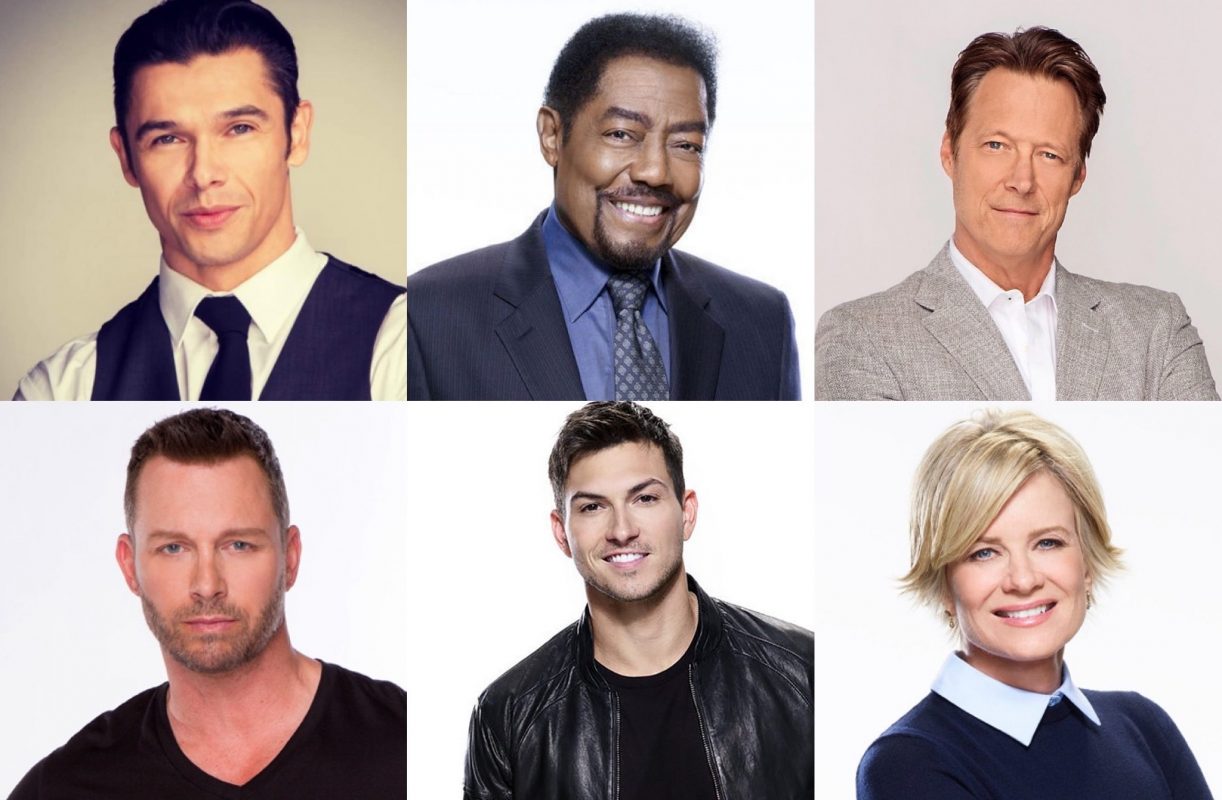 On the latest installment of the virtual soap opera game show, Soap Opera Know-It-All, several cast members from NBC’s Days of our Lives appear as they deliver the questions and the answers to Salem-related trivia during round one of the virtual game show, now exclusively on You Tube’s, Michael Fairman Channel.

Watch for: Rob Scott Wilson (Ben), Mary Beth Evans (Kayla), James Reynolds (Abe), Eric Martsolf (Brady), and Paul Telfer (Xander) as they try to stump the four contestants with questions related to their characters.  Then, in the ‘Knock-Out” round watch for Matthew Ashford (Jack) as he poses the final question of the game; which ultimately leads to the winner being crowned.

Throughout this third episode of the virtual game show, host Michael Fairman, tests the contestants knowledge of their daytime and primetime IQ with show categories of: As the World Turns, All My Children, Knots Landing, One Life to Live, Days of our Lives, The Doctors, General Hospital, How to Survive a Marriage, Another World, Melrose Place, Ryan’s Hope and The Young and the Restless.

As the ‘Know-It-All” season progresses, the winner must defeat the competition for the right to move on to the next episode to face three more challengers all in pursuit of the “Know-It-All” title with special soap-related prizes along the way, and the grand prize a virtual Zoom or Facetime with their favorite soap star, pending their availability.

Now watch episode three below, and let us know in the comment section how well you did when attempting to name the answers to the questions!

Round 1: 180 points and I was yelling NICK BELLINI!
Round 2: 260 cause I know my Melrose.
I thought the final answer was Philip. Shows what I know about Jack. Why the heck does he have PTSD? lol
Fun game!

For the first time since 2014, Days of our Lives has received not just a one-year, but a two-year renewal, from NBC ending the suspense of another renewal negotiations between the series, the network, and Sony.

According to Deadline that broke the good news this will take the long-running and beloved daytime drama series through its 57th and 58th seasons on the air.  In anticipation of the pick-up, the producers had been making if-come deals with key cast members, including signing a new contract with Days favorite Robert Scott Wilson (Ben Weston) and bringing in Jackée Harry  Paulina) who was recurring at first to be more full-time on the show.

In statements on the DAYS pick-up, Michael Sluchan, EVP, Scripted Series & Kids Programming, NBCUniversal Television and Streaming shared: “We couldn’t be happier to bring our loyal fans two more seasons of Days of our Lives and continue what has been an absolutely remarkable achievement in television. A big thank you to Ken Corday and the cast and crew for their incredible passion for storytelling that continues to reach new generations of viewers.”

DAYS EP, Ken Corday shared: “After more than 55 years of bringing drama, adventure and romance to screens around the world, we are thrilled and honored to carry on the Days of our Lives legacy for another two years. We are thankful to NBC for their enduring commitment to the show and grateful to continue this wonderful journey with our fans for years to come.”

Sony EVP, Programming Steve Kent added: “We are incredibly proud of the work being done by Ken Corday, the cast and crew. They continue to tell bold stories through these iconic characters captivating audiences around the world.  We are thrilled to continue the legacy of Days of our Lives and for viewers to enjoy two more seasons.”

So, thrilled to hear about the two-year pick-up for DAYS? Share your congrats to the show via the comment section below.

This week Days of our Lives viewers saw the exit of both Theo (Cameron Johnson) and Ciara (Victoria Konefal), much to the chagrin of Cin fans everywhere! But hold on! Days head writer, Ron Carlivati revealed that Victoria Konefal will be back on-screen this summer on the NBC soap opera.

In an interview with Soap Opera Digest, Carlivati revealed: “From the moment we were coming to that point and we knew Ciara was going to exit town with Theo, we were immediately pursuing the next chapter with Victoria: When would she be available or willing to come back, and when could we tell the next chapter because I knew that would feel unfinished and be unsatisfying to a lot of people. So that’s why I’m happy to announce here that Ciara is coming back and we are going to tell that next chapter of the story and hopefully, this time, the audience will get the payoff that they’re looking for and hoping for.”

And as to just how long will Konefal who chose to go on recurring status with the show be back for her summer run, Carlivati shared: “At this point, and I can’t speak for Victoria and I can’t speak for the show, and this is not an official announcement in any capacity, but I will say at this point, there is not an end date. We are working with Victoria to keep the story going and keep Ben (Rob Scott Wilson) and Ciara’s love story alive.”

Cin fans should note that Carlivati added, “I would encourage the audience to remember that they (Cin) have an important anniversary coming up this summer that may figure into their story, so she will be back sooner than you know.”

So, happy to know there will be more of Ben and Ciara? Where you upset to see Ciara exit the canvas with Theo? Share your thoughts via the comment section below.