This morning don’t miss Michael’s appearance on “The Frank DeCaro Show” on SiriusOUTQ only on Sirius Satellite Radio.  Hosts Frank and Doria will be chatting with Michael about the just announced Daytime Emmy Nominations.  Who made the cut? Who didn’t? And we will be taking your calls live!

If you do not have Sirius Satellite Radio the show can be heard two ways as well:

2) Download a free trial player for
three days and you can get the
show live on your computer.
http://www.sirius.com/sirius/servlet/MediaPlayerRegistration 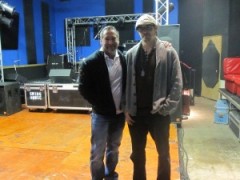