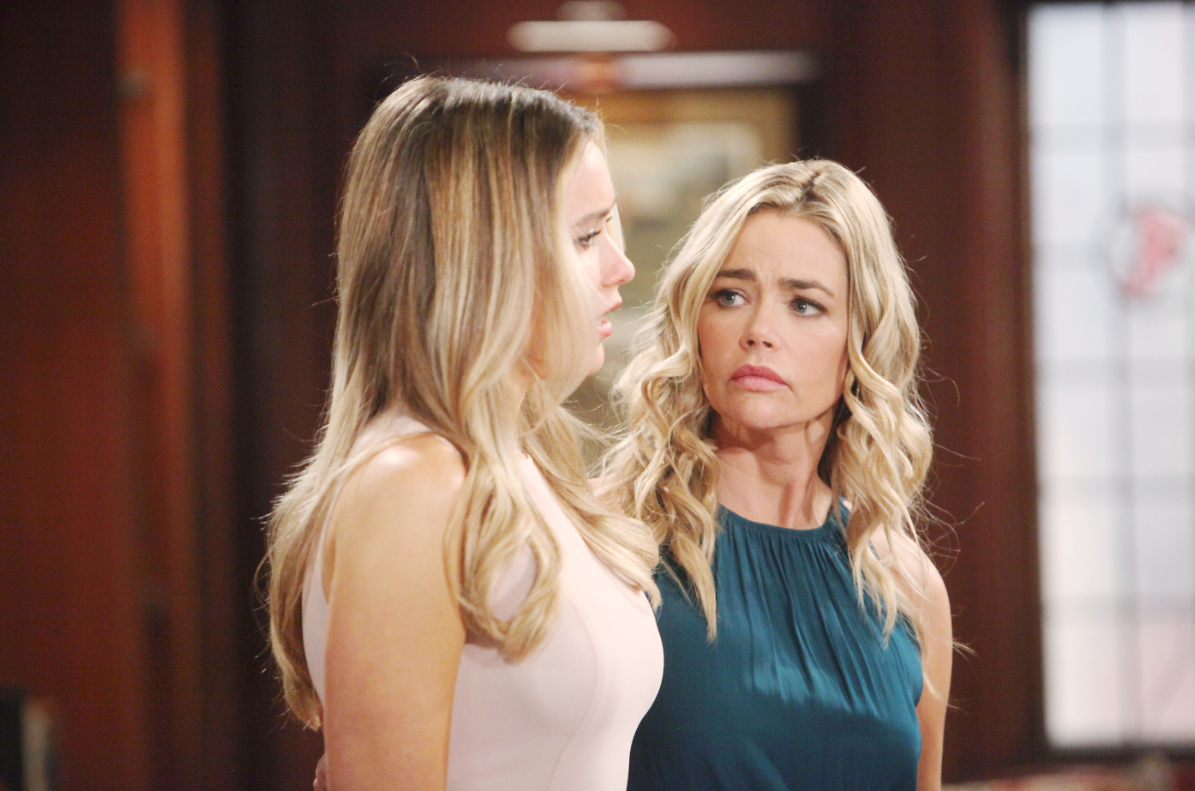 Since coming to The Bold and the Beautiful, both the characters of Shauna Fulton (Denise Richards) and her daughter, Flo (Katrina Bowden) have certainly stirred the pot for the Logan, Spencer, and Forrester clans.

Richards revealed she has originally only signed on for three months, but after speaking with B&B’s executive producer and head writer, Brad Bell on how much she loved working on the show, things worked itself out and now you can look for more Shauna.  As viewers know, she currently has her eye on Ridge Forrester (Thorsten Kaye).

As for Richards B&B TV daughter, Katrina Bowden, the actress took to her Instagram to reveal some photos from down under.  Seems she is currently filming a movie in Australia and has taken a break from the sudser but will be back.

In her posts, Bowden expressed she is on hiatus taking 6 and half weeks off to film the movie, but fielded a comment in the post on her status with B&B.  Obviously, this will take Bowden off the shooting schedule at B&B for now, so Flo will be off the canvas for a bit, but Katrina will be returning to the daytime drama when filming is completed in Australia.

So, glad to know Denise Richards and Katrina Bowden will both be continuing on at B&B? Comment below.

At LAX right now getting a little buzzed off tequila 🤪 as a wait for my delayed flight to somewhere very far away. I’m going to shoot a movie for the next 6.5 weeks and I’m so excited and anxious and can’t wait to share more ahhh!! 🦈🐨🇦🇺

Do not care for Denise Richards. Katrina Bowden can stay in Australia! Let Sally and Wyatt have a happy love story. Flo is not good for Wyatt. She is too shifty and needy.

I Love her! Denise Richards spices up the whole place. It’s a very nice change. And Flo too is a welcome relief. Tired of the same old grind.

I would rather watch some good old fashioned soap opera cat fights, than the useless story of Hope trying to get custody of Douglas. I am not saying that Thomas is father of the year, but of all people she should know what it feels like to be without your child. With all the complaint she has done about missing time with Beth, she is losing more time by focusing on Thomas and Douglas. It is not as if Douglas is living in a shelter. And I know Thomas keeps messing with his head, but enough is enough. And I really hope they don’t separate Sally and Wyatt and stick him back with Flo. I am team Wyatt and Sally all the way. Let’s just hope they don”t start

what I wanted to add before my stubby fingers hit the wrong key, is that I hope they don’t pull a Sally Flo Wyatt triangle That’s all for now Thanks for listening and happy viewing

True. I also had read they were killing off Flo, due to kidney problem, but she says above that she’ll be back, and they keep saying that someone dies, so what goes?

So glad Denise/Shauna is sticking around. I love her.

Denise is doing a great job!

Please let this be a short extension and give Ridge a brain!!! Nothing against Denise Richards, I just can’t stand the character.

Oh, he’s got a brain, it just isn’t where it’s supposed to be! Maybe he and Brooke need a break anyway.

I just wish they would let Denise Richards go. I really am not liking her character and her acting is over the top.

Fultons need to go. Sick of Ridge too. We need some better storylines.