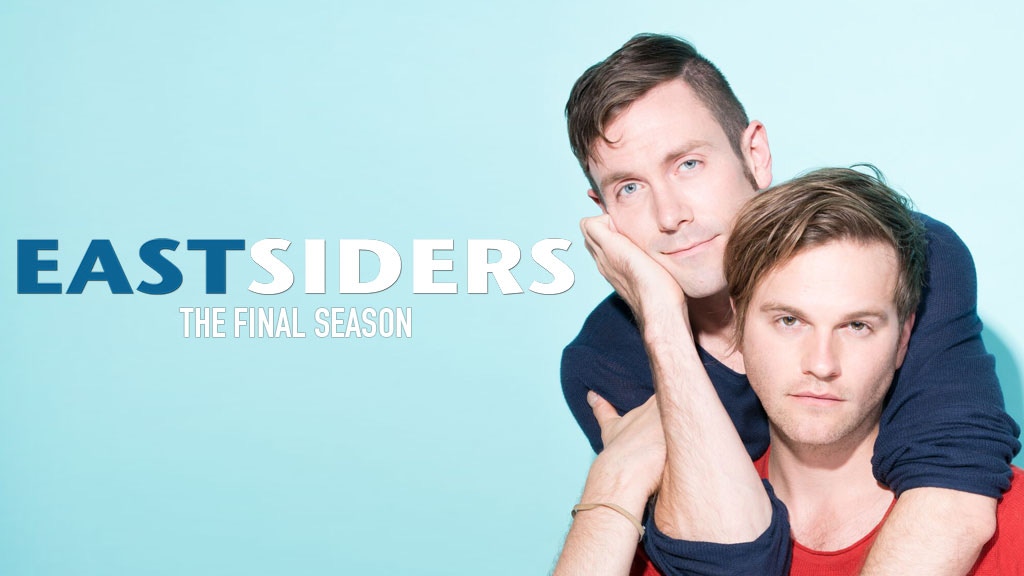 The LGBTQ hit web series, EastSiders is prepping to begin production to film their final season,  And as series star, creator and executive producer, Kit Williamson reveal,s along with his real-life partner, and co-EP of the series and cast member, John Halbach, the final season will pick-up in the days before Douglas (William Belli) and Quincy’s (Stephen Guarino) wedding, where nothing is going as planned.

EastSiders stars Williamson and ATWT favorite, Van Hansis as the beleaguered couple Cal and Thom, who have suffered their share of emotional setbacks throughout their relationship history.  Having traveled the country in a van back to Los Angeles at the end of season three, they are also trying to make their way back to each other. Season four will tackle: what does commitment really look like in a long term relationship? What does “gay marriage” really mean? And how do two human beings make love last?

In order to help EastSiders bring their final installments to life, they have launched another kickstarter campaign to raise funds to help them produce the series. As they note in their campaign: “Although the series is streaming on Netflix worldwide, we’re still a completely independent production. We have a partner in place to help cover post production costs, but we still have to raise our production budget by October 11 or we won’t be able to film this fall. $100,000 will allow us to produce a 4 episode season, and we have some exciting stretch goals planned if we pass our goal!”

Watch the Kickstarter campaign video from Kit and John below, and then let us know if you are exciting to see how it all resolves for the characters in the final season of the series via the comment section below.

ABC Names William Burton As The New Head Of Daytime