Over the years there have been several changes to ABC Daytime, and now comes word over the last 24 hours that William Burton has been promoted to Senior VP and Head Of Daytime, Sports and Syndicated Development/Production for ABC.  Burton starts in his new role immediately.

Deadline first reported the executive level move by the network.  Burton had previously been overseeing the business operations of ABC Daytime since earlier this year as SVP Daytime following the departure of former Daytime head Rebecca Campbell. 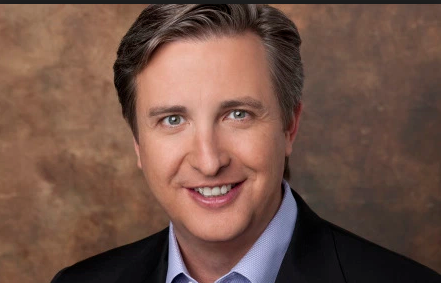 Those duties have now been formalized in Burton’s expansive new role,  In terms of General Hospital, the creative aspects from the network are still being handled by ABC head of current programming, Vicki Dummer.  Burton has been behind the business operations of ABC Daytime including the daytime drama.

In addition, Burton will oversee the creation and production of syndicated programming across ABC platforms including the upcoming daytime talk show from Tamron Hall that is in development for a potential debut in the fall of 2019.

So, share your thoughts on Burton being named the new head of Daytime for ABC via the comment section below.

‘EastSiders’ Launches Kickstarter Campaign For Its Fourth and Final Season!

Doug Davidson Clarifies Status With The Young and the Restless

I hope Mr. Burton helps rectify a wrong by at least returning One Life to Live to the schedule ( or rotating it 6 months with All My Children). No one wants to see GMA Day, and The Revolution+ The Chew replacement shows are thankfully cancelled. Start reintroducing more on GH ( like Nora last year).

Thank you Connor. You took the words out of my mouth.

Mr. Burton. I will never watch a talk show other than ABC’s The View. Sadly the GMA with Sara just disappoints. She was much better on The View. So please consider ONE LIFE TO LIVE v3 !!!!

Why on Earth would anyone watch The View? Nothing but hate every day!

He looks like that actor from Perfect Strangers in that photo-lol…bet he will cancel GH or replace Frank at least….

Replacing Frank would be a good thing. As long as he doesn’t replace him with someone worse. Jury’s still out on whether the replacements in the writing department were better or worse than Carlivati. Either way, it’s way past time for GH to correct the mistake it made in February 2012 and stopped trying to be some sort of OLTL/Young & the Restless hybrid cyborg show.

I think that GH is safe for at least another year. With Genie Francis returning, hopefully the ratings ( especially the 18-49 demo) will improve. GH has the best actors in daytime+ just needs strong writing.

Hmmmmm…frank? If better….maybe good. Just so he knows….lot of people stop watching if GH cancelled.

Bringing back AMC would be such a SCORE!

As much as I miss AMC and OLTL, I’d grown to really enjoy The Chew. Canceling it was a huge mistake. Now we’re stuck with another “clone” show with no purpose. At least give “The Chew” chefs a permanent segment on GM Day, and I can continue to improve my cooking skills.

Yeah…..GM day!!! Stopped a.m.s on ABC. Constant mistakes since killing the soaps. Then got into chew. Cancelled!!!??? I just wait for GH and Ellen now and no.more ABC

”In terms of General Hospital, the creative aspects from the network are still being handled by ABC head of current programming, Vicki Dummer. ”

Couldn’t agree with you more.

Dear Mr. Burton, I don’t know if you follow Facebook or other sites, but the Chew is sadly missed. With the country the way it is , it was always nice to turn on the Chew and laugh and smile. The 1:00 replacement show is just awlful. And unfortunately for ABC I’m not the only one that thinks this.

What consistently boggles my mind is the tremendous power of soap fandom that none of the networks have ever really accepted or taken to their advantage. Too much ‘talk’ on daytime (do we really need 3+ hours of GMA???). I like the idea someone suggested of rotating OLTL and AMC in six month chunks. I’m not on the ‘fire Valentini” bandwagon and I DO definitely think that the current writing team is 10x better than Ron… but that’s also setting the bar fairly low. Don’t get me wrong. Ron started out strong (and, to be fair ended up strong) on… Read more »

Unfortunately soaps are too expensive. It’s been said many times. Soaps if they come back with be a true miracle. I’ve been watching high school in the end of the 60’s & 70’s.

I guess I’ll wait and see what he does. Their are improvements to be made like more Hospital. Maybe Jason will finally go to school and be a dr!

Is related to Steve