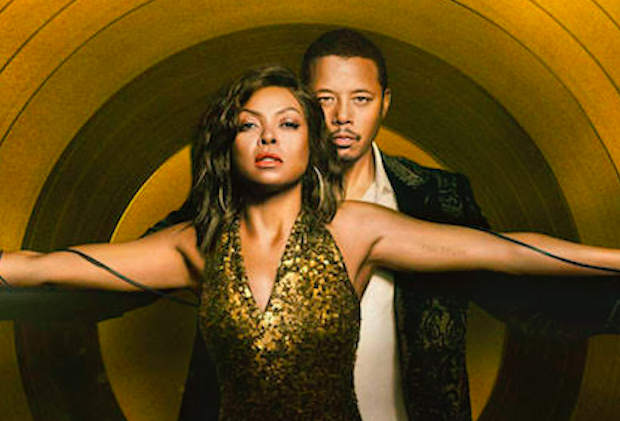 But when addressing the company staff on some changes within the structure of the organization and his plans, he is stunned when none other than Tracy (Amanda Detmer), that’s previously referred to and known as “White Tracy’” (due to her crack addiction), shows up with a soapy bombshell during the meeting.

The mother of Andre’s deceased half-brother, Jeff Kingsley saunters in and announces, “I’m Empire’s newest co-owner!”   And with that, season six begins its arc with a battle for control that will be front and center.

Tracy wants payback and has an ax to grind.  In the season 5 finale, she told the Lyon clan that her decision to donate her son’s heart to save Andre would come with strings attached, but did anyone expect she would go this far?  Yup!  Watch the teaser below for Tuesday’s night’s first episode of the  final season.

Meanwhile, the season six key art featuring series stars: Taraji P Henson (Cookie) and Terrence Howard  (Luscious) in the same position as the famous scene in the motion picture Titanic has with it the saying “Rule to the end”.   Who will be left standing when the series comes to its exciting and emotional conclusion?

Now let us know, what do you think of the Tracy twist? Share your thoughts via the comment section.

GENERAL HOSPITAL: “He’s The Most Hated Man In Port Charles”

THIS WEEK: Jason Thompson Featured In Standalone Episode of Y&R