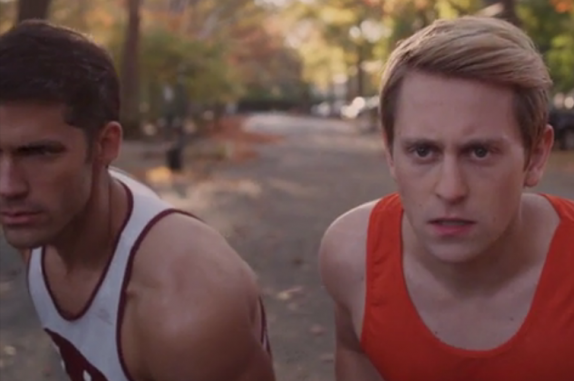 What happens when a washed-up twenty-something year old, the one-time hometown hero and track star, is convinced by a local sweetheart to run a marathon and get his life back on track?  That is the set-up of a dramatic, and yet feel-good motion picture entitled Chasing Yesterday.

At the epicenter of Chasing Yesterday is Eric Nelsen, the former cast member of the online version of All My Children where he was a standout as AJ Chandler.  Nelsen has also been appearing of late in Daytime Emmy Award-winning online series, The Bay.

Chasding Yesterday has already had a great run on the film festival circuit,where it played at the 2015 Newport Beach Film festival, took home Best Home Grown feature at 2015 Garden State FF, and the Rising Star Award at the 2015 Canada International FF.   For more info on the film visit their official website:   chasingyesterdaythefilm.com

Watch the official trailer for Chasing Yesterday after the jump, and then let us know if your interests is piqued to see the film!

43rd Annual Daytime Emmys: DAYS James Lastovic with Olivia Rose Keegan Shares: "Joey Is Trying To Figure Out Whether He Is Good Or Bad."

David Gregory is a sex God!!!!

That looks really good! I can’t wait to watch it. I already have Amazon Prime…ready to go. ☺

Gees… i hope david gregory is in it more than the millisecond he is shown.