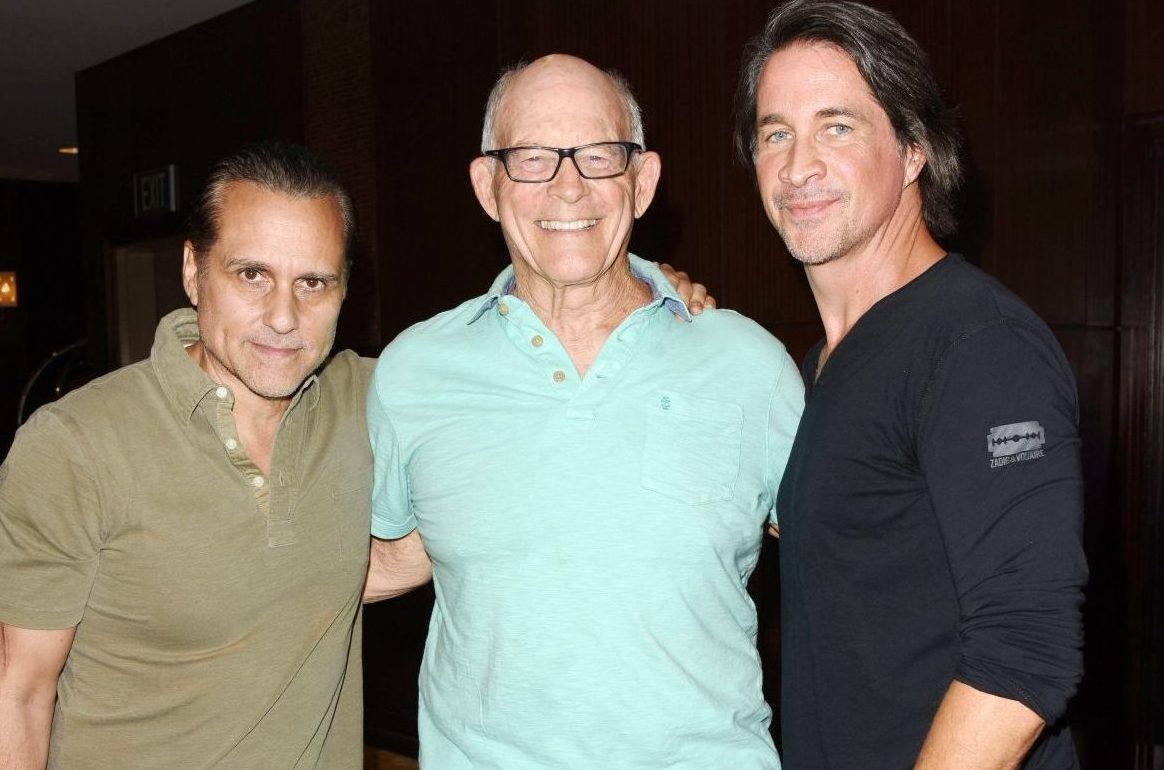 The whirlwind of events at the 2019 edition of the General Hospital Fan Club Weekend has come and gone, but with lasting memories for fans who traveled across the country and more to see their favorites from Port Charles up close and personal, through the main cast event, autograph signings, and more intimate events with popular cast members and duos.

Held at the Embassy Suites Hotel in Glendale, California, and put together by fan club president, Debbie Morris and her team, as well as events surrounding the weekend from: Claire Mullan, Jim Warren, Debby O’Connor, and more, fans were kept busy bouncing from gathering to gathering.

Things got started last Thursday with the GH kick-off event attended by the likes of John J. York and Jon Lindstrom, as well as an event with Kin Shriner. That was followed by Friday with Mimosa’s with Lisa LoCicero, and a special event that reunited former on-screen loves, Tony Jones and Bobbie Spencer, played by Brad Maule and Jackie Zeman. The evening featured annual events from: Donnell Turner, Nancy Lee Grahn, and a Karoke event which featured some of the younger set in Port Charles.

When Saturday came, many of the stars came out in support of the fan club including: Rebecca Herbst, who made a very special appearance.  That was in addition to notables: Roger Howarth. Michael Easton, Josh Swickard, Maurice Benard, Max Gail, Bradford Anderson, Steve Burton, Carolyn Hennesy, William Lipton, Tristan Rogers, Kristina Wagner,Lisa LoCicero, Coby Ryan McLaughlin, William deVry, Tamara Braun, and others.  Prior to the autographs, Steve Burton hosted some short panels with groups from the cast chatting it up in front of the audience.  After a group photo, each actor took off to their respective autograph tables to meet the fans and sign their “John Hancock” and pose for some photos.

Following the main event, Steve Burton and Bradford Anderson held a special show which featured a version of their comedy show, ‘Stone Cold and the Jackal”. Needless to say any fan of GH, would appreciate the humor and stories within their show.  If that wasn’t enough, another great time was had by all at the annual event with best buds, Michael Easton and Roger Howarth.  After fielding questions from the audience and signing autographs, they were joined by a surprise special guest, Rebecca Budig!

Sunday started with a morning with Mutter, as Kathleen Gati hosted her event.  Then, real-life lovebirds Laura Wright and Wes Ramsey held a morning champagne get-together and talked about their roles on GH, their life together and more.  Maurice Benard also held his own event; which was loved by all who attended.  Later, Emme Rylan and Kirsten Storms held an intimate gathering in a hotel suite for their fans.

Later in the day, Tamara Braun dished about the latest on Dr. Kim Nero and fielded questions from those in attendance at her event.  And Sunday concluded with Wally Kurth hosting Bingo night with the Quartermaines with very special guests: Adrianne Leon and Lesli Kay, plus Leslie Charleson!   The five-day event-o-rama ended this Monday with a Brucas (Parry Shen and Ryan Carnes)’ get-together, and then the final even which featured Marc Anthony Samuel.

Check out some of the images with the cast from our GHFCW 2019 gallery below. and then let us know, who you were glad to see was there, and what was your favorite part of the weekend (if you were in Los Angeles for the fan gathering) via the comment section.

Longtime GH fan favorites, Tristan Rogers and Kristina Wagner strike a pose.
Roger Howarth and Michael Easton had every one in stitches at their event.
Stone Cold and the Jackal: Bradford Anderson and Steve Burton, performed a version of their two-man show to the GHFCW audience.
Uh-oh! Shiloh in the house! ... Coby Ryan McLaughlin.
Quite the trio: Katelyn MacMullen Josh Swickard, and Sofia Matteson.
William deVry was on hand to meet the fans.
It's Friz! Rebecca Herbst made a vrare appearance at the GHFCW. here with Roger Howarth/
GH legal eagle, Diane Miller played by the one and only, Carolyn Hennesy.
BFF's - Kirsten Storms and Emme Rylan.
Maurice Benard, and Max Gail with Michael Easton.
Laura Wright and her beau, Wes Ramsey held their own event on Sunday for the fans.
BINGO night with the Quartermaines: featured the return of Lesli Kay and Adrianne Leon, here with Wally Kurth.
Wally was also joined by GH icon, Leslie Charleson ... Monica Quartermaine!
Emme Rylan had her son. Jackson, who was a great salesman, helping mom sell her jewelry and scarf line.
Ashton Arbab, Eden McCoy, and William Lipton, GH's talented younger set.
Lisa LoCicero donned a hat at her fan event.
Two GH favorites: Steve Burton and Michael Easton.
Reunited! Jackie Zeman and Brad Maule at their fan gathering,
Nothing like kicking-off GH weekend than with John J. York and Jon Lindstrom in attendance.
Nancy Lee Grahn held one of her private and special events for her longtime fans.
At Kathleen Gati's event, she received a very special t-shirt for Liesl Obrecht!
Tamara Braun held her own fan event, which featured good food, and good conversation.
Nancy's talented daughter, Kate Grahn also took part in her event.
Kathleen Gati always wows the crowd.
Ashton Arbab performed at Karoke night.
Donnell Turner alongside his mother Lorraine and his brother EJ with some fun hats during his annual event.
Gangs all here at Tamara Braun's event!
One of the final events of the five days of GHFCW featured Brucas: Parry Shen and Ryan Carnes.
Before breaking off into autograph sessions, the cast in attendance posed for a group photo (Click on image to see entire group).

GH’s Rebecca Herbst Chats On ‘Friz’, Her On-Screen Sons & How Liz Has Grown-Up

I flew in Friday to rest up for three Saturday events – the main cast event and two back to back events with Roger and Michael. It was fun that Rebecca surprised us with an appearance at the first R&M event, and briefly at the start of the second event, but I caught sight of a second surprise at their first event…. “Isn’t that Michael Fairman?” When you came back in the room I got my chance to ask for a photo with you! Saturdays events were so much fun. The panels were great fun and then what a surprise… Read more »