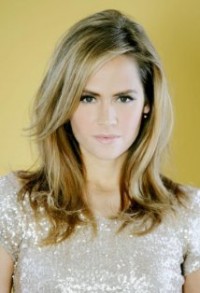 Natalia Livingston, best known for her role as beloved General Hospital heroine, Emily Quartermaine has joined the cast of Tainted Dreams in the role of “Liza Park.”

According to Tainted Dreams’ creator and executive producer Sonia Blangiardo, ‘‘Liza Park’ is an actress who plays ‘Ashley Black’ in Tainted Dreams’ soap within the soap, Painted Dreams.  ‘Liza’ is a woman in transition, making all the wrong choices in her personal life until she finally learns to listen to her heart and then finds strength she never knew she had.”

And for those who have been inquiring into when all of the production is going to be begin, Tainted Dreams will start principal filming in and around NYC July 29th.

So excited to see Natalia in a new role? Are you intrigued by the concept of Tainted Dreams and its cast? Comment below!

TODAY'S Y&R: Phyllis Blurts Out The Truth About Summer To Jack! – Watch the Preview!

I’m so happy about this, love Natalia

I am very happy to see Ms. Livingston back in acting. Her brief appearance on the 50th Anniversary show of GH made me miss her. I will definitely tune in. Look that amazing cast!

Never cared for her acting. Hope her career as a producer thrives

Good line-up so far; a lot of talent in one show. Watch out AMC and OLTL; love you both but Tainted Dreams looks quite promising. I am hoping that all (3) soaps will flourish big-time.

I always hoped GH would resurrect Emily and bring her back to reunite with Nikolas…but I guess not. I’ll definitely tune in to see what Natty can do with this new character.

natalia will be back on gh. i heard a big rumor last week. emily is alive and locked in the basement.

Can’t wait to see what Tainted Dreams is all about. I am so glad Natty is in this new show. I know it will be a great show with her in it.

Where do I go to watch this tainted dreams? Please email me back and let me know. Thank you.