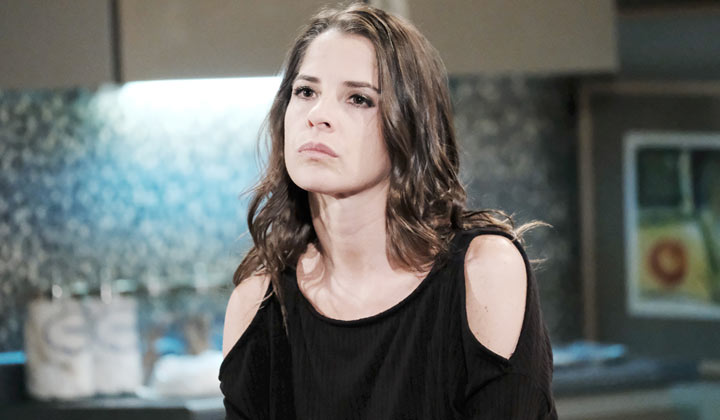 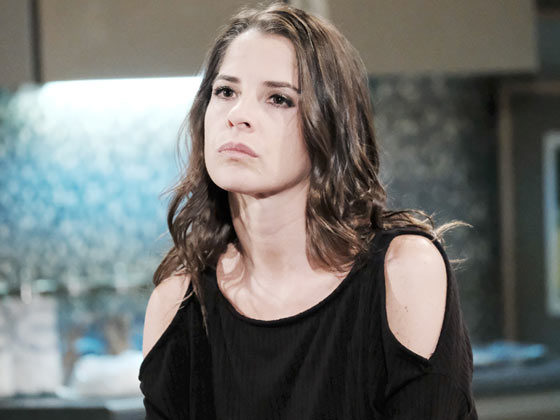 Sam awakens from a nightmare that Danny has no bone marrow match.  Connie checks in on Olivia, fishing for news of Sonny.  Later, Connie confides in Maxie about her conflicting feelings, and Maxie advises she go after her man.  Meanwhile, Olivia and Sonny realize nothing is standing in the way of their renewing romance after their Fourth of July kiss.  Kiki dreams about Michael.  At the hospital as she is tested as a potential bone marrow donor, she runs into Michael.  Meanwhile, Morgan confides in Ava that he fears losing Kiki to his brother, and she gives him (sketchy) advice.  As Maxie imagines herself as a mother, Ellie has a guilty conscience nightmare. Lulu wakes up from a nightmare that her baby has been taken, but Dante calms her down.  They decide to discuss baby names and go to Maxie for help.

As Sonny plots with Shawn to take down Franco, Franco tries to spark a relationship with Kiki.  Sam and Alexis plan to ask Franco to get tested as a potential donor.  But Alexis arrives only to see Shawn and Sonny beating up Franco to a pulp.  Alexis and Sam discuss her recent breakup with Shawn. Carly, Spinelli, Anna and Duke are all curious about Ava and her background.  Silas and Ava share a tense reunion, and they decide to meet for coffee.    Kiki and Michael break from their kiss when Brad arrives, catching them in the act.  He offers to stay silent in exchange for one night with Michael.

Silas pays Sam a visit ostensibly to visit Danny – but there’s more to the story.  Meanwhile, Ava reveals her relationship with Silas to Tracy.  Michael and Kiki reel from Brad’s blackmail attempt.  Britt tries to make amends by bringing a replacement doll for Emma.  Sabrina and Patrick question the validity of Britt’s health crisis since she is no longer on bed-rest.  Hurt by their accusations, Britt bumps into a new friend and finds comfort.  Laura is furious that Lucy went behind her back to secure Nik’s investment for Deception.  Alone with Scott, Laura realizes she overreacted due to her concern over Luke’s disappearance.  Scott pays Tracy a visit.

After lying to their son, Olivia calls Sonny out on his Franco hit.  They grow close start to move to the bedroom, just as Connie arrives at the door, interrupting.  Franco and Kiki warm as father-daughter over his injuries and desire to be a bone marrow donor.  When Dante arrives, Franco refuses to incriminate Sonny and Shawn.  Sam and Silas pay a visit to Heather in hopes she provides a bone marrow match.  They succeed with Silas’ help – only for news that Danny has more symptoms.  Looking after Danny, Molly and Rafe discuss their joy that Rafe will remain in Port Charles, but then they discover Danny has a high fever.  TJ is leveled when Shawn comes clean with what he does for Sonny.

Sam and Silas share an emotional moment over Danny’s downward progression.  Ava and Franco discuss their alliance.  Dante and Lulu discuss baby names. After a visit from her beloved late sister, Georgie, Maxie is resolved to tell Dante and Lulu the truth.  Ellie upends Spinelli with news that she has rethought her stance on having a family.

What did you think of this week’s action in Port Charles? Let us know in the comment section below?

TV Line Honors General Hospital's Kirsten Storms As One Of Their Top Performers Of The Week!

Any resemblance to what was GH is an illusion. Every step is a ploy to shove SilASS
at Sam. Fans are disgusted, and fed up with the continual trashing of history, characters, and all the little things that made GH our favourite show. NO MORE!
And using this baby illness plot to further their agenda is beyond reprehensible!!