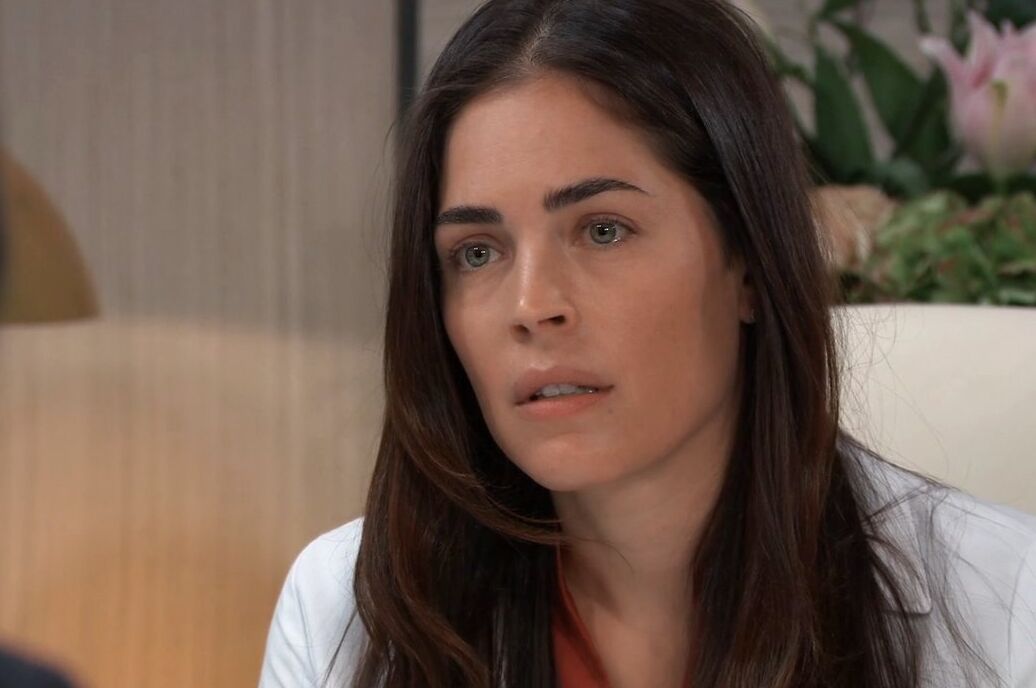 In heartbreaking scenes on last week’s episodes of General Hospital, Dr. Britt Westbourne (Kelly Thiebaud) gets the news she has feared for quite some time – that her battle with Huntington’s disease has progressed even further than she imagined.

The moments were all played with devastating perfection by Daytime Emmy winner, Kelly Thiebaud, who has GH fans know will be departing the ABC daytime drama series soon.

In story, Austin (Roger Howarth) set up a consultation with a Huntington’s Disease expert, Dr. Talone. When the three meet to discuss Britt’s case, she learns that symptoms she thought were stress from being on the run a few years ago, and when she was in prison, were the early manifestations of the disease.

After Dr. Talone examines Britt, she reveals that Britt now has the signs of stage three Huntington’s.  As for her prognosis, Britt will have ‘significant cognitive impairment’, and while she was anywhere between five to fifteen years in her lifespan, it could be as soon as eighteen months when Britt will need assisted living and full-time care.

When Dr. Talone exits, Austin offers to stay with Britt, but she asks for him to leave her office so she can be alone.  Once by herself and overcome with the news she received (and looking at her framed medical license and business card which says that Britt is Co-Chief of Staff of General Hospital), she finally loses it and tears up her office.  Cody (Josh Kelly) comes upon her, when she is left holding the necklace she found in Peter’s possessions which are the diamonds of the Ice Princess.

Britt is in tears and tells Cody that when she found out her father, Faison had died, she thought it was finally over. However, his reach extends far beyond the grave! Britt is in disbelief that she wasted so much time seeking his approval.  Cody tries to calm Britt down by telling her she is worth loving.  Britt remarks, “Even with what’s been passed down to me?”  Cody is confused and thinks she is talking about the necklace which now makes Britt believe that Cody was only into her for the diamonds. 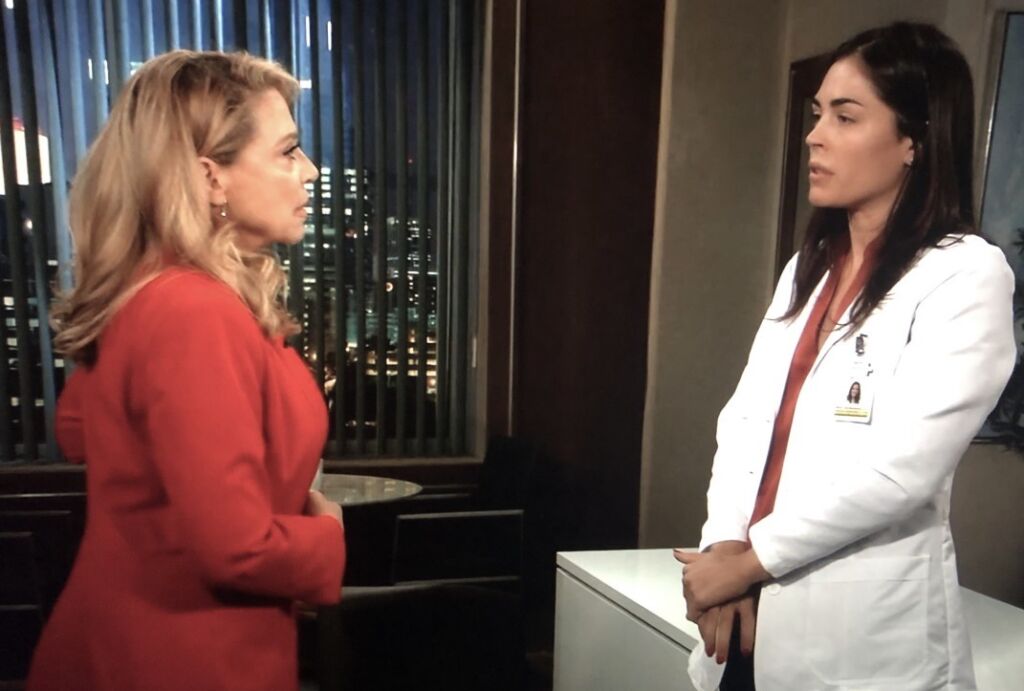 Later, in the most gut-wrenching and emotional scenes, Britt confesses to her mother, Liesl Obrecht (Kathleen Gati) that her disease has progressed. Obrecht wants to get her to a specialist in Toronto, but Britt says she just met with her and she informs her mother she has five to fifteen years to live – and a year and a half before she may require full-time care.  Obrecht promises they will fight this. An overcome Britt asks her to just stop because she doesn’t need a doctor … she needs a mom.  The two embrace, but Obrecht cries Britt deserved a better mother than her. Kathleen Gati and Kelly Thiebaud were extremely touching and effective in these scenes.

When looking at the totality of the arc of this story that played out last week, and the understated and beautiful work of Kelly Thiebaud, it is without question Michael Fairman TV gives our Power Performance of the Week honors to Kelly.

So, what did you think of Kelly’s performances as Britt learns what she will now be faced with in the years ahead and the aftermath? Share your thoughts in the comment section.

Kelly’s performance was beautifully done. Hope it’s not her final swan song on GH. And like others look forward to a remission from the disease in Britt’s future.

Kelly is great and really connecting with this story. And it gave me an idea: maybe the money they save on her salary could be used to purchase shampoo, conditioner, and a shaving kit for Cody. Just how grungy are they going to let him get?

Kelly’s performance, as always, is perfection. The story, however, stinks. We didn’t need such a vibrant, fun, character to be hit with a degenerative, fatal disease. GH just can’t get off the doom train. Still hoping “Britt” will return and we’ll find out this was some evil Peter and/or Victor plot.

Rebecca 1,
Every time I see her it makes me feel bad that she’s leaving GH so why invest anymore time to her SL? I do like her and Cody and also like her with Austin, but what’s the point?