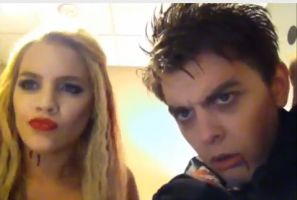 Leave it to General Hospital’s Kristen Alderson (Starr) and Chad Duell (Michael) to come up with another one of their hilarious and insanely cute videos just in time for tonight, Halloween!

Now as many fans know, today’s episode of General Hospital featured a Halloween Ball where many of the citizens of Port Charles got in the spooky spirit and headed to the Haunted Star in their respective costumes.  You can also see Kristen and Chad in the same costumes in their video as on today’s airshow, which means, they shot this during breaks from the taping of the Halloween episode which reportedly took two days to complete with the cast and all the scenes.

So after the jump, watch Kristen and Chad and let us know if you think they make good “vamps”?  And, if you enjoyed their impromptu videocapades?  And one more thing …  Happy Halloween from On-Air On-Soaps!

these two have great chemistry and are great to watch and look at. GH hit the jackpot, now for them to have a good story to unfold slowly. Love CD & KA together.

They are so crazy but cool lol

Love the video. Michael (CD) and Starr (KA) have great chemistry on and off the screen.

Awesome video! Such chemistry for friends! Hopefully more to come!!!

They are both cute & funny….And it looks like they had a lot of fun doing this video. And what sharp teeth you have!!!!! I liked watching this…A.J is dressed up and at the Halloween party….Wanting to get close to his son Michael..BOO!!!!!

They ARE cute together-and they have made more vids too…

that was a cute video and they are so cute.

this is so funny, thank for cheer me up,guys!!! Thanks!!!

hes a lot of some cole…..but 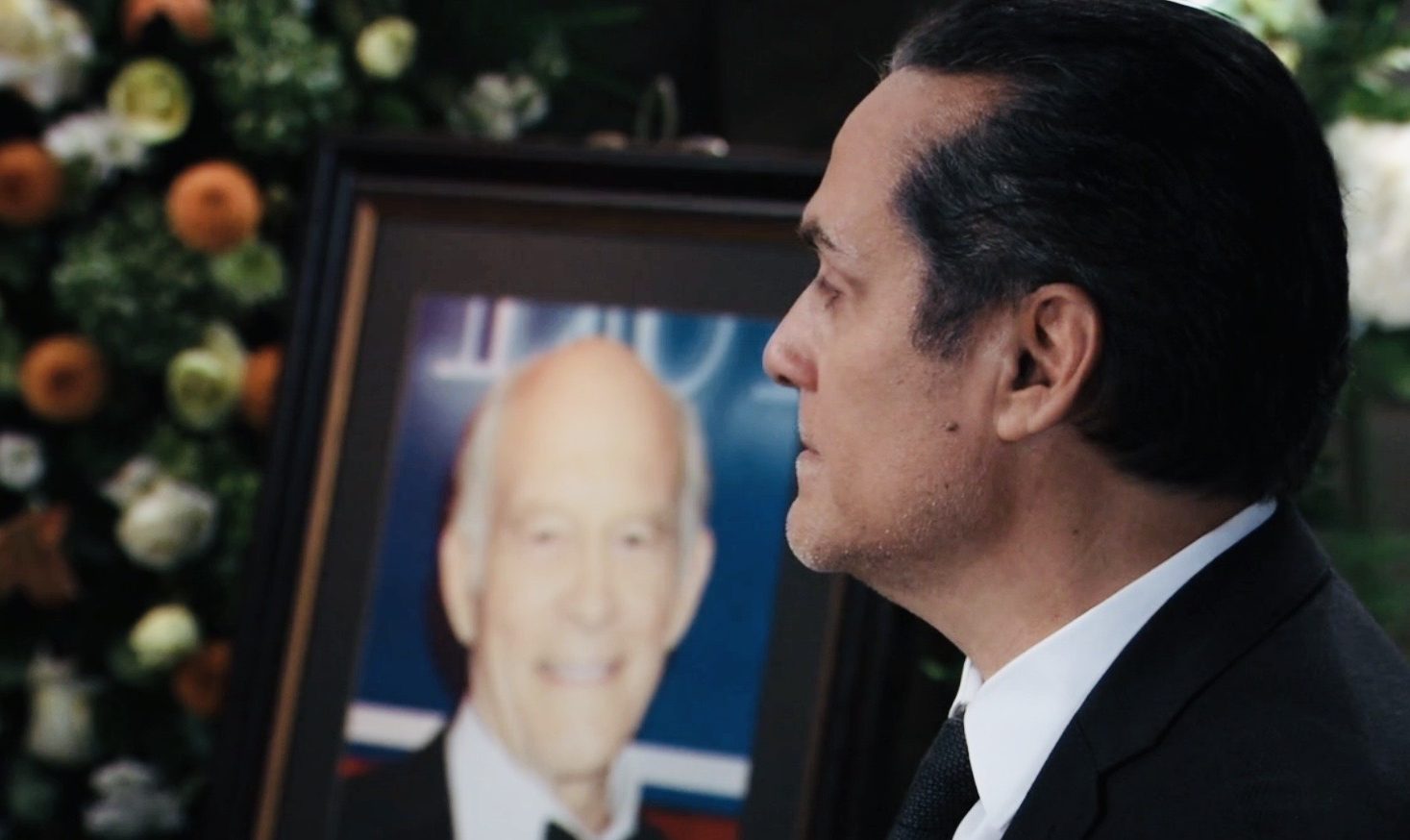 When a soap opera allows a full episode to stay in the story they are telling, it can often make for a riveting hour of television.  This was the case and then some on Thursday’s emotional ending to General Hospital’s Alzheimer’s storyline; when the character of Mike Corbin (Max Gail) was given a proper send-off – a funeral – and being eulogized by those who loved and cared for him.

When GH is at its best through the years has been when it tackles social issues of our time, and this story will stand among the iconic soap’s best.  The backdrop of the story was that of father and son, grappling with and coming to terms with the past, finding love, forgiveness and redemption against this most horrific of diseases that has afflicted so many.

In the episode, Sonny (Maurice Benard) and Carly (Laura Wright) go to church and prepare themselves for the emotional day as mourners come through and share their grief and condolensces and love for Mike.  Those included: Kristina (Lexi Ainsworth – back for this one), Stella (Vernee Watson), Olivia (Lisa LoCicero) and a touching moment between Diane (Carolyn Hennesy) and Carly where the legal eagle says to Carly that if she ever needs to drink and vent let her know.

As the funeral begins, one by one Mike’s family and friends say beautiful words of what he meant to them,. Michael reflects about how his grandfather loved to party and how he’d like them all to raise a glass for him. . Olivia, speaks on behalf of Dante (Dominic Zamprogna), and how close Mike and Dante were.  Ava (Maura West) talks about the love and kindness and joy he brought to little Avery. 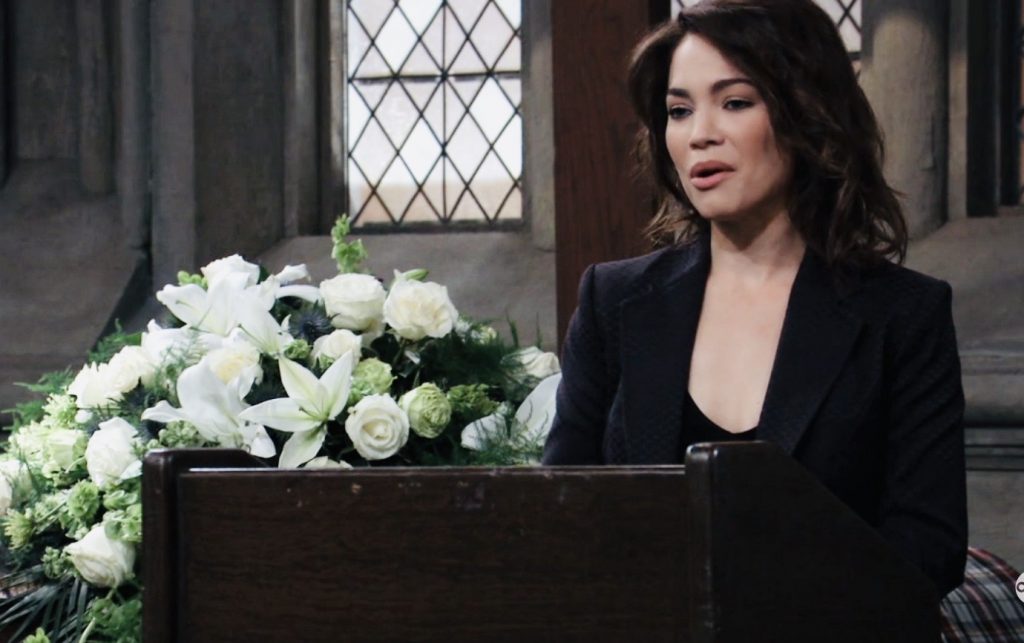 When Elizabeth (Rebecca Herbst) got up to speak, things became even more heartbreaking when she flashes back to a scene where she was having a terrible time and Mike was there for – always a great listener- but he tells he eventually, he will not remember her.

GH did a outstanding job of selecting scenes throughout the eulogies that punctuated who Mike was … and how he tied in to all of the characters lives.  Jason (Steve Burton) shared how he knew it wasn’t easy for Mike to come back and try to make amends with Sonny, but that no matter what, Mike kept trying to get through to Sonny to make things right between them. 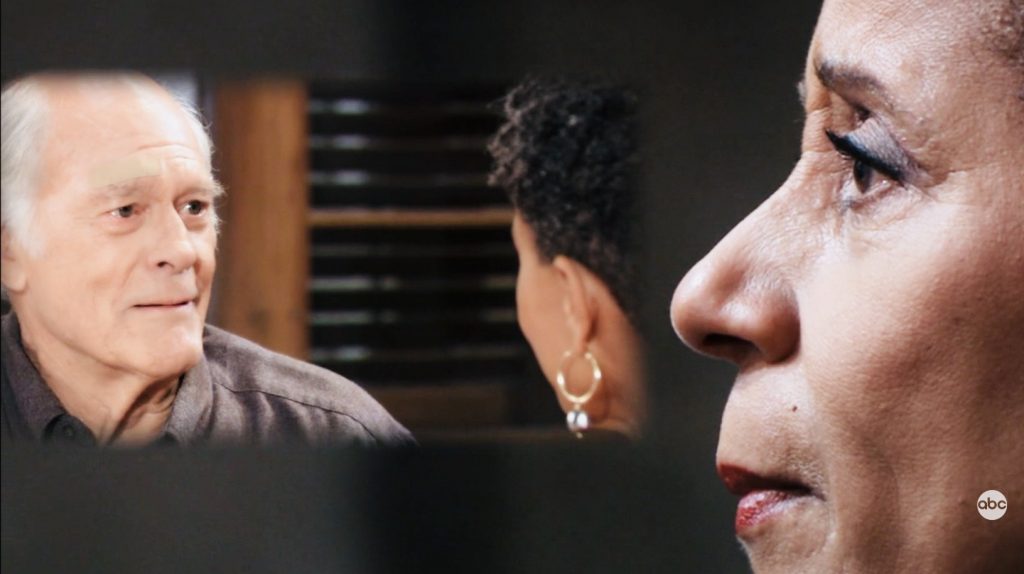 Stella’s moment was also heartbreaking recalling the man who became her friend.  Carly, who was the glue that held Sonny and the family together during Mike’s illness, shared her doubt if the family could handle Mike, and what was to come, but how Sonny helped his father find inner-peace..

When Sonny gets up to talk he reveals he had a lot of anger towards his father, and how the illness made him truly see the man his dad was inside.  Sonny tells his dad he is proud of him and how grateful he was that he came back into his life.   Next, Josslyn (Eden McCoy) sings as the mourners reflect back on Mike in a touching series of juxtaposed clips against the characters in the moment at the funeral. 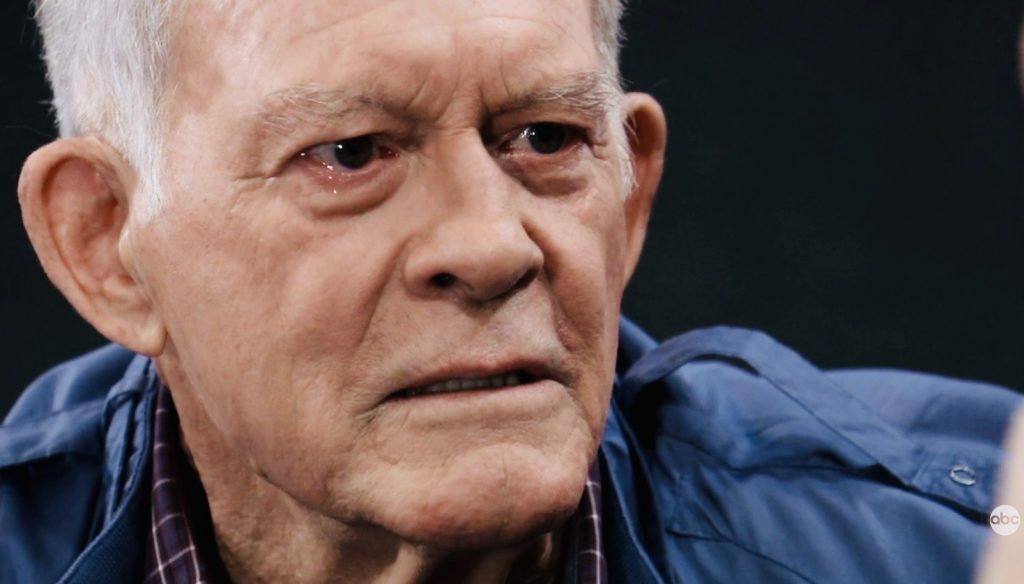 After the service had concluded Sonny and Carly talk how Morgan and Mike are together now, but Sonny asks for some time alone in the church. It is then Mike appears and tells his son it’s time he forgave himself, since Sonny forgave Mike.  He tells Sonny that he has made him very proud.  As he gets up to leave he kisses Sonny on the forehead and goes towards the light and to heaven.  Just after that, Dante appears at the front of the church, shocking Sonny in a beautiful analogy that now this father and son must deal with what’s ahead in their relationship, just as Sonny and Mike had done. 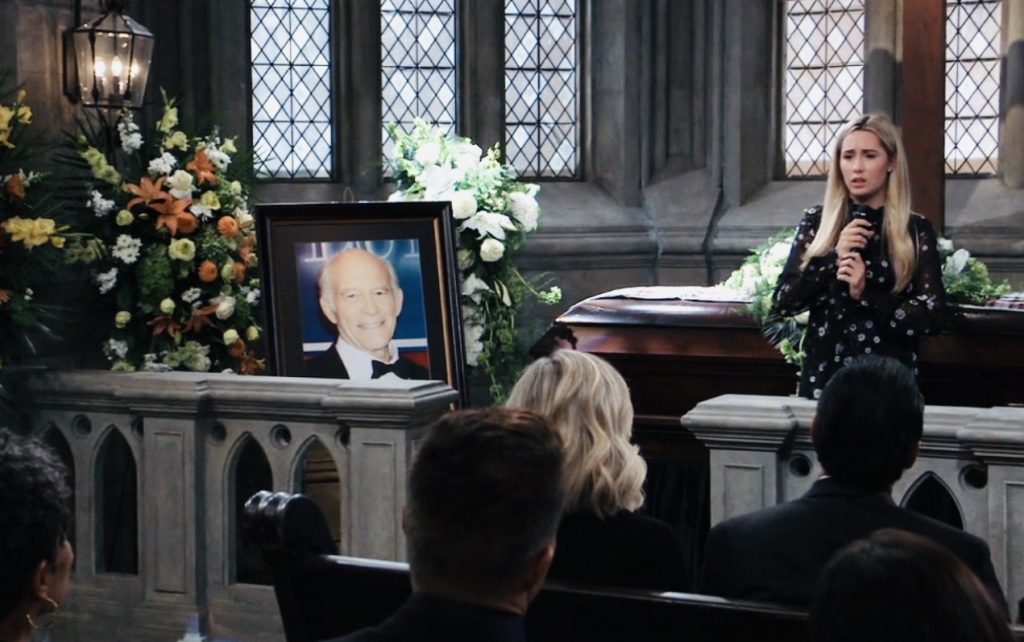 This episode featured beautiful work by Maurice Benard, and Max Gail and everyone in the supporting cast who had their moments.  It was an ensemble piece but led by Benard and Gail, who should both be receiving Emmys in 2021 for their work..