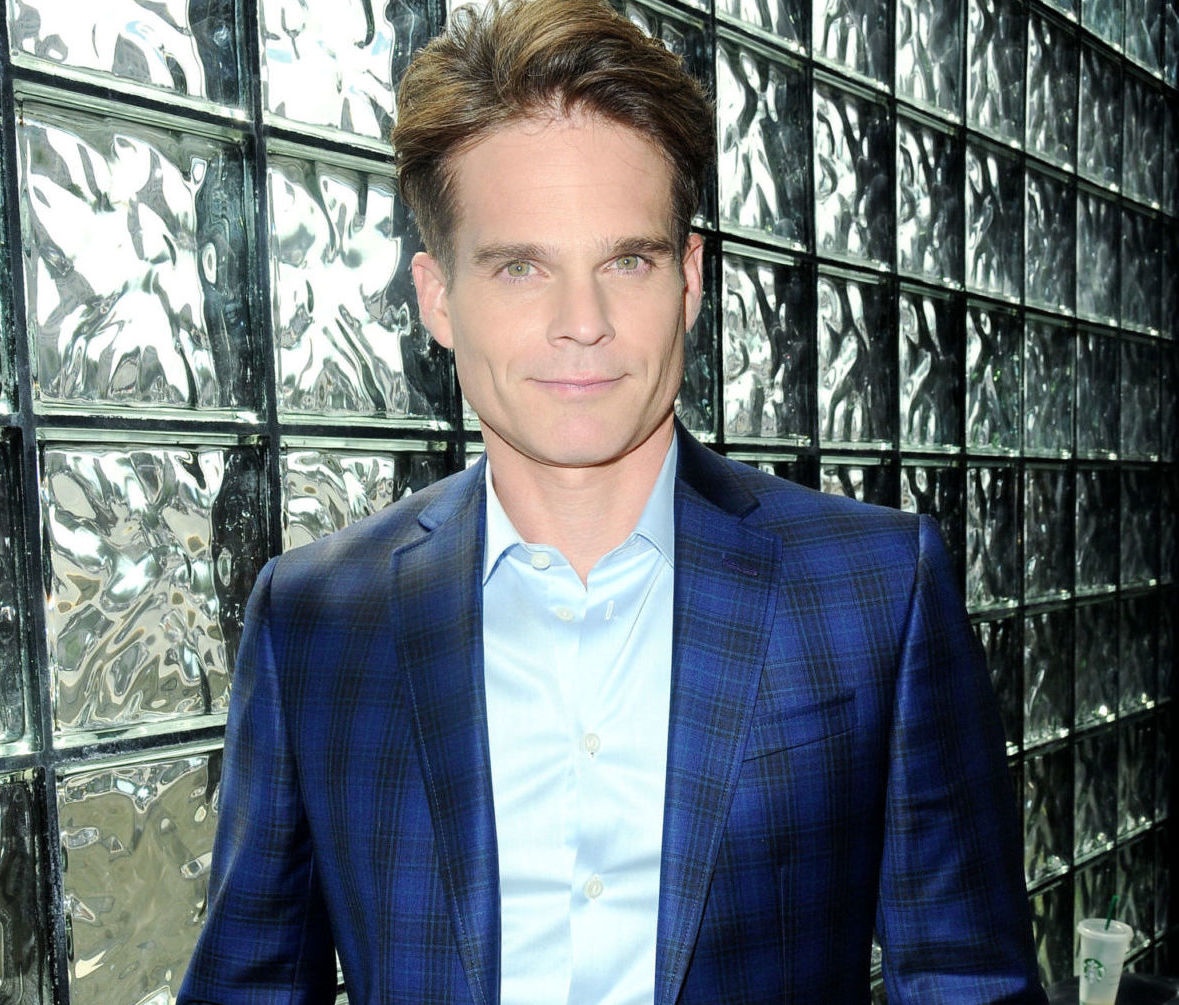 He took the Salem canvas by storm, earned a Daytime Emmy nomination for his role as dastardly Leo Stark and now following Tuesday’s airshow of NBC’s Days of our Lives, finished his run.  Greg Rikaart played Leo for all his worth and then some, a gay villain something truly not seen on daytime, previously.

With great zippy dialog and zingers from DAYS head writer Ron Carlivati and his writing team, Rikaart lit up the screen every time Leo trounced in to cause trouble in the lives of Sonny (Freddie Smith) and Will (Chandler Massey), and anyone else in his path in his quest for money and power (and flirting with a plethora of “straight” male characters in Salem).

However for Leo, every scheme ended up backfiring on him, complete with learning his evil mother, Diana (Judith Chapman) lied to him about John Black (Drake Hogestyn) being his bio-dad.

In a tweet on Tuesday, Rikaart said a public goodbye to the role by stating: “That’s a wrap on Leo. Thanks for all the love. Playing this role has been a gift. An absurdly fun and delicious gift.” 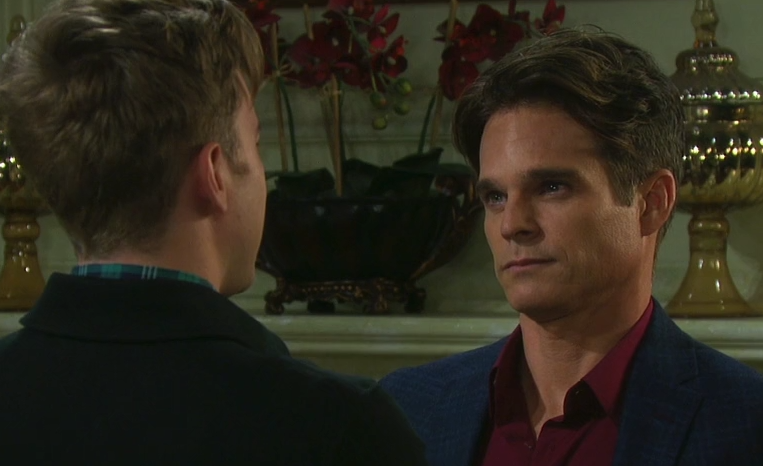 In story, after finally having no choice but to sign Sonny’s annulment papers of their bogus marriage, Leo gives the ‘Evil Eye’, a curse, and stares down and puts in on Will.  Later, Will develops a terrible headache and is not feeling well, setting the stage for the next leg of Sonny and Will’s attempts to finally be together once and for all, problem free.  But this is a soap after all, right?

So, sad to see Rikaart’s Leo exit the canvas? Do you hope they write the character back in somewhere down the line?  Share your thoughts via the comment section below.

Leo was so much fun to watch. Greg is a fabulous actor. I truly wish him well and hope against hope that Kevin comes back to Genoa City sooner rather than later.

He was fantastic in this role, especially the scenes shared with Judith Chapman “Dianna”. I hope they both return to Y&R.

Wouldn’t thst be fantastiv,Toscanti?!…Two of the best actors!!
Greg is so authentically versatile. We have seen him act the infuriating maniacal menace transforming into this really good guy ( Kevin, Y&R).
Both brought drama, comedy and hope to DOOL—-
My interest has been piqued regardless of their exiting the show….
Is Rafe Jordan’s baby’s father ( if there really is a child)?
And, is Melissa Haley’s mother? Not her sister?

Y&R is rebuilding and Greg is a block that it could use!

I am so sorry to see him go. I love Greg. He’s terrific in that role. I loved seeing him leap across the table to strangle his mother. That was priceless. They should keep Leo around. After seeing the horrible person his mother has become, Leo could slowly reform. I’m really shocked to hear this. I expected him to stay and Diana to go off to prison. Maybe they aren’t finished with her yet since she has a connection to the rotten snake Ted. Whatever happens, I wish Greg much success in his future.

Yes, what is going on with Diana and Ted? I thought her connection to him would mean she would get off. I was not expecting them to leave now. I want them on forever!!! Kinda disappointed they made John not Leo’s dad.

I have to say this kinda sucks because it was fun watching a gay villain on a soap. I think Greg was hilarious when his character would go after the straight men in Salem.

HOWEVER…I wouldn’t mind seeing him back on Y&R and Genoa City. His other character, Kevin Fisher, was alot of fun to watch too. Maybe there’s a certain soap god listening to me?…

And Leo with Gabi! Priceless. So many good scenes.

Am sorry for Mr. Rikaart to leave DAYS but could it mean a return to Y&R? Look, if a return of Adam is in the works as many here speculate, then the whole reason for Chole’s underground life is unnecessary. Like the course correction that seems to be playing out currently — JT is alive! Brain tumor caused his evil actions? Do over? — Adam’s return would nullify all that stupid story about Kevin and Chloe. Also, DAYS does gay right. Y&R could take a lesson here. I liked Leo Stark and the pairing of Mr. Rikaart with Judith Chapman… Read more »

I would like to see Leo stay in Salem and on a road to redemption. I will miss seeing Greg Rikaart on the canvas.

I didn’t know yesterday was his last show. I’m super sad to see Greg and Leo go. He brought humor and fun to the show. And an awesome wardrobe and fun dialogue. “I”m half Black.” Calling his mother Meryl Streep. LOL

He was a bright spot on the canvas. You could tell he was having fun.

He did a great job, sorry to see funny Leo go, he was an interesting character

I can almost tolerate Leo if they give him something else to do besides come between Sonny & Will. But for Hell’s sake his bug eyed lunatic mother has to GO!

Good! Now Kevin can come back to Genoa City!

Maybe he’ll return to Young and the Restless ; however, I hope not because I’ve never liked him on that show.

They keep rotating characters on this show so when some leave it doesnt mean the end…also rumored to return is Bo Brady!!!!

Greg had a good run, making us laugh as well as hate him. I hear good old mom will be sticking around for a while. Can’t believe we will have to see this crazy curse thing continue with Will. So disappointed that he would be so susseptable, if that’s the right word, to something like that. Anyway, hope Greg finds his way back to GC, minus Chloe. Bad enough seeing her in PC. Thought she was leaving soon.

He was a breath of fresh air. I do hope they bring him back. With all the build-up, I thought he and Judith (Diana) would be in Salem a lot longer. They sizzled as son and mother.

Oh no not another one.I liked Leo he was so funny and those loud suits he would wear are something else.I thought this actor would be on the show for awhile.Everyone keeps leaving Days.Why?I really enjoyed watching him even though he could be a pain in the a-s.He made me smile something I so needed.Hope he will come back soon.