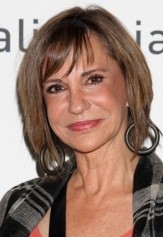 Some good news over at The Young and the Restless!  After all the pink-slips and departures, fan favorite Jess Walton is on her way back to the number one soap to reprise her role as Jill Foster Abbott!

According to Nelson Branco at Soap Opera Uncensored, Jess is on her way back for a story arc that will last 4-6 weeks.  Walton told Uncensored, “I return on October 5th.  It’s a great story.”

So soapers, what could the story be?  Will Colin (Tristan Rogers) be far behind?  Will it reunite Jill and Katherine over a common cause, person, or reignite their feud, yet again? Or, it could be kid trouble?  Some blast from the past?  Weigh-in and let us know if you are excited about the return of Daytime Emmy winner Walton, even if it’s short term?

READ MORE
Ashley Jones Makes a Return to The Bold and the Beautiful
Related Topics:jess waltonJill Foster AbbottThe Young and the Restless
Up Next

Eric Braeden Inks New Deal With The Young and the Restless!

DAYS Freddie Smith Opens Up About The Future of Sonny & Will's Romance!

Jess Walton is amazing! Good to have her back.

Jess Walton, welcome back. The show would not be the same without you. Congrats on the new Grandbaby.

Love Jess Walton &Jill. Hopefully, she’s coming back to say goodbye to Cane & Lilly and will stick around to comfort Katherine as she bids farewell to Tucker. Kinda mean, I know but those are 3 characters who need to go.

Great news! I too wish it were longer, but maybe she will do this every 4-6 months or so and stay for a while.

I hope that her story is with Tristan Rogers. They have so much chemistry together.

Fantastic news! This was Bill Bell’s favorite character and it’s why after getting rid of the Foster’s and Brooke’s family he kept only Jill and built years of story line around her. Many fans and primarily newer viewers fail to realize or perhaps may not know that Victor or Nikki are not the true heart of Bill Bell’s YR, it has always been Jill Foster who is a true legacy character from the very beginning of YR. Jill should remain until YR goes dark.

Wow, that is a blast from the past to hear the Brooke’s and Fosters mentioned again. Once upon a time Genoa city had residents that were not all mega rich like today. Yes, we had the Chancellor’s, the Brooke’s and the Abbotts, but we used to have blue collar families like the Fosters, the Williams, Stevensons and the Reeds. I miss Jill as Jill Foster- not Jill Katherine’s long lost daughter or now Jill, Lauren’s half sister, but poor girl Jill envying the world of the rich, elbowing her way in, only to find it filled with people who had less class than regular folks at home. Ahh those were the days. Yep, early Jill Foster define the show, she was the one who was truly young and restless. Thanks Teri for trip down memory lane.

I totally agree. I just wish the part was still being played by Brenda Dickson…the only REAL JILL!

What a four/six week story and then she leaves again? Is that what she will do, back and forth to oregon like Trisha does to Tennessee?

Welcome back to the sorely missed Jess Walton!! Jill’s presence has been missed tremendously and I’m so excited for her return! She is sooooo underrated and is definitely one of the legacy characters that keep me tuning in! Brava, Jess!

Love her and glad she is back. Jill needs to be more front and center and become more true to what her character really is. Hope the new writer and JFP can make this happen.

I’ll take what I can get, but why, why isn’t this long term?
I’m sure she was expecting to come back full time after her leave of absence.

She moved up north so she is not in Los Angeles anymore. It would be hard for her to work full time now.

Jill has been sorely missed! 4-6 weeks is better than nothing!

I am glad to have her back. I have watched Y&R from the very first episode.

I am glad Jill will be back. I have been watching Y&R since the first episode.
Love The show. I hope it never ends………

What do you mean – even if it’s short term ?
Do you know something we don’t ?
Y&R needs Jill – she’s part of the fabric of the show.
I hope she has a really great story when she returns….instead of the gobble-de-goop they’ve been serving up lately.

I can’t wait until she’s back. She is the young and the restless. I hope she’s back with a vengeance and a great story line.

READ MORE
All Soaps Now On Production Breaks Due To Coronavirus