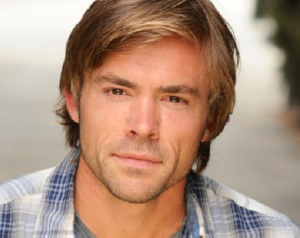 Final casting announcements were made today for the upcoming digital series Winterthorne!  One Life to Live alum John-Paul Lavoisier  (Ex-Rex) and Days of our Lives alum Kevin Spirtas (Ex-Craig) have joined the star-studded line-up.

Lavoisier has been cast as Hugh Cambridge, a handsome and mysterious man from Miranda’s (lead actress Martha Madison) past. Hugh is hell bent on becoming a member of the Winterthorne family and Miranda has severely underestimated his intent to seduce her.

“John-Paul has a great edgy quality that I wanted for the character of Hugh,” explains  series creator and Emmy-nominee, Michael Caruso, “John-Paul is fantastic at creating subtle, smoldering layers with his acting that will build into something dangerous within the character.”

“I’m so happy to be working with my old friend, the very talented John-Paul,” adds Emmy-nominated director Sonia Blangiardo, Winterthorne will exceed expectations with him involved as a part of this amazing cast.”

Kevin Spirtas has been tapped to play Dominic Delacort in the new online series, Winterthorne. The character is described as a major player within the family. He has been charged by the Winterthorne women to train their husbands and future husbands in the art of making candy. There is a sense of wonder within him alongside a sense of
true bitterness for being controlled by them.

“Kevin is a wonderful actor,” says series creator and Emmy-nominee, Michael Caruso, “And I think what struck me about him as perfect for the part of Dominic is the sense of mischievousness he possesses.

Dominic is a character that has been put in a very specific position of power by the Winterthorne women, and yet he’s powerless at the same time and we really see him struggle with that.”

“Kevin is not only a delightful person, but an incredibly talented actor,” adds series star  Martha Madison, “I loved watching him play the devious character of Craig Wesley on Days! He made it fun to root for the bad guy!”

Interested to see John-Paul and Kevin back on your screens in Winterthorne? Let us know!

Y&R's Hunter King Makes Her Feature Film Lead Debut In "A Girl LIke Her" Which Also Stars Ex-GH's Lexi Ainsworth!

wow
the internet soap (on the internet the word soap opera is never said/used– so, the web series Winterthorne is going to be good!!
There are some really great ex soap actors as characters in Winterthorne .. I’m looking forward to seeing them all, again..
I, as millions of others, have a smart TV , internet tv, so for me it will be like watching a tv show, no difference..
I’m excited for Winterthorne to begin..

Happy to see JP again! I thought he was great on OLTL, and I look forward to seeing him on Winterthorne! Good luck to both he and Kevin, and everyone else involved with this endeavor.

Congratulations to John-Paul. I thought he did a great job as Rex.

Very cool. I really would love to see Kevin Spirtas and Patrika Darbo (Nancy and Craig), return to DAYS with Chloe. I loved when they were on the show.

I would love to see John-Paul Lavoisier, resume the role of Lucky Spencer on General Hospital, or join DAYS OF OUR LIVES as a new love interest for Theresa, Abby, Nicole, or Paul!!! 🙂

or, he could be the new Philip on DAYS.

The cast keeps getting better and better! This show is shaping up to rival any network or cable channel shows. I love John and Kevin, their work have always been top notch. This series can’t come soon enough.

When will one of the TV soaps pick up JP. His unique energy is missed.

Honestly, there aren’t enough soaps on air to hire every former soap star.

I have always had a weakness for John-Paul. He makes any character he plays come to life….he is that good. He is a multi-dimensional actor and always, always adds his own spin to any role given him.
I am so ecstatic to see him again ….on any screen. He has been invisible for too long. The best to you, John-Paul.

Oh, yes, Jimh. I would love for John-Paul to replace the role of Brady. I know, at least, J-P would not go around moping, looking for love wherever he can get it.

Yeah, I thought JP would make a great Dillion Quartermaine, too.
Or even better, Lucky Spencer. I could see JP also as Shawn D, but not Eric Brady, I wouldn’t want JP to play Eric, the writers have really ruined Eric in my opinion.

Oops,, jimh. I guess I goofed. After re-reading, I realized it was Eric, the holier than thou ex priest, whom you meant. Well, as I said, J-P can play any role….either Eric or Brady. Wouldn’t it be grand if he actually did?

I had forgotten about that comedic trait abou J-P, Lou. You are right, of course. He’s just a great actor all around.

Congrats to JP. This show has a great cast. I will definitely check it out.

Love John-Paul. If I remember correctly, he was very bummed about leaving NY after the demise of OLTL. Would have loved for GH yo have picked him up. Best to him…good actor.

Still think he would’ve been awesome as Billy Abbott.

Looking forward to Seeing John-Paul as he is my son! Always proud of all his work!!