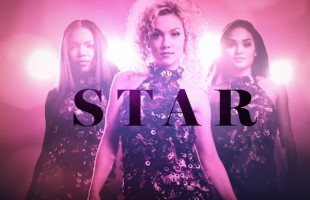 In the perfect timeslot for a new series to debut, Fox has slated Empire’s season 3 fall finale in a special time at 8PM, so it will be followed by the premiere of Lee Daniels & Tom Donaghy’s highly-anticipated new soap opera, Star at 9pm.

Star follows three talented young singers, who are desperate for a new start and with ambitions of stardom, as they navigate the cut-throat music business.

The series stars: Queen Latifah as Carlotta and Benjamin Bratt as Jahil, and newcomers Jude Demorest as Star, Ryan Destiny as Alexandra, Brittany O’Grady as Simone and Amiyah Scott as Cotton.

The series also will feature guest stars such as Lenny Kravitz, Naomi Campbell and Tyrese Gibson, and will feature a  soundtrack filled with original music and performances.

All new-episodes of Star will resume in the series regular timeslot on Wednesday, January 4th at 9 PM.

Watch the first trailer for Star after the jump.  Then let us know your initial reactions to it, and if you think Star will become another hit series like Empire! Share your thoughts in the comment section below!

After it’s premiere, all-new episodes of Star will resume at the show’s regular slot beginning on Wednesday, January 4th at 9 PM.

Bree Williamson Ends Her Run On General Hospital; But Will Claudette Be Back Sooner Than Later?

Judith Chapman Returning To The Young and the Restless!

Lee Daniels & Tom Donaghy (Empire creaters) and Pratt, he landed a great one to work with them..

It dumped on my hope; Pratt and Carlivati new writing team of GH … 🙁

Cant say I am overly excited about watching fame hungry whores. We are bombarded with that everyday in reallife with the Kardashians and “reality” t.v.

Dylan, I believe you mean ‘KarTRASHians’…

their mother is trash

I don’t really plan on watching, but good luck.