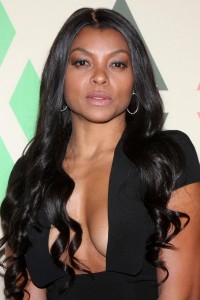 The hip-hop sudser that will continue right where it left off when it bows for its second season on September 23rd at 9PMEST, and will feature a split  18 episode order from the network – 10 for the fall will air, and then a break, and then final 8 episodes in the spring.

But what was most intriguing to learn was that Empire creator Lee Daniels does have a spin-off in mind for the mighty soap opera, and it would feature a young Cookie Lyon.  The adult Cookie is played by Emmy-nominee Taraji P. Henson.

Now watch the just released trailer for season two of Empire after the jump! Then, let us know would you like to see another soapy spin-off featuring a young Cookie and her “fam”?  Comment below!

I hate when series have spinoffs. Just keep making Empire great and focus on that. Divided attn will hurt both shows.

I know richard..one show blows up and it’s immediate sequels and brought to you by..while the original gets lost in translation and quietly disappears..DON’T DO IT FOX..

I am soooo ready!!
Empire has it all, it keeps me on the edge, I like that..

I am counting down the days! Terrence and Taraji rules!

Please! DO NOT SPIN this show off. Both shows will end up suffering if they do.
Empire is a unique show and fun to watch. Why insult it by creating a copycat show?

This idea seems stupid (to me). The network should focus on the current show. Many shows like Empire (Revenge, the OC, etc.) have started off gangbusters and then adjusted/fizzled. I expect no less from “Empire” despite its strong first season.