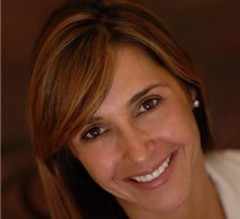 According to Broadcasting & Cable there is a new face that will be part of the daytime team at ABC.  Lisa Hackner has been named executive VP of daytime and syndicated programming at ABC Entertainment Group, overseeing first-run development and production.  Hackner will report to Paul Lee, president of ABC Entertainment Group.

So, what do you think this executive move means for the ABC Daytime line-up?  Will Hackner be looking for potential new talk shows for the line-up?  Will she eventually get involved with GH?   From the looks of it, she has more experience with courtroom and live talk programming.  Weigh-in!

Y&R's Elizabeth Hendrickson Opens Up About Delia's Death and the Audience Reaction!

So, the three shows listed are no longer on the air? Hmmmmm.

If she was smart she would bring back one life to live back to the abc lineup .

Sounds like ABC is going to get more shows that will get canceled quickly.

Correct the terrible mistake ABC made three years ago, work with PP and bring our soaps back! The Revolution. EPIC FAIL!! GOOD AFTERNOON AMERICA. EPIC FAIL!! KATIE. SOON TO BE CANCELLED, ANOTHER EPIC FAIL!! The Spew, not exactly grabbing Americas attention so do the right thing. Put All My Children and One Life to Live back where they belong! Back on ABC!!!

My ABC boycott since they nixed AMC and OLTL only allows for me to watch GH. This woman’s experience doesn’t seem to relate to soaps, but instead more of ABC’s low quality talk shows. Unless ABC plans on buying back AMC and OLTL and putting those back on network TV, I have no interest in what they’re up to here.

She can leave Frank and Ron alone because they obviously know what they are doing with GH. They dont need her to screw it up.

I agree…Frank and Ron should be charge of GH, and maybe they should be in charge of ABC daytime as well!!!

Horrible news! If that is the type of shows she is about we are in trouble!

She should be a perfect fit for ABC since she has work HACK in her name.

That’s half the job description right there.

Remember! ABC knows what people want to watch. Or the one’s who watch ABC!
Soaps are a dead medium…remember!
Miss Hack…a puppet on a networks strings.

These corporate recycled hacks should just crunch numbers and leave the running of shows to the creative people.