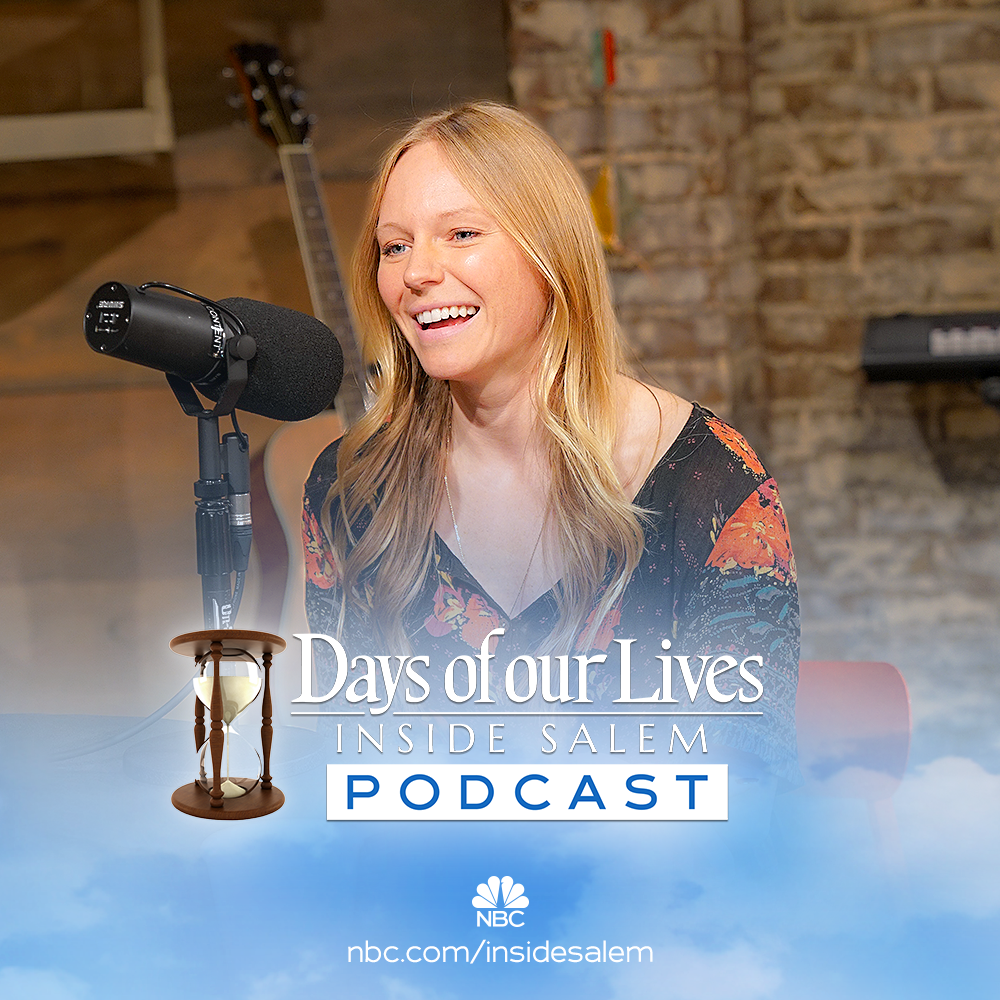 This past week, Days of our Lives viewers watched the final performances of Marci Miller in the role of Abigail Deveraux as the character gets committed back to a sanitarium thanks to a revenge-filled plot by Gabi Hernandez (Camila Banus).

Those episodes marked the last airdates for Daytime Emmy-nominated Miller, who made the decision to exit the long-running NBC series after two years in the role.

But even though fans and castmates shared their sentiments on her exit on social media, what they didn’t know is that Marci made one final recent trip to Salem to tape the latest episode of NBC’s “Inside Salem: Days of our Lives” with host Michael Fairman.

During her interview. Marci talked on: her decision to exit the show, her final scenes, her co-stars including Billy Flynn(Chsd), Tyler Christopher (Stefan) and Camila Banus, what her favorite scenes were during her time with the show, and the challenges she faced playing the DID storyline (Disocciative Identify Disorder) which called upon her to play multiple roles at the same time.

Later in the episode, the podcast goes to the recent Day of Days fan event, where Michael attempts to stump attendees with Days trivia.   How did the fans do? Did they mostly get the right answers, or were they given the fateful buzzer?

In addition, the Days cast in attendance weighed-in on what the fans were saying to them the most when they met them at the event, as Michael spoke with Bill and Susan Hayes, Olivia Rose Keegan, Kassie DePaiva, Gilles Marini, Melissa Reeves, Camila Banus, Casey Moss, Judi Evans, Suzanne Rogers, and many more.

The latest episode is now streaming at NBC.com and you can go directly to the link here.

And on Monday, the episode will be available for download on iTunes, Google Podcast and more.

So, let us know what you thought of the latest episode of “Inside Salem: Days of our Lives Podcast’, Marci’s interview and more via the comment section below.

Hayley Erin Signs Off From GH: “RIP Keeks …. Thank You For This Wonderful, Wild Ride In Daytime”

Well miss you dearly.You are my favorite Abigail ever. Good luck to you in your life and work.Hope too see your beautiful face again!

Marci is a class act who brought depth and dimension to the character of Abigail. I’m happy to learn what’s next for her and wish her much success. I’ll miss her as Abigail.

Marci Miller was too talented and rare actress to have such a stupid storyline this past year. Even up to the very end her Abby wasn’t able to get the upper hand on Gabi and Stefan. I like Kate Mansi and look forward to seeing her again, I just wish that MM’s Abby would have gotten revenge on the a-holes Gabi and Stefan. It’s obvious the show loved writing for Marci’s Abby, just wish she had a decent story. I wish Marci Miller all the best, whoever gets her next is really lucky.

I have grown to truly love Marci. i never thought I would….not after Kate. I will miss her. I expect “Abbi” to be true to herself, come home, reject Chad, and finally take her kids…..please writers!! Get rid of Gabi. She deserves to be in a mental institution; a worse punishment than prison!! Karma is GOOD!! Karma is JUST. LOL. Aside—–Salem’s neonate ward is very lax with its protection of newborns from germs. Stefan and Jenny were breathing on that baby’s face like ‘nothing else’ . The baby was born early; not exactly a premie ( very close)…….so, why were… Read more »