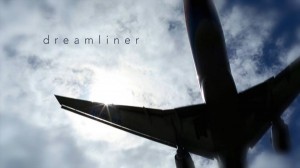 The short is entitled Dreamliner, which is once again written and directed by Easton and which stars St. John.  In the story, a husband believes his wife was a passenger on a plane that crashed.   Both men are named producers on the new film project.

Meanwhile, General Hospital fans are abuzz with Easton’s upcoming return to the series in a brand new role.  Last time viewers saw the popular fan favorite, he portrayed Dr. Silas Clay who was murdered with a knife to the back.

So, looking forward to Michael and Trevor’s new film project? Share your thoughts in the comment section below!

Y&R's Billy and Victoria's Wedding Planner Revealed And It's … The Price Is Right's Gwendolyn Osborne-Smith!

GENERAL HOSPITAL: Paul Admits To Anna He Killed Sloane … But That It Was Revenge For His Daughter Susan!

Trevor St. John is great. He and Michael Easton work great together. I hope I get to see Dreamliner.

O how i wish we could have Trevor as the new Steven Lars Webber 🙁 that would be so amazing!! Imagine him in scenes with Heather Webber and his step bro Franco

Best of the best to all their endeavors. Two of my favorite guys.

LOVE Trevor St. John! He ill be in a new series on the CW, CONTAINMENT. It premieres Tuesday, April 19 at 9/8c

Would it be weid if St John took over the role of Adam if Hartley leaves? I’m saying he is, but if that were to happen, he would be Todd/Victor 2.0

Ultraviolent and now Dreamliner, both written and directed by Easton and with St. John staring, is awesome good..
Easton’s writings/books are eerily exciting, and Easton and St. John together are TNT!

The two actors appear to have a great work ethic along with lots of integrity. Bravo!