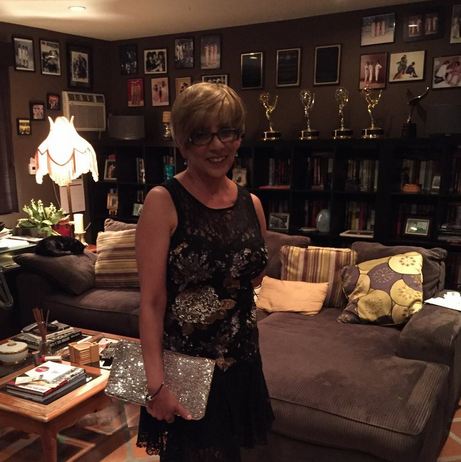 Looks like Wendy Riche (former EP General Hospital and now EP with The Bay) will be reunited with her former GH scribe, Michele Val Jean, when they work together on the upcoming season of the Daytime Emmy Award-winning Digital Drama series, The Bay.

In a tweet on Monday from The Bay the Series official twitter account they made the officialannoucement of bringing Michele’s talents to the world of Bay City: “We are thrilled to welcome 7x Emmy Award winning writer Michele Val Jean (B&B, GH) 2 our writing team. #Bayhem #BingetheBay #AmazonPrime”

Val Jean will remain with The Bold and the Beautiful where she has been with the team for five years now, and will also write for The Bay.

Michele shared her excitement at joining the scribe team of the digital drama relating in a tweet: “Excited to be part of the #Bayhem family with so many talented people & a few old friends.”

The Bay is currently shooting all-new episodes for its next season which looks to be its best yet with many behind the scenes additions in the production and writing departments, and some exciting recent casting news including the addition of guest star, Victoria Rowell (Ex-Drucilla, The Young and the Restless).

So, what do you think of Michele adding her talents to The Bay’s writing team? Comment below!

Days of our Lives Celebrates Its 51st Anniversary Today!

DAYS Marci Miller On Taking Over The Role Of Abigail: "I Want Her to Be Relatable"

Adding Michele to the roster will put The Bay over the top ! The series just got a very big boost with this talented writer!!!