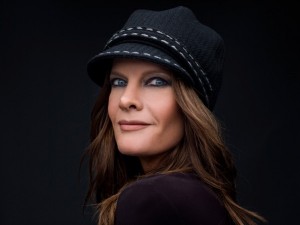 In a can’t-miss season finale of The Stafford Project,  Michelle Stafford has gathered together some of the most wildly popular stars of the soap opera genre to take you on one hell of a journey in the Christmas episode/season one finale of her web series, all rolled into one!

Stafford informed TVG that the cast are kind of playing themselves with a twist:  “Christian is playing Michelle’s good friend, Christian, which he is in real life. Finola is playing an Emmy-winning actress named Finola, who is a horrible woman, as you can see in the preview clip! (Laughs) Basically, most of them are playing characters who drive Michelle crazy. I have always wanted Christian to be on this series and say, ‘Oh, God, Michelle, I begged you to get therapy,’ which of course we ripped off from Tootsie! We also wanted to bring in the scent of a love interest — something that might blossom into the real thing in Season 2.  Michelle can’t just keep going on bad dates.  What does she do when, after a long string of bad men, she actually meets a good one? I notice something very interesting about single women who get so used to the bad — they can’t see the good when it’s right in front of them! So that’s what we want to ask in the second season: Can Michelle actually have a good, positive, loving relationship with a man, or does she screw it up?”

The season finale of The Stafford Project will be posted on Saturday, December 21st!  And look for On-Air On-Soaps video interview with Michelle Stafford later this week prior to the finale!

So, what do you think about the list of soap stars appearing in the finale of The Stafford Project! Who are you looking forward to seeing the most?  Let us know!

TONIGHT: Live Tweet With Michael Fairman and TVGN The Premiere Of Who Shot The Daytime Soap?

Has Sharon Case been in any or Stafford’s projects?

I just can’t wait to see the finale, awesome show.

RIGHT ON!! I am loving this series and the finale promises to be its best episode yet; especially since she’ll be reuniting with Christian LeBlanc! I adored those two when they shared scenes on Y&R! PLUS, who could turn away from anything that Marco Dapper is on!?!?! You had me at Carmine! 🙂 Congrats to everyone at Stafford Project!