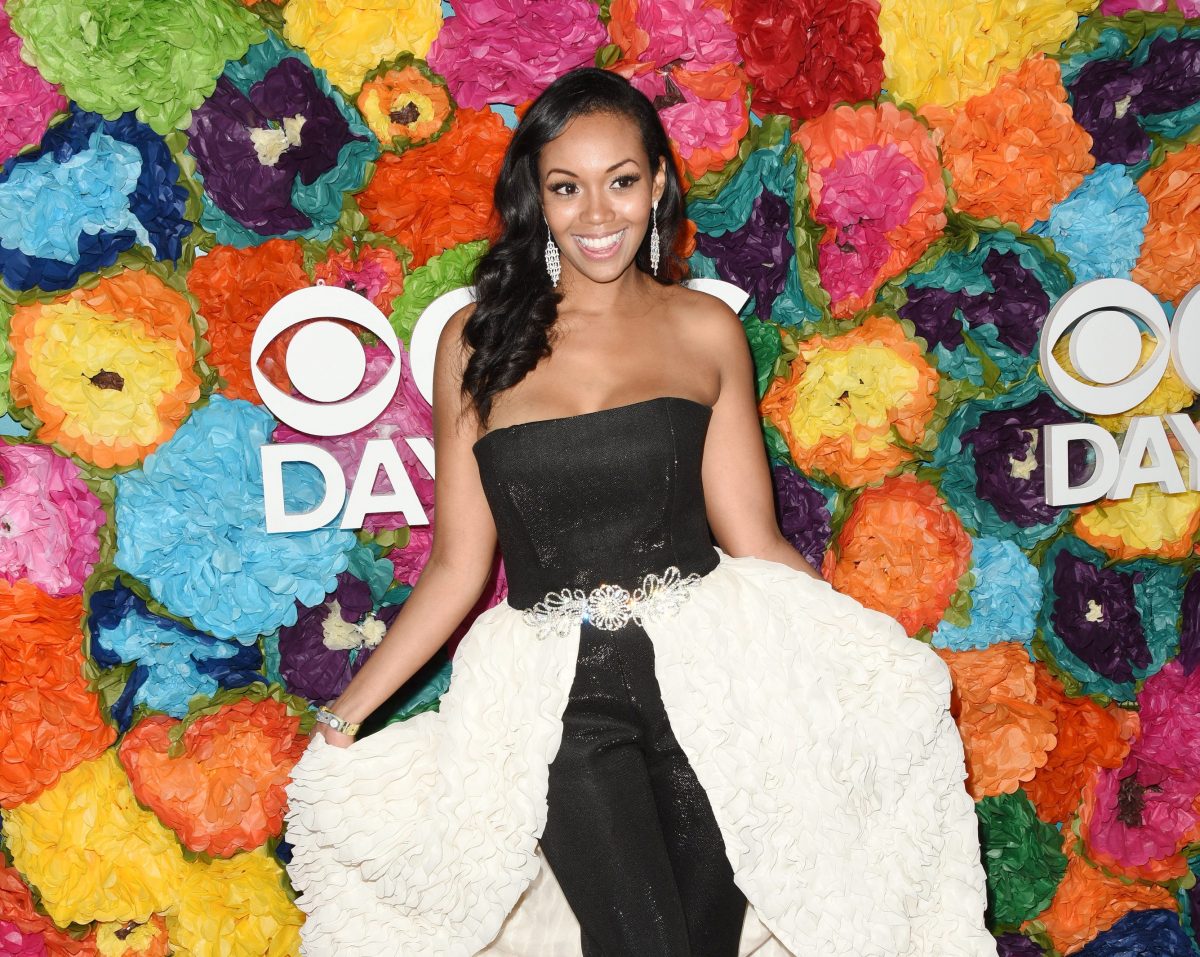 Big news was shared today as Daytime Emmy nominee, Mishael Morgan is back on CBS’ The Young and the Restless!

Morgan, who played the role of Hilary Curtis from 2013-2018 ,and then was killed-off the show is now back in Genoa City in a new role.  As fans of Y&R know, Mishael along with Bryton James (Devon) became part of the very popular duo known as “Hevon”.

Back in April of this year, Mishael reappeared on Y&R as a special guest in several episodes where she played Hilary’s ghost.  Since, Hilary was killed, Devon has begun a relationship with Elena (Brytni Sarpy).

In a post today via social media, Y&R announced the return of Morgan to the daytime drama series in a brand new role. (See below)

On her Instagram account, Morgan shared: “That’s right… I’m back!! This has been the hardest secret to keep! I am so happy & honoured to return to #YR. The time off was such a welcomed blessing, as I learned to juggle life, family & career, but I am so happy to be home! I want to take a second and thank all you diehard fans out there, who supported me so fiercely. This opportunity only came about because of YOU. I am so excited to be back home, doing what I love, with all of you cheering me on. I look forward to this new adventure and I hope to create something new but just as special as that girl you all loved to hate. Cheers to this new chapter, with old friends. Now let’s do the damn thing!

Check out the announcement of Mishael being back on Y&R.  Then, let us know if you are excited that she has returned to the series, but this time in a new role via the comment section below.

She’s no ghost! 👏 Tune in TODAY to see @MishaelMorgan1 back on #YR. pic.twitter.com/Rro1k32CMA

She is great ! Happy for her awful wig but so it goes

I guess they need a twin sister story line since billy talked and fought with himself.

Right? I know a lot of people saw that as being so dramatic, etc. It just looked stupid and silly to me.I could not even finish watching it.

Some people do look alike without being biologically related.

Happy to see her back, but don’t know how her new role will play out. If it helps shake up Devon and Elena, who are mega boring, I’m all for it.

Oh, the ratings will go through the roof! Ha ha ha!

I am glad that Mishael Morgan will be back. I missed her presence on the show.

i am sorry to say it doesn’t matter who comes back the show is currently unwatchable!nuadam has hijacked the show and that party episode with the punch spiked by a day player was enough for me.the return of Chelsea is a bust . It is as if the show has regressed and gone back 5 years.Not good!

Bad move– Stupid move.
Fans loved Hillary. Mishael was and is Hillary.
Bringing back Mishael to play whoever will Fail.
That is not doable.
Hillary was a very strong distinctive character and Mishael will always be seen as Hillary.
The new role will be a disappointment, wait for it.

It’s just another silly stunt, I’m not impressed
When I saw standing in the doorway I actually laughed, she looked that stupid/silly in that wig grinning BWAHAA!

I didn’t like her then and I like her less now from the little I’ve seen of her. I sure don’t want to see her involved with Devon again, even though his new relationship is a definate bore. That gal is better off with Nate.

lol no worries Violet, your wish will be granted..
Elena will be with Nat, sooner than later I believe.

I don’t know why they bringing her back yes bringing back chelse and Chloe for what the show has gotten pretty boring.