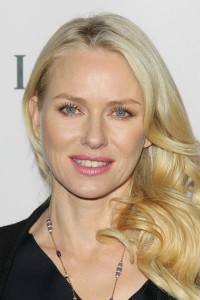 Major casting news on Monday for Showtime’s revival of the David Lynch’s quirky, eerie, and soapy Twin Peaks!  The series that will debut in 2017  is currently in production in Washington state.

According to Deadline, film star Naomi Watts, who got her big break in Lynch’s motion picture Mulholland Drive will join the cast as well Tom Sizemore.  No word on what roles they will play.

In addition Lynch, who is directing the new Twin Peaks revivial from a script he wrote with fellowTwin Peaks co-creator Mark Frost, is rumored to be reprising his role from the original series as FBI Regional Bureau Chief Gordon Cole!

What do you think of Naomi Watts and Tom Sizemore joining Twin Peaks? What roles would you like to see them play? Comment below!

GENERAL HOSPITAL: Parker: “You Did Proposition Me!” Kristina: “Because You Wanted It!”

Fire. Walk with me.

ha ha ha you know it!

I would rather hear about actors from the original series returning than all these new actors — there were so many storylines left hanging when the series was cancelled that need wrapping up.

I’ve been hearing about this “revival” for what seems like years! Does anyone actually think it’s going to happen? I’m beginning to wonder.