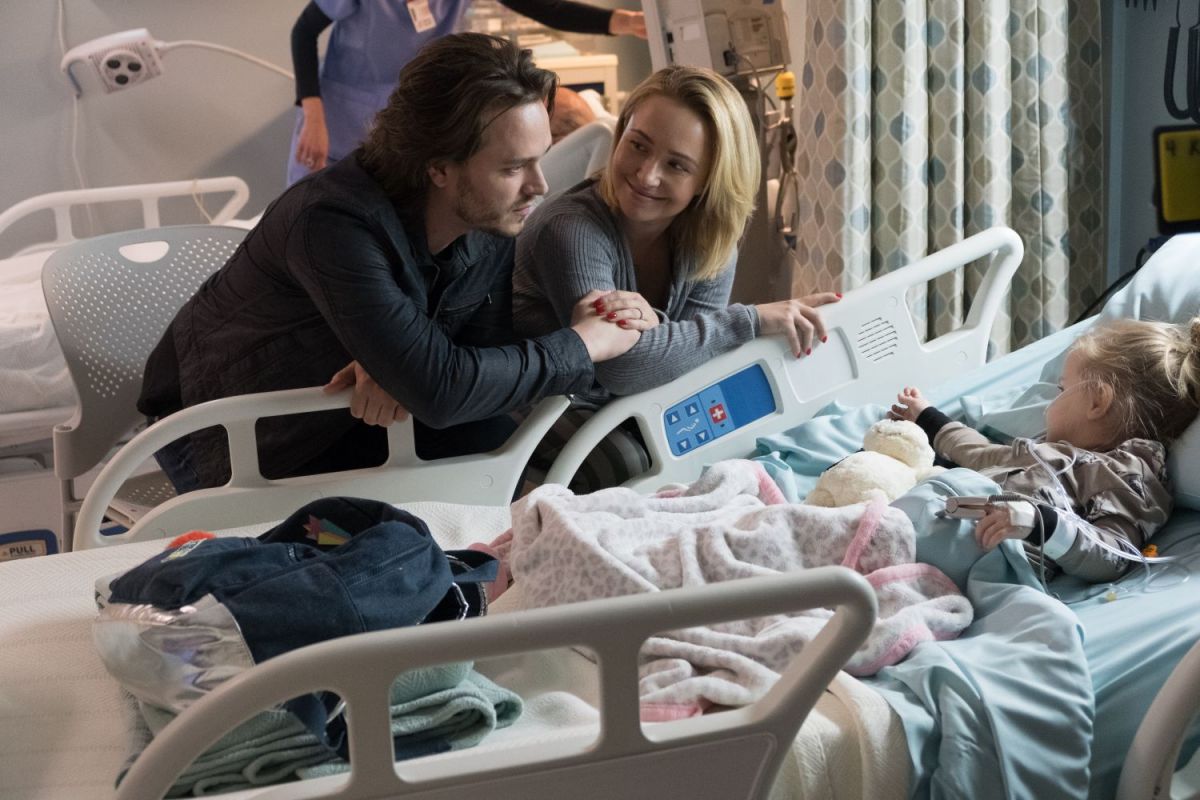 How apropos was the title of last night’s second to last episode of Nashville. Titled:  “I Don’t Want To Lose You” that is how we felt as all the stories and the romance head toward the climatic series conclusion next week.  This show, to us, has always been this diamond in the rough, and now it’s almost time to say goodbye.  But before we do much needs to be resolved, or unresolved.

Here’s what went down:  Juliette (Hayden Panettiere) is secretly pregnant!  Yup, she tells her friend, Hallie that she does not want to tell Avery (Jonathan Jackson), because he is a good man and would come back to her for the sake of the baby, not for her.  And in another bombshell, she reveals during an on-camera press conference that she is going to continue to fight to bring down the “cult” that held her against her will and others, and … wait for it. .. she is retiring from show business!  Avery is shocked to learn this while seeing the press conference on TV.  Meanwhile,  he meets up with Alannah (Rainee Blake) where they kiss, but he also witnessed awkward moments between her and her skivvy music executive, Brad (Jeff Nordling).  Later she is flirty with Brad, but what is really going on?  In a conversation that the audience can not hear, Alannah meets up with Deacon (Charles Esten) to tell him something major.  He reacts shocked and upset.  So, what is Alannah up to?  Is she trying to get the goods on Brad for sexual harassment, or is something else at play?

Later, Avery and Juliette come together after a medical scare for Cadence.  Their daughter is rushed to the hospital with a 104 fever, which turns out to be pneumonia, but she is stable. That moment brings the stat-crossed lovers together in a tender moment, but will they finally get back together once and for all? 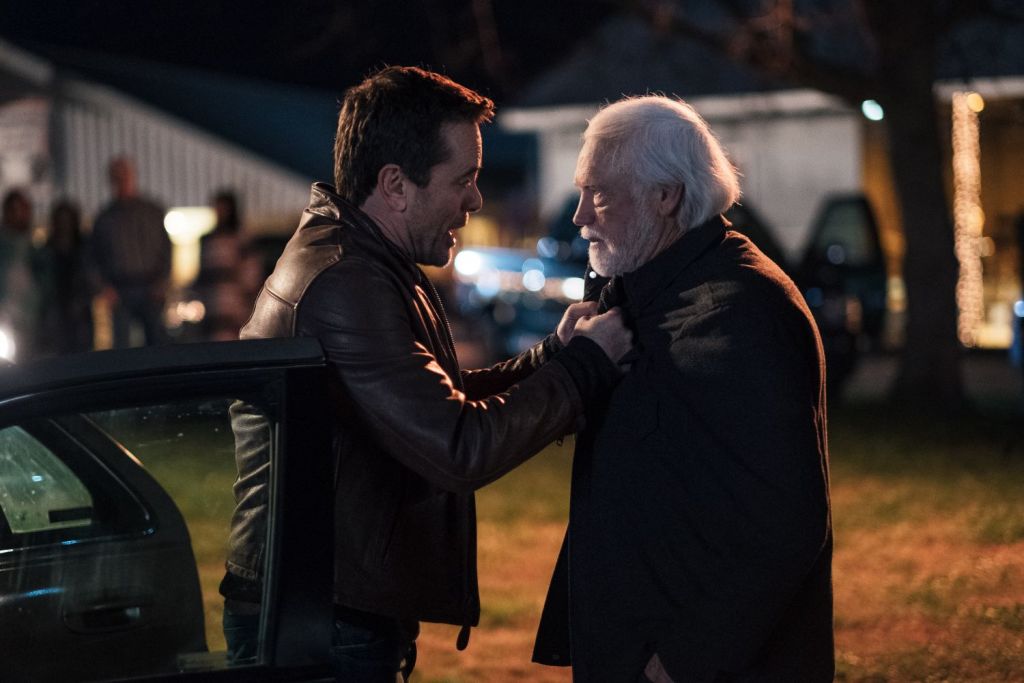 Scarlett (Claire Bowen) and Sean (Jake Etheridge) organize a benefit to save the ranch.  Sean’s wife has had it with Scarlett, because Sean’s mental state has improved since knowing her.  Gunnar (Sam Palladio) has writer’s block, and Will (Chris Carmack) is more than willing to help him out of it.  It’s soooo apparent to us that Will has a thing for Gunnar, and doesn’t Gunnar really for Will?  Would Nashville go there in their series finale …  or will it just end up being Gunnar and Scarlett who profess their love for one another for the 100th time?  After receiving advice from Steve Earle, who makes a guest appearance, Gunnar receives inspiration and a new rocker side of him emerges and is on display at the benefit concert.  Then, Sean and Scarlett sing together.  Later, he kisses her, as his wife is leaving him for good.  Scarlett turns him away and tells him to go back to his wife. He does.

After Maddie (Lennon Stella) challenges Twig to leave Jonah’s clutches once and for all, he does, but not after being ridiculed to the fullest by the snobby pop star.  After Twig reveals to Maddie he quit being Jonah’s flunky, they kiss!

After the benefit concert, Deacon, Maddie, Daphne (Maisy Stella) and Gideon  (Ronny Cox) leave the benefit concert together.  Daphne does not want to ride with Gideon if he is the driver, because she knows he has been drinking.  Good ole’ Deke figures it out and goes into his father’s car and finds the bottle of bourbon after looking at all the “hiding places” that Deacon knows himself all too well.  He then blasts his father: I knew it. I knew you were lying to me,”  He then ends their relationship by shouting: “You’re not my father.”

So, what was your favorite part of last night’s Nashville? Are you ready to see how it all ends in the series finale next Thursday night on CMT? Comment below.

GH’s Kathleen Gati and Michelle Stafford Deliver The Power Performance of The Week!

Since Scarlett and Gunnar can’t make it work, I’ve always thought he and Will would be perfect. In fact, after they had that prolonged hug and Gunnar announcing he wants to try new things, I was hopeful. But, nothing progressed. Bored with Deacon’s dad, can’t figure out who Allanah really is, never liked the Sean/Scarlett story, and DO NOT like Juliette quitting the biz. All that said, Chris Carmack/Will has quietly stolen this season away from the others with terrific performances and Maddie FINALLY has a boyfriend I like. I just can’t see everything being resolved in one episode. Doesn’t… Read more »