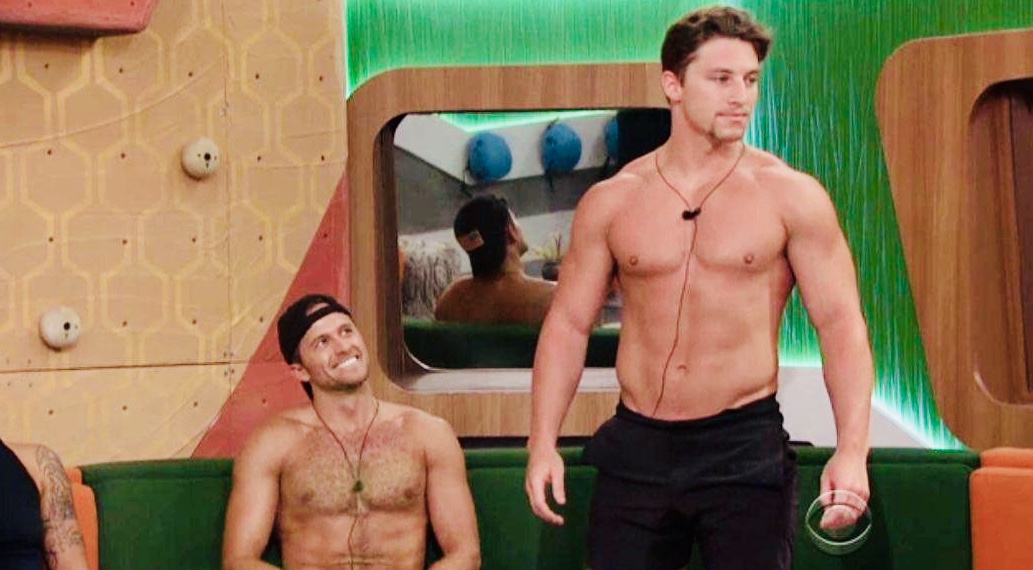 Things got heated in last night’s episode of Big Brother. following Scott’s HOH nominations; where he put both Winston and Brett on the block. The two have developed a close friendship in the house, or “bromance” as some may call it, which ultimately became the reason the two were nominated.

Shortly after the HOH ceremony, Winston is seen visibly upset for being put up next to his best friend.  Trying to gain some advice from fellow houseguests Tyler and Kaitlyn, Winston struggles to find himself understanding Scottie’s nominations.  He decides to head up to the HOH room to speak with Scottie to give him a piece of his mind. “You drew a line in the sand, you’re gone next week,” he said as Scottie sat there in silence. With the veto competition still happening, we’re not sure that was the best move for Winston to make … but to each their own, right?

Winston and Brett decide to do some damage control by thinking of a way that could save them both. Naturally, this could only happen if the person who won the Power of Veto were to use it. Unfortunately for them, Scott ended up slaying the competition and won the PoV.

In a desperate move, the two discuss offering a final three alliance with Scottie, because, why not?  The two suggest that it would be an unexpected power force that could dominate the game. They also go on to say Kaitlyn would be the best bet to be put on the block because she’s irrational, and would get the least blood on Scottie’s hands as HOH.  Scottie said he would give the idea a chance, but asked if he could sleep on it first.  Kaitlyn, the season’s most dramatic houseguest yet, has one of her usual intuitions and this time suggested that Winston and Brett wanted to backdoor her.  She decides to ask Scottie about it, and he blatantly confirms it. It was no surprise Kaitlyn decided to address the boys immediately; which caused an argument in the kitchen.

In the end, Scottie decided against the final three alliance and choose not to use the Power of Veto. Tonight, we will find out whether Brett or Winston will be the third evicted houseguest … that is unless Sam decides to use her power. It would give the chance for the evicted houseguest to return to the game, and this week is her last chance to use it.  (filed by Jake Updegraff – Big Brother Correspondent)

Who are you hoping gets evicted – Brett or Winston? Let us know in the comments below! Make sure to tune-in tonight at 9/8c on CBS to see how it all plays out.

NASHVILLE: The Penultimate Episode Leaves Relationships On The Edge

DAYS OF OUR LIVES: Gabi’s Revenge Plot Begins To Unfold; Watch Out Abigail and Stefan!

Hey, I just gotta know,,,are there REALLY any True Soap Fans out there who actually give a about Big Brother?
That is the absolute WORST ‘reality’ show on the air…all those whining boring obnoxious people acting like scum just to win a million bucks?
Sorry, I’m poor as a church mouse, but I would never act like an idiot in front of millions of people just to win money!
Do they have no shame?

A lot of fake drama is added to these shows….they are for people with low IQ’s

Eye candy, eye candy, eye candy. I need some sweetness on that show or else I’m bored to death by their antics and the lame production bents. I hope Sam gives her “power” to whomever is shown the door tonight. Now, that will create real drama in the house.