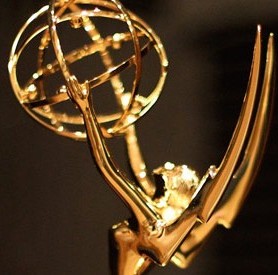 The National Academy of Television Arts & Sciences announced today the presenters for the 42nd Annual Daytime Creative Arts Emmy Awards. “With two Daytime icons, Alex Trebek and Florence Henderson, as our hosts and Producer/Director Michael Gargiulo as our crafts lifetime achievement honoree, this year’s Creative Arts Emmy Awards will be an event that will inspire pride within the community!,” said David Michaels, Senior Vice President, Daytime.

So, what do you think about the presenters for the Creative Arts Emmys?  Comment below!

Brutal Betrayals and Stunning Revelations On The Young and the Restless!

IT SOUNDS FANTASTIC TO ME. LOOKING FORWARD TO SEEING IT. I STILL AM SOMEWHAT CONFUSED ABOUT THE EMMY’S BEING SEEN ON POP, WILL I BE ABLE TO GET IT ON MY TV. WE HAVE COMCAST AND ALL THE WORKS THAT GO WITH IT, OR DO I ONLY HAVE A CHOICE IN SEENING THE EMMY’S ON THE COMPUTER.. CAN YOU PLEASE TELL ME. ???????????? AS ALWAYS, MARY.

How can I watch The Emmy show?

I don’t believe the creative Emmys is on TV.