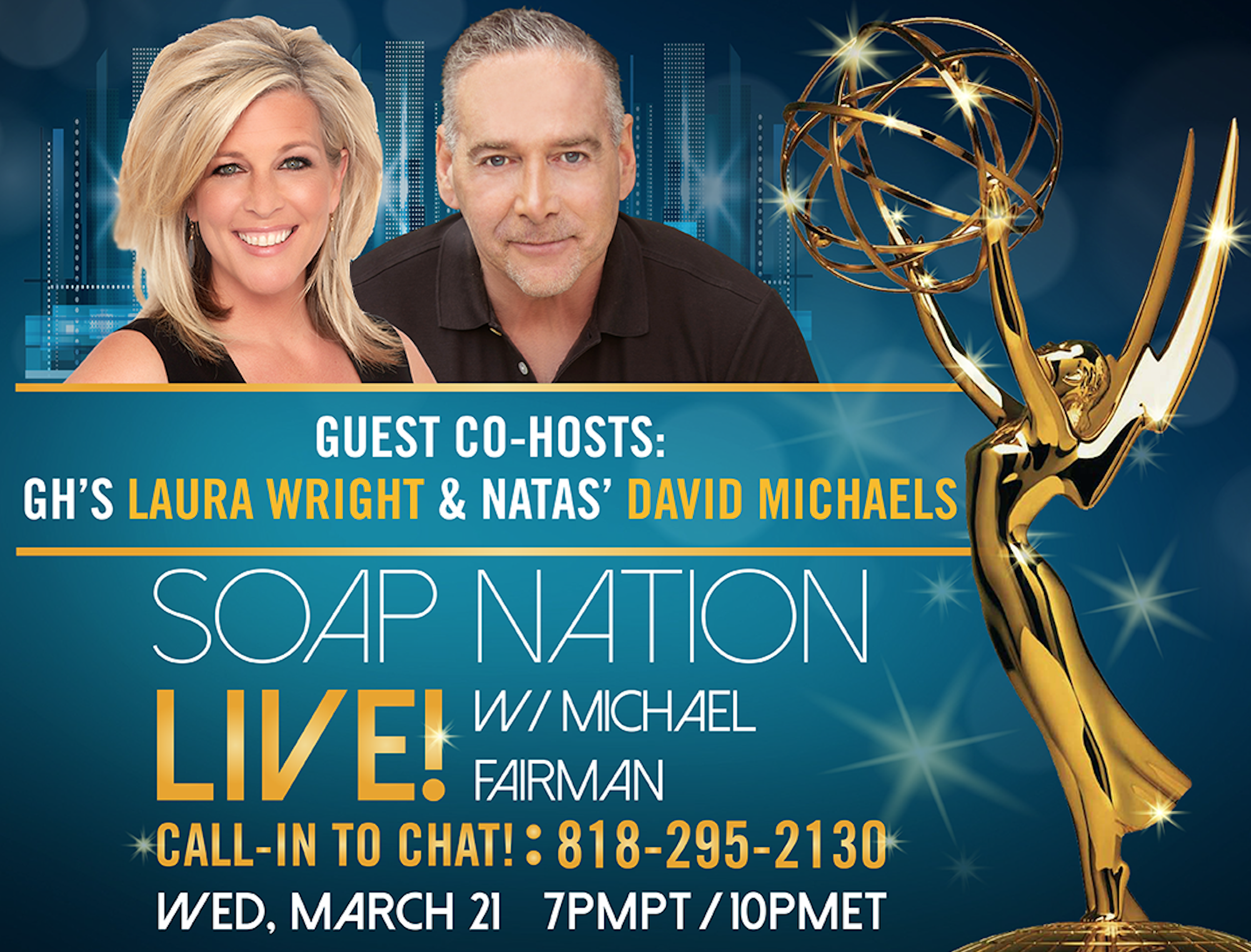 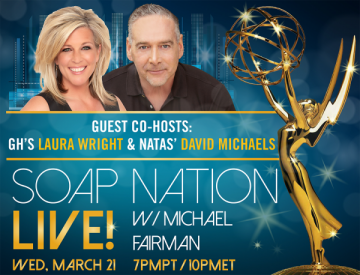 Next Wednesday, March 21st, the nominations will be revealed for this year’s 45th Annual Daytime Emmy Awards during the afternoon  on CBS’ The Talk.

It all begins at 7PMPT/10PMET, and you can hear it streamed right here at Michael Fairman On-Air On-Soaps.

Make sure to listen for a chance to win two tickets to the Daytime Emmys, and to call-in to talk to the nominees.  Follow @michaelfairman on Twitter for Soap Nation Live! updates.  Additional broadcast details will be forthcoming.

And, if you want to check out Soap Nation Live! with Michael Fairman archived broadcasts, go to our show page at Spreaker.com.

So, who do you think will get a nomination come Wednesday? Who do you hope will be on our broadcast? Comment below.

B&B Favorite Rome Flynn Lands Key Role On ‘How To Get Away With Murder’!

A Shocking Arrest On The Bold and the Beautiful For The Shooting Of Bill Spencer: Who Will It Be?

Hi Everyone! I don’t understand why you actors don’t get a rally going so these awards can be televised! It’s not fair to you nor is it fair to all your fans!! Extremely disappointing!

Their aren’t enough daytime soap fans to justify airing the Emmy’s on television.

I hope GH gets lots of nominations! Above all I hope the ceremony returns to TV! It’s no consolation to have to watch it onYouTube.

I’m still feeling the DAYS surge – whet appetite – DANCE open my heart when has @DAYS ever led the best acting NODS. #1 this year. it’s staggering… especially for the diehard Fans I salute and stand dang it tho… when the 4 serial – MAKE – change it’s noted ie: this past year @Days – Ron Carlivati Head Writer @Y&R – Mal Young EP – AND – headwriter ? @GH – Chris is brought on to the head writing dullard team… w/ God himself Steve Burton who would have thunk… this celebration @DAYS – simply must include best show… Read more »

I don’t understand why they can’t go back to having them during the day, then the networks might air them again.

stop with the gh nominations