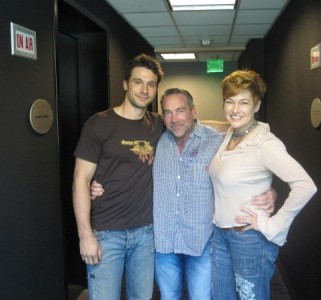 Today, General Hospital’s Carolyn Hennesy (Diane) and Being Erica’s and MVP’s , Dillon Casey joined Michael Fairman in studio for the taping of this month’s On-Air On-Soaps Podcast. The trio was joined by Days of our Lives, star Shawn Christian (Daniel) and many other surprise special guests.  Both co-hosts shared big announcements!  And, just who did we name as our Soap Power Performance of the Week?  Look for the show in the days ahead.

Will ATWT be replaced by new "Pyramid" remake?

Is Adrienne Frantz really going to B&B? Rep says, "She jumped the gun"!