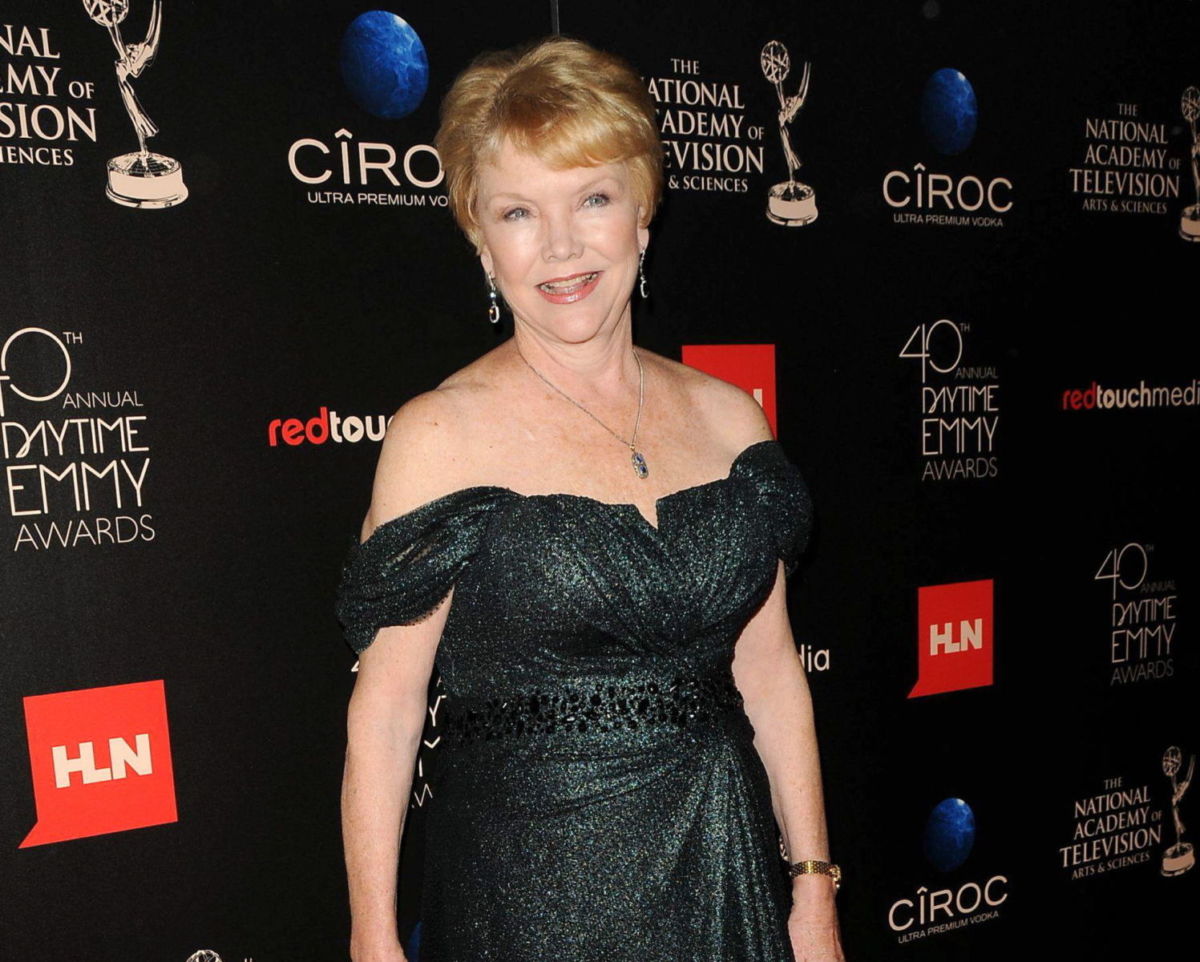 For all of us who have missed Erika Slezak following her enduring run on One Life to Live as Viki, over the last year, Slezak has been back in action and on our screens again appearing in primetime episodics and feature films.

According to her website, ErikaSlezak.com, the actress will appear on the upcoming Friday. May 3rd episode.

On the experience of working on Blue Bloods, Slezak released this statement: “I worked with Len Cariou, who plays retired NYC Commissioner Henry Reagan on the series and Tana Sirois, a wonderful young actress and a dream to work with. Tana plays my granddaughter (not a regular series character). It was a long but wonderful day and the entire crew, director, John Behring, and the writer, Daniel Truly, were all so terrific and easy and helpful. Just the nicest crew, made me feel so welcome and happy. It was as if I had been back with our lovely people at OLTL, the best ever.”

A touching post from Slezak, who gives a shout-out to all her former colleagues at One Life to Live.

So, will you be watching for Erika’s upcoming TV role? Let us know via the comment section below.

Olivia Rose Keegan Dishes On Scheming Claire On The Latest ‘Inside Salem: Days of our Lives Podcast’

Yes, just because she’ll be on.

I’m totally tuning in for this. Erika is awesome!

I can’t miss the opportunity to see the marvelous Erika Slezak again. Just marked my calendar and I’ll be watching. How I want our beloved One Life to Live back on the air.

Me too Llanviewer717, me too! Best soap ever.

I love this woman. Class act, all the way, all the time.

Yes , I will, I love the OLTL cast , especially Erika Slezak!

I’m thrilled that Erika will be guest starring on Blue Bloods! While it’s too bad the current daytime shows haven’t found a way to bring Erika into our homes on a more regular basis, it’s awesome to see her getting some roles on prime time and film!

What a gracious lady! So happy that she is now working on diverse projects, here’s to Ms. Slezak’s continued resurgence!

Yes I will watch….

I will watch miss all the actors from o.l.t.l.

CAN’T wait to see her… Loved her on OLTL…

I hope both the script and story do justice to the wonderful Erika Slezak.

yes , I will watch will probably have to record it will be at work still .

hi Sherri..
the actors of those soaps are probably dead, failing, or simply retired..
And without the original actors, those two soaps would be meaningless/unrecognizable.

only ONE PERSON FRON OLTL PASSED AWAY. everyone ELSE IS DOING WELL AND MOST ARE STILL ACTING.IT WILL BE NICE SEEING YOU AGAIN ERICA. MY WIFE AND I WATCHED OLTOL FOR YEARS. BEST OF LUCK .WE WILL BE WATCHING.

I never miss an episode of BLUE BLOODS —-Ms Slezak’s presence will be an added bonus. So good to finally see her ‘about’!!

Blue Bloods is not a show I watch; however with Erika Slezak as a guest star, I most definitely will!

I love watching Erika and hope she will become a regular on the show or at the very least a recurring character perhaps a live interest for Henry.

Erika was great she should be on all the time.She would make a great live interest for Henry. Awesome show last night

Being a fan of OLTL many years ago, I was surprised to see Erika in a role on Blue Bloods. She was fantastic in her role and it only took a few minutes to recognize her. (Haven’t been able to watch daytime soaps for 20+ years) Great chemistry with Henry, so I do hope she gets to return in more episodes!