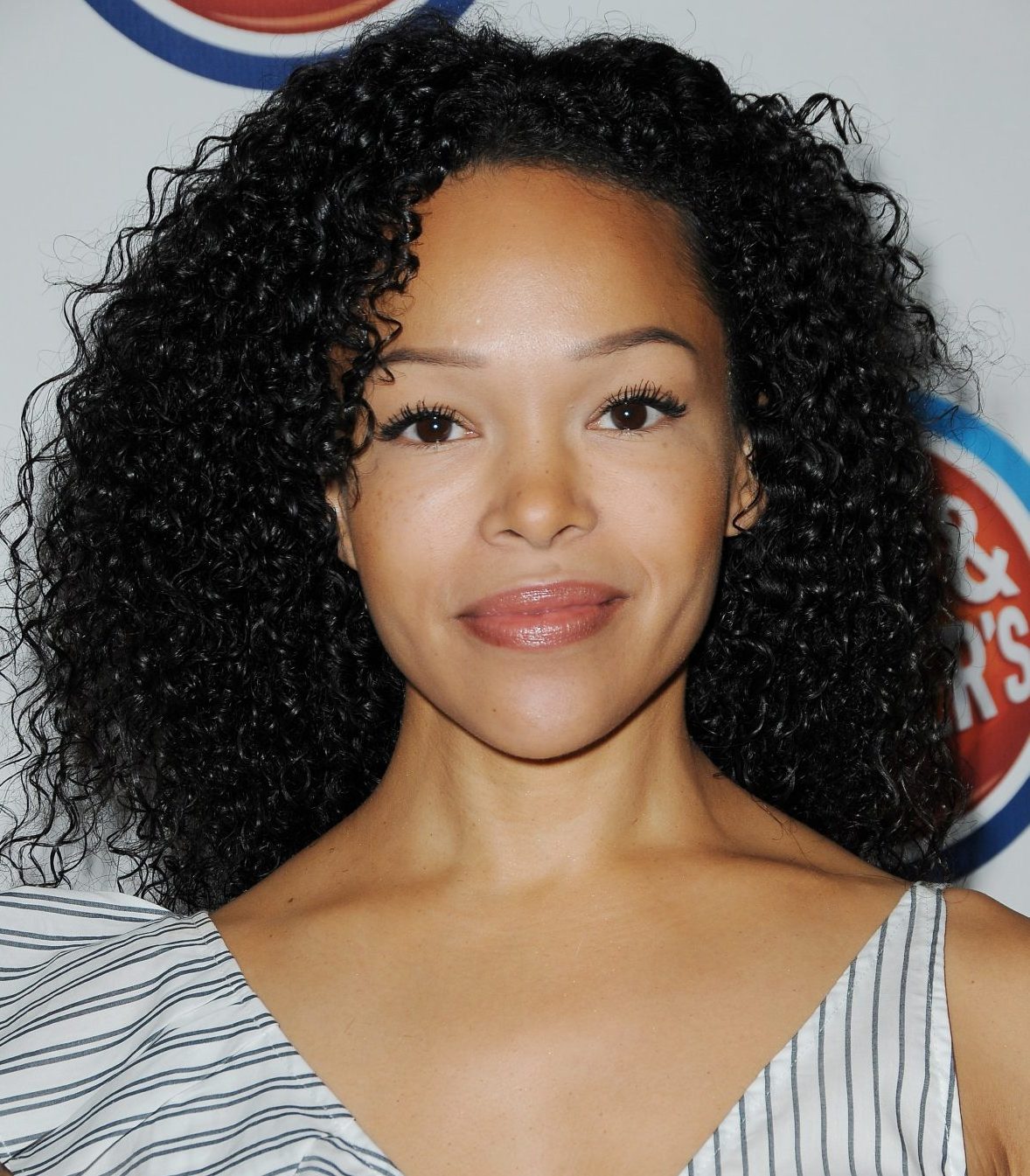 Casting news today has that none other than former Passions star, Brooke Kerr (Ex-Whitney Russell-Harris Crane) is set to debut in a new role on General Hospital.

According to EW.com, look for Kerr to make her first Port Charles appearance on the upcoming Thursday, March 5th installment.

Kerr will be playing a doctor, not much else is being shared as to what kind and who she may be involved with on the ABC daytime drama series. 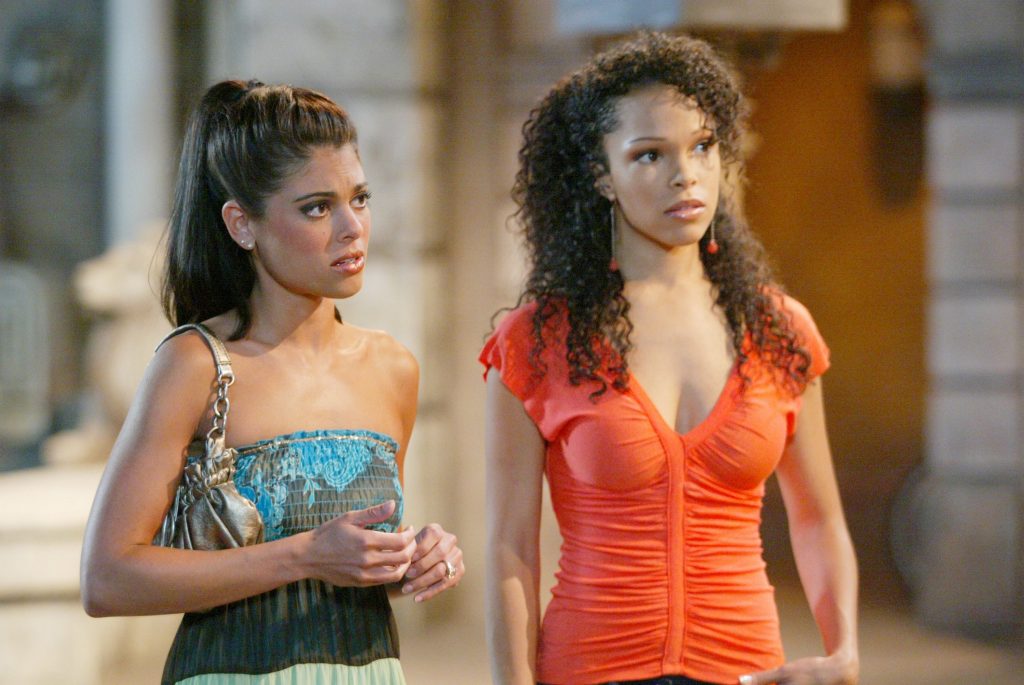 Passions fans remember that in story, Kerr’s character Whitney was in a relationship with the character of Chad (Donn Swaby and later, Charles Divins).  Chad was believed to be Whitney’s half-brother, but later it was revealed to not be the case, and the duo ended up tying the knot.

Since Passions, Kerr has been seen on Hawaii Five-0, Westworld, and True Blood to name just a few TV appearances.

So excited to hear that Brook is coming to GH? Who do you think she will play and be involved with in story on the soap? Comment below.

i know..they are boring me lately…

I can understand your forgetting Trina’s name, Jimh, since we didn’t know we were watching a teen soap. They should rename the show with the Port Charles zipcode, like 90210. I like Cameron & Trina but Joss is turning into a “Carlette” and Dev is just a kid with pretty hair. And I’m on overload with new, unpleasant characters!

Agreed, Jimmy…I proposed the same thing, among other suggestions.
Also, DMRR is on the mark—-I love seeing kids and teens on soaps; but this ‘crowd’ is sort of annoying—Tnina is a talented, little actress. But the plots are oh-so-not-appealing—–she represents wisdom? The know-it-all sophist. I don’t buy it, writers!!

I cannot believe that teens are watching ANY soaps.

Just what the show needs, another new character. We’ll be introduced to the character, then, won’t see her for weeks.

DMRR, WHY does this keep happening? It seems every week there’s some newbie plopping in on Port Charles. They seem to have already abandoned Brando and Gladys (10 hallelujahs there), and now the odious Brook Lynn has the drop on Julian already? I’d love for Ava to make mince meat of her! And this Jordan-driven drivel? What a bore.

Trina’s mom & Taggart’s ex-wife would be the most logical guess. Not that the GH cast really needs to be any bigger.

Here’s to you Mrs. Robinson. Trina turns her lonely eyes to you.

Could she be Stella’s DNA match?

My guess is that she’ll be Trina’s mom, Taggert’s ex.

Rodd
I think she`s too young for Taggert and Trina, but maybe being a Dr., she will get involved with T.J, since he and Molly might start having problems now.

Oh, that would makes sense.

Hey, Ms Vi….
I don’t consider age a ‘contender’ any longer, on soaps. I used to. —-Look at Julian and ‘daughter’ Sam. In reality, they are only nine years apart—Brook is forty-six—-old enough to be Trina’s mom.
I like your idea—spice it up—romance has been shot through the heart —so dormant. GH does seem to adhere to the much older woman/young stud syndrome. LOL—better than Sonny/Jason/gun-toting enthusiasts’ storylines.

Amen, Celia. And when a performer is talented enough (and not driven by excess vanity), they can play multiple ages. After all, the great Anne Bancroft was only 35 when she filmed THE GRADUATE, while her character Mrs. Robinson could have been 10 years older. Not to mention SORASing. It’s part of the fun!

yes excited! GH is great right now, and love the current teen scene. GH , when good, has always a solid lead teen scene story that especially builds before summer. This is how me and many others have gotten hooked on GH, and right now it hasn’t been this solid since days of robin, stone, Elizabeth, lucky, nickolas , days, before that Jagger karen brenda Jason held the torch, but since then the closest to thier popularity we had gotten was lulu maxie spinelli dillion. Not much since, so it’s a great sign. Also the balance of romance, hospital, humor,… Read more »

GH…PLEASE no more new characters!!!!! Your canvas is overcrowded enough already!!!!! BEYOND YUCK!!!!!

What the heck is going on with you people?? You have lost your bloody minds! First we don’t show enough gay people then we don’t show enough people of color then when they cast a gorgeous woman of color hell now that’s racist! What in the hell is going on with you knock it off ! You are indeed out of your minds ! She is a actress she got cast for a role in the show please leave her alone go with the story hopefully it will be good ! I think gh has a great team of young… Read more »

Sorry I yelled at everybody but just sick of the old news MB and his crew are not the answer I want to see new stories new people that’s how a soap progresses I feel that Brad and Lucas were sidelined in a story that should have been about them but no here comes the foursome who we make it about them ugh! It is a ensemble cast and I like stories being about other people then MB the cue card reader

I also see your frustration, Kay. It seems to me the Unholy Trinity of Sonny, Carly, and Jason taking over has gotten exponentially worse the past two years. And Sam? I just disregard her because I can’t decipher anything she says without putting on Closed Captioning.

Ahhhh—-Kay—I can understand your frustration. But, this is an opinion site. And, while some of us may not like or agree with other posters’ argument, we must remember that each of us is entitled to her/his opinion. I respect that—imagine how dull and ‘imbalanced’ the comments would be if we all said the same thing. Thank goodness for diversity.
Peace-out, as my Gran would say!!❤️

I was a true Passions’ fan throughout High School and College —to its end!!
So happy to see Brook after all this time. Hmmmm—what character?!?!?! How about Tanner’s ex? Jordan’s sister? Trina’s mother?
Perhaps she’s Curtis’ ex—-stirring trouble?

C, you know I love you but I have to be honest with you, the other day when I saw that slime ball Link who is blackmailing Brook Lynne, he could pass for NuNick’s brother!

We lose Taggert and gain this? No thanks!

This woman is absolutely beautiful! Why have I not seen her before? As Trinna’s mom, she sure put Ava in her place, and Franco running after her was disgusting! I’d like to also say that Jordan has got to be popping stupid pills. After what just happened with the two kids and Taggert getting killed, why didn’t her mind jump instantly to the possibility that her own son was kidnapped as well? OMG, she is something else, and I think she’s been sharing those pills with Anna. That woman is getting on my last nerve as well. Naivety does not… Read more »