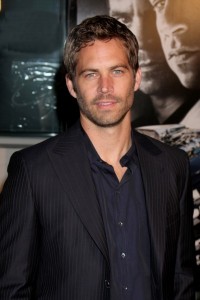 This evening there has been a developing story that at its core in heartbreaking!   Paul Walker, most known for his roles in The Fast and the The Furious motion picture franchise, died Saturday afternoon after a single-car accident and explosion in Southern California!

According to TMZ: “The accident happened in Santa Clarita — north of Los Angeles — and according to multiple sources connected to Paul … the actor was in a Porsche when the driver somehow lost control and slammed into a post or a tree … and then the car burst into flames.”

Paul’s rep released a statement about his death relating: “Paul was a passenger in a friend’s car, in which both lost their lives.” Witnesses on the scene said the car was Paul’s … but also said he was in the passenger seat.  The rep added that Paul was “attending a charity event for his organization Reach Out Worldwide.”

On Walker’s official Facebook Page: there was this statement;  “It is with a truly heavy heart that we must confirm that Paul Walker passed away today in a tragic car accident while attending a charity event for his organization Reach Out Worldwide. He was a passenger in a friend’s car, in which both lost their lives. We appreciate your patience as we too are stunned and saddened beyond belief by this news. Thank you for keeping his family and friends in your prayers during this very difficult time. We will do our best to keep you apprised on where to send condolences.”

As to Walker’s soap opera connection, early in his career he appeared on The Young and the Restless!  Paul portrayed the role of  Brandon Collins back in the early 90’s on the CBS soap opera.  The character of Brandon even dated Victoria Newman (Heather Tom)!  Watch a scene from Y&R featuring Walker after the jump!  Then, share your thoughts on this tragedy and his passing.

Debbi Morgan Bows Out Of Daytime Emmy Contention For Her Work On All My Children!

All My Children's Jordan Lane Price Shares Kiss On Date With Macaulay Culkin!

So devastating. A truly sad loss. Biggest condolences to his family and his daughter. May he rest in peace.

this is so sad, RIP Paul, you will truly be missed.

I can’t believe it! Paul Walker was only 40-years-old (so young)!

Very sad. A talented actor. Life can be taken in the blink of an eye.!!

So true and so very sad. RIP Mr. Walker.

Very sad. He will not be forgotten.

paul was one of my favorites his family is in our prayers. Its a shame we lost another wonderful person at a young age.

This is so sad. Everything I’ve read about him indicates he was as beautiful inside as he was out. I came across one of his movies at Walmart yesterday and ended up putting it back at the last minute. I went back this morning for it; it suddenly became must-have for me.

So very sad to here of anyone so very young to have lost their life! Such a tragic way to go! May his daughter & family have some comfort in knowing just how much he was loved by his fans & followers! May God send them strength & courage during these very difficult days! Rest in Paradise Paul Walker 1973-2013 sleep well & fly & dance with the angels!

I still find it strange that TMZ and other sources were reporting this death before it even happened. I wish people would question the mainstream media instead of blindly accepting every story they are force fed. Whatever the truth is…it is a sad siuation all around…especially for walker’s teenage daughter.

R.I.P Paul. May his daughter have the strength and courage to bear the tragic, sudden, and untimely loss of her dear dad. Gone way too soon. Guess, D does not distinguish and waits for no one: young or old; rich or poor; famous or unknown; successful or struggling….

What’s so strange is that I just saw his movie TFTF1 for the first time on the same day that he died. Can’t believe the timing.

To the Walker family,
With sincere condolences RIP Paul.