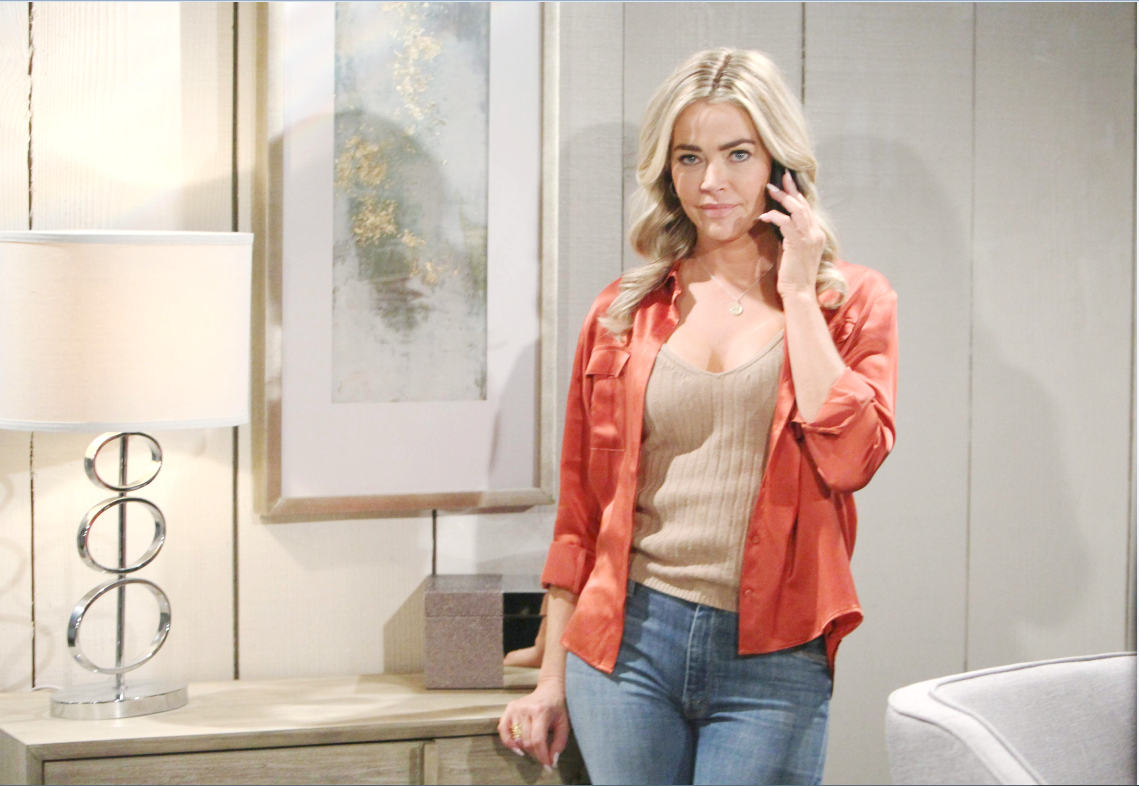 Next week, look for Denise Richards to come to CBS Daytime when she debuts in her new soap role as Shauna Fulton, a  single mom from Vegas.  What brings Shauna to Los Angeles and The Bold and the Beautiful canvas?

Could it be how her daughter, Flo’s (Katrina Bowden) is mixed-up in the baby switch that has Hope’s (Annika Noelle) baby being raised by Steffy (Jacqueline MacInnes Wood) …or could it be the line of questioning in this preview clip at EW.com, as to just who is Flo’ s bio-dad, something Shauna seems she is trying to hide?

The actress is also currently appearing in the new season of Bravo’s hit reality series, The Real Housewives of Beverly Hills.

Many know Richards for her role as Lisa on the comedy series, Two and a Half Men, a part she played for 8 seasons. .

Check out the CBS Daytime promo for Denise’s arrival below. Then, weigh-in: Who do you think is Flo’s father? Who will Shauna become romantically involved with? Will she help her daughter do the right thing in regard to the baby swap? Comment below.

OH , what the heck

I’ll give her a thread of denouement

YOU are lauded two starring roles.. PLUS your kids

the rest of that cast is not your baggage… especially on a soap where all drama unfolds equal parts no measure… BITE.. know you mark who you go after and who allies

kudos to you … you and your kids are

I imagine she will be the bearer of the news that Flo and Hope are half sisters, thanks to Deacon Sharpe. I love this guy, and hope we see him as well as hear about him. He was too much for Quinn, and was sorry he had to go back to jail, because of her part in the SL.

I am so sick of Brooke’s sour look. Reminds me of Nicki on Y&R. Maybe they have the same director.
Let’s get on with the Hope, and Flo being sisters. Should be more exiting, than what we’ve seen lately.

READ MORE
THE BOLD AND THE BEAUTIFUL: Brooke Faces The Wrath Of Everyone After Her Kiss With Bill Is Seen By All