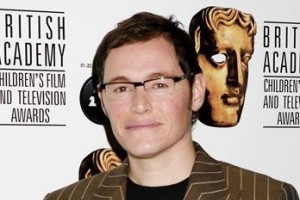 Now here’s a twist on a twist …  on a twist! Revenge is adding a common enemy for Emily Thorne and the Graysons! The Hollywood Reporter is reporting that British actor Burn Gorman, best known for his work on Torchwood, has been cast as member of the nefarious American Initiative in the role of Trask.

In Gorman’s new role, Trask is said to be a representative from the evil group previously aligned with Conrad and Victoria Grayson, and responsible for Emily’s father’s wrongful conviction.

The role is on a recurring basis at this point in time.   Therefore look for Gorman to potentially be in scenes with actors, Henry Czerny, Madeleine Stowe, and Emily VanCamp, as the winter season of the sudsy drama heats up in the Hamptons!

In addition to Torchwood, Gorman is best known for his appearances in miniseries Bleak House, Spies of Warsaw and The Hour — and last summer he had a part in The Dark Knight Rises. Revenge will be his first stateside TV production.

Are you intrigued to see how Trask tries to complicate the lives of Emily and the Grayson clan?  Let us know!

General Hospital's Laura Wright Weighs-In On The Future Of The Carly/Todd Relationship!

Wanna See More Of Van Hansis & Kit Williamson In EastSiders? Be A Part Of The Series Kickstarter Campaign!

Yes, yes, yes, this is what I love about this show. Expect the unexpected, I can’t get enough of “Revenge”.

Revenge is truly on top of its game. This is what a serial should be. Daytime serial writers need to be forced to watch this show and take notes.

NOT good news as far as I’m concerned!
As much as I love Revenge, it’s getting way, WAY to convoluted! I wish the whole “American Initiative” storyline would wrap up, or at least be less prevalent. There’s enough intrigue going on without that crap.

Owen! So happy for him. I wish him all the best!