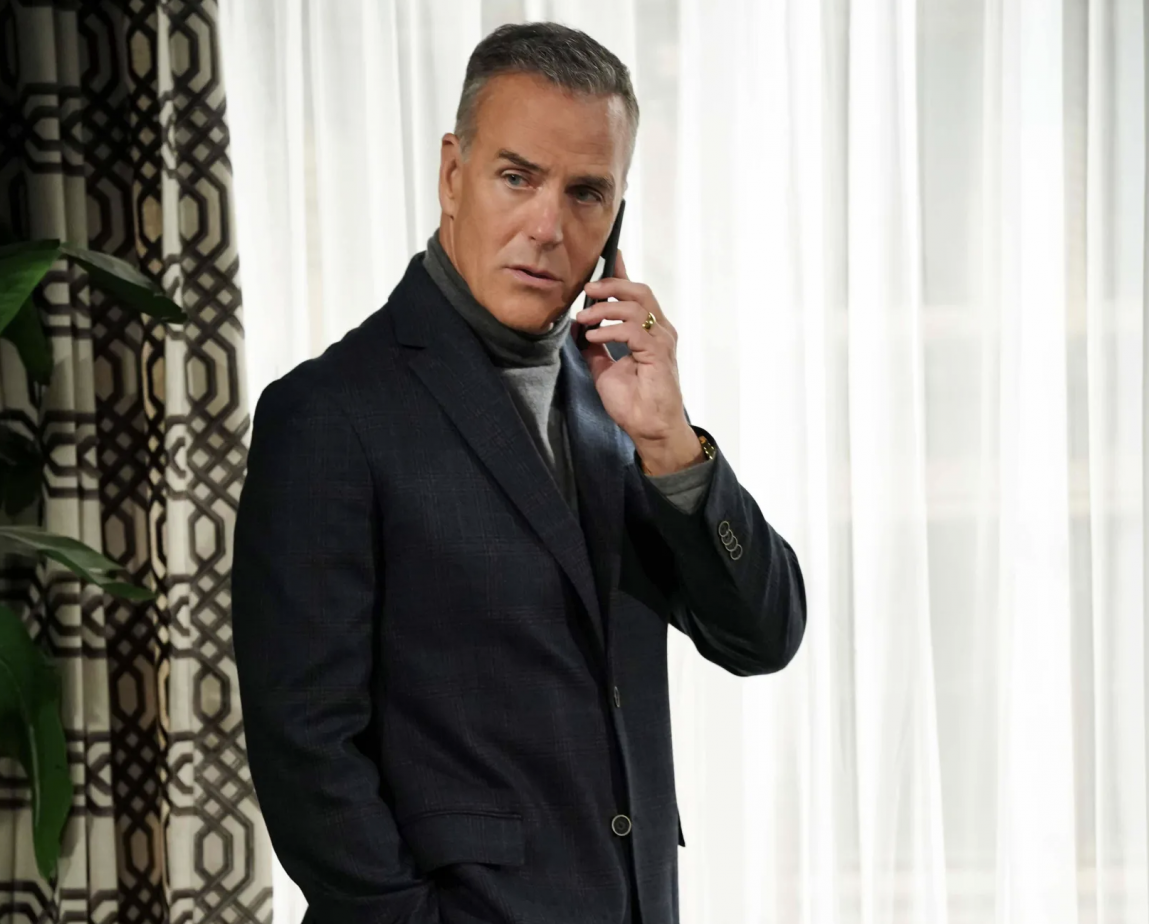 Burgi, who has appeared in roles on General Hospital, Days of our Lives, Another World, One Life to Live and Desperate Housewives throughout this career, is now playing business tycoon Ashland Locke who really stirs the pot upon his arrival in Genoa City as it looks like three factions of the towns movers and shakers will be trying to negotiate a deal with the wily Locke.

In a new feature for CBS Watch heralding his arrival on the soap, Burgi shared on Ashland:  “He’s cagey. He’s worked hard. He’s gone through some tribulations and trials in his life, and I think he’s arrived at a place where he’s enjoying the fruits of his labors and the little quiver of arrows that he can throw at people in so as far as psychological manipulations in his world of big business.  He’s a terrific, personable, charming, intelligent, kind person… who, like many characters that have been labeled as nefarious, is just misguided. I think Victor Newman was castigated as a bad guy for a while. He’s just misunderstood!”

As to what will go down between Ashland and Kyle Abbott (Michael Mealor), who has now been revealed to be the biological father to the son Locke thinks is his, Burgi weighed-in expressing: “Kyle’s like a lot of young men. They like take chances and risks. Sometimes that pays off… and sometimes it come back to bite you in the keester.”

So let us know what you think of Burgi’s new role when you check out his debut on Y&R via the comment section below.

I have not watched the show in forever I think Burgi is drop dead gorgeous but I don’t have much faith in the writers or certain actors that feel threatened by new people the sad thing over there is everybody is a newbie at one time . In reality to even think the character of Kyle the kid who was produced in a Petrie dish could be a challenge to his actor/character is laughable at best

Oh, I liked him on his first day in Genoa City and his interactions with everyone. As far as the business deal, I hope he picks Billy and Lily, as their reasons were better than the others which are just for control and to stick it to someone else. I think Locke is wise enough to see this. For the life of me I can not see why Sally has her nose into Kyle’s and Summer’s business. Bad enough we have to watch her leading poor old Jack around by his ????. As far as Locke’s son goes, why is… Read more »