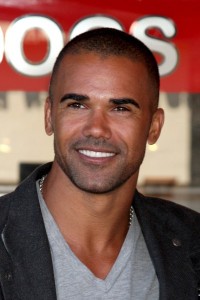 Oh no! We love former The Young and the Restless, and Criminal Minds star Shemar Moore,  and were sorry to read this report today from TMZ.com! But reportedly, there was an incident in the wee hours of the morning on Saturday at Shemar’s home in Encino, California!

According to the report, “A woman at Shemar’s house called the cops and claimed he had assaulted her. When they arrived, Shemar and the woman each accused the other of pushing and shoving.” Apparently, drinking was said to be involved.

A source connected with Shemar Moore told TMZ, “The woman was in Shemar’s backyard with a number of people when someone — not Shemar — pushed her in the pool. We’re told she got very upset and tried to come inside the house, soaking wet. She was asked to wait until someone could get her some towels.”

TMZ was  also told, “Shemar came to the door with the towels, but she became even more irate and he asked her to leave. Apparently one of them started the pushing, and she called the cops.  Both Shemar and the woman each wanted the other arrested, but since there were no visible injuries, neither was taken into custody.”

The report also states that while cops are still investigating it is unlikely that someone will be charged with a crime! So what do you think about this news on Shemar’s private life?  Share your thoughts!

Tueday's One Life to Live: Tea Communicates with Victor Jr.! Or, Did She?

REPORT: Labor Issue Between Prospect Park's All My Children and IATSE On Certain Episodes?

I do not believe IF he was NOT arrested, if he did not hurt anyone etc. it is NONE of our business. Although his profession puts him in the spotlight and if he is drunk driving which causes an accident etc. It would be “NEWS” THIS is not news it is nothing that couldn’t and would happen to everyday people and wouldn’t be considered newsworthy.

No charges, no incident as far as i’m concerned. She was just mad she got pushed in the pool. He brought her towels, what more does she want. Shemar would never hurt a lady, he loves all his baby girls! <3

nobody better not touch my shemar

the woman that got wet , well if she can’t have fun with out being totally a bitch and get mad having a few drinks with friend’s , she has no bussiness being there , the next time there’s a gathering don’t invite the pusher and the one that called the cops , friend’s like that who need’s that’s kind of friendship , huh , right , right , you are the best one on the show’s i watch , thanks for listening.. we stopped drinking and our friend’s started getting sick , some died and some lost there stomach… Read more »

Please probably some crazy drunk!! It’s a party and a push in the pool lady & sat night in Wncino was hot so it should have felt good!!! It’s just Alchohol involved #teanshemar

I’m sorry, but this is news?

I agree this is not news- this is a typical party night where booze and stupid mix together. If he wasn’t famous this wouldn’t even make the local paper. But TMZ can make anything sound worse than it is—if there is sensational way to spin it, that show will find it. I wouldn’t be surprise to discover it was one of their reporters that push the lady in the pool in the first place, just to create a story.

Totally!!!
Shemar doesn’t strike me as the type to act like this. When I met him years ago at a Y&R event, he was absolutely gracious and sweet and kind. Alcohol and pool parties always resort in something stupid happening; I know this because I’ve been tossed in a pool by a stupid drunk. It’s not cute. it’s lame but this isn’t news and doubtful Shemar would act so dumb.

If the account the witnesses gave is accurate, i don’t see why she caused such a ruckus. She should have waited on the towels. I don’t blame him for not wanting his floors wet. I love Shemar Moore. Have never heard of anything bad involving him.

There’s no way Shemar would assault a woman. —– he’s too much of a gentleman to assault any of his baby girls.

she was just being a biatch. he was being nice to bring her some towels, so she could dry off. he didn’t want his floors wet. whats so wrong with that? he was being a Gentleman after someone else pushed her in the pool. she should’ve thanked him, not yelled at him. He had every right to ask her to leave after that. Good for him. she was just being a biatch. if she can’t handle her liquor, maybe she shouldn’t drink so much. If it was me, and he had brought me a towel to dry off, I’d have… Read more »

Only those there know exactly what happen…if they werent drunk, im just saying.

That isn’t even newsworthy. Must be a slow week.

I have no respect for TMZ, ,SO I TRY TO IGNORE THIER CRAP

he needs to grow up…get married…have kids and stop bragging about how pretty is. it’s very tired. im sorta thinking he’s roots for the other team!

This is a man who always says how much he appreciates his mother,how she raised him.he bought her a house so she could live in the same State as him. I have a hard time seeing him abuse a women.The person who pushed her into the pool? where did they go? he needs to be a little pickier who he invites to his parties. Why would he want a soaking wet person running through his house. he did get her towels? this is news NOT!

I wouldn’t let a drunk female into my home dripping wet either. Good for him for standing up to this shrew. Love Shemar Moore!

How do we know she was even invited can we say stalker!

Breaks my heart . . . such a devoted son and talented man, but he just can’t stop encouraging the trashy press coverage! Of course, it’s possible this was just a money-grubber trying to get some fast actor dollars, but it’s also possible Shemar needs to figure out why these incidents are ALWAYS someone else’s fault, NEVER his! A 43 year old adult should know who’s allowed and not allowed in his home in the first place, regardless of occasion, regardless of time of day. Three a.m., really, Shemar?!?! Maybe it’s the celebrity life-style; maybe Shemar isn’t as ready for… Read more »

I am a big fan of CM and really appreciate SM’s attractiveness and acting talent that’s moved far beyond his soap days so I’m no hater for sure. I agree however with Just Another Mom.. It’s sad to see someone who has so much going for himself continue to fall into these no win situations, and let’s all be honest here, the kindest, gentlest person can quickly become someone else under the negative power of alcohol. I’ve seen just too many vid’s lately of him looking smashed and far removed from cool and in control. The police did say, “of… Read more »