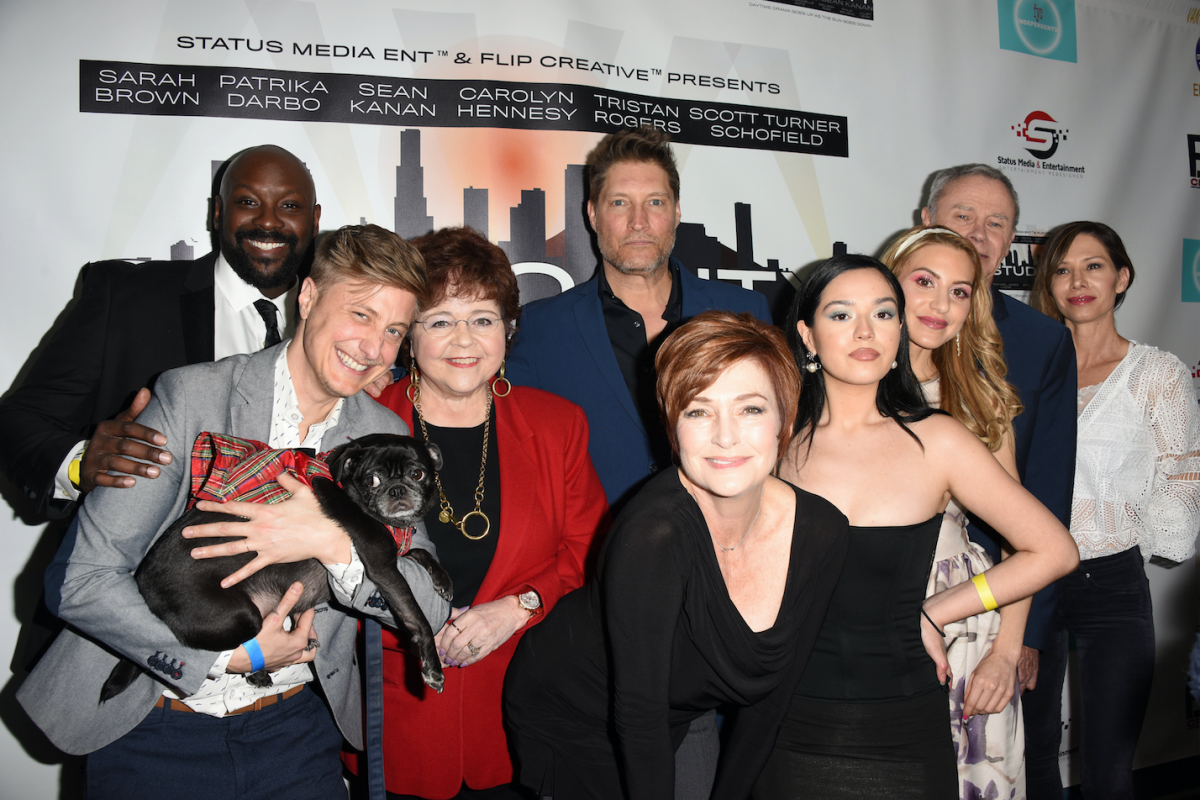 Last night on Tuesday, February 11th, many soap notables and the cast of Amazon Prime’s Studio City, attended a screening of the series at the Elks Lodge in Van Nuys, California to benefit Elks Lodge Charities and FYC Independents.

And if you have not seen it yet, you should!  It’s filled with great performances, keen writing, and the look and feel of it separates it from the rest of the pack in the digital drama space.

Former GH and B&B star, Sean Kanan created and stars in the dramatic series about a soap opera actor who’s life off-screen is even more dramatic then on-screen.  At the screening, Kanan along with co-stars: Tristan Rogers, Sarah Joy Brown, Scott Turner Schofield, Carolyn Hennesy, Patrika Darbo and more, took to the event red carpet, chatted with guests at the event, and then hunkered down to watch the six-episode first season on the big screen.

The event was hosted by Y&R’s Kate Linder, who always helps bring attention to series, charities and noteworthy causes.

Now below check out some photos from the arrivals at the Studio City screening below.

Then, let us know if you have checked out the series yet …..and your thoughts on it… via the comment section.

Y&R's Adam and Sharon, Mark Grossman and Sharon Case attended the screening.
Former Y&R and Days star, Judith Chapman.
General Hospital's Max Gail attended and hung out with his Port Charles co-star, Carolyn Hennesy.
The one and only Tristan Rogers, who is wonderful in his role in 'Studio City'.
Daytime favorite, Vincent Irizarry came by to check out the buzz behind 'Studio City'.
Sean Kanan with good friend and co-star, Carolyn Hennesy.
Looky who? Eva LaRue!
Y&R's Kate Linder helped host the event.
Scott Turner Schofield's performance received numerous applause during the screening of 'Studio City'.
You can't get any better than three-time Daytime Emmy winner, Sarah Joy Brown, who plays Sean Kanan's half-sister in the digital drama.
Director Timothy Woodward Jr. was beloved by the soap stars who were part of the filming of the project.
DAYS fave, Patrika Darbo's monologue performed in 'Studio City' is a tearjerker generating much attention and kudos.
'Studio City' star and creator Sean Kanan and his wife, writer, Michele Kanan flanking Juliet Vega.

I enjoyed Studio City and hope they make more episodes.