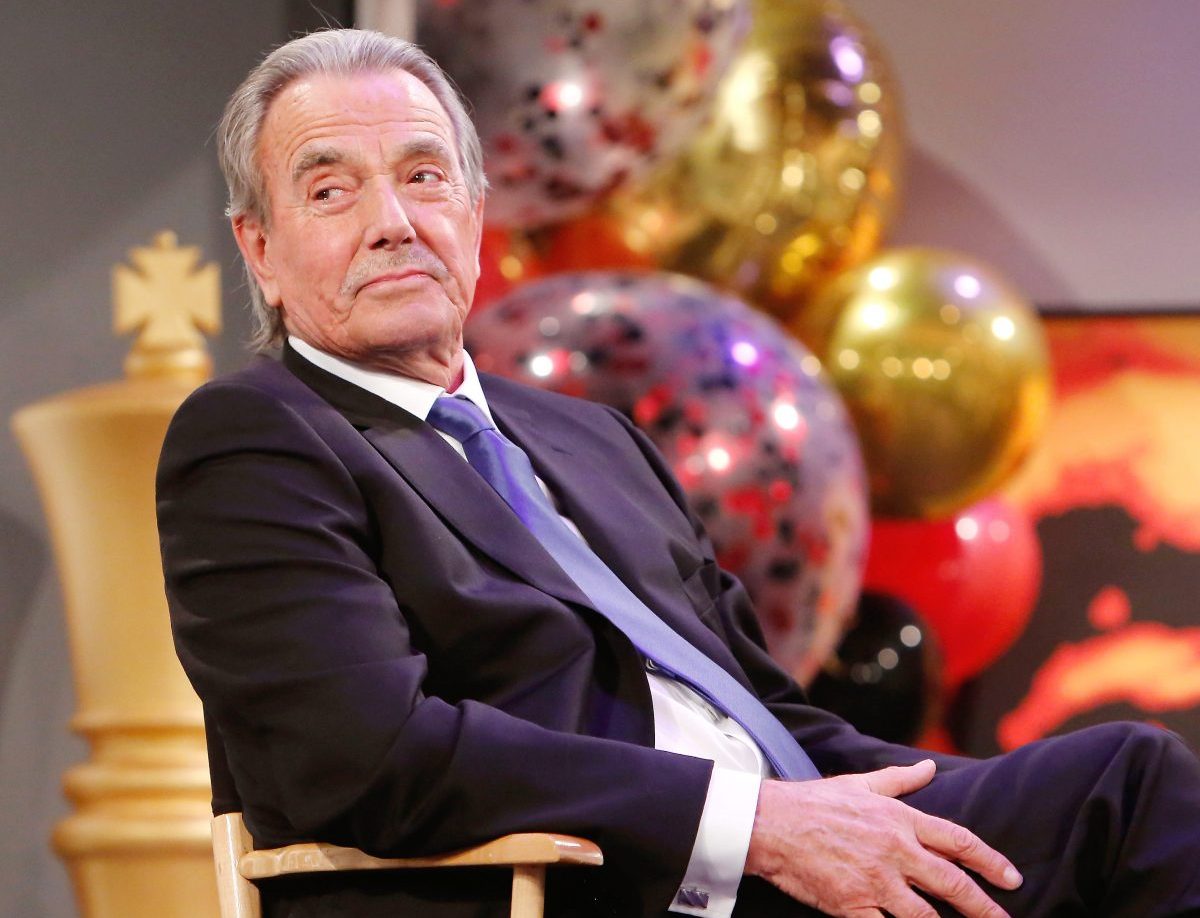 The stars came out in full for the iconic Eric Braeden’s (Victor Newman) 40th anniversary with The Young and the Restless at a very special on set celebration at CBS Television City in Los Angeles this past Friday (Braeden premiered as Victor back on February 8, 1980).

Attendees ranged from: a “Who’s Who” of Y&R through the years, important friends, colleagues, former co-stars, family, and executives from CBS and the series.

Y&R’s Doug Davidson (Paul) presided over the introduction of various speakers throughout the presentation to Eric.  If anyone could have such a wealth of friends from different walks of life, it’s Eric Braeden.  Even, sports journalist and broadcaster Stephen A. Smith (who is a GH fan and has appeared on that soap) gave a moving speech about how knowing Eric for the last 7 years has meant so much to him.

Former Y&R star and now one of the main men from the hit NBC drama series, This Is Us, Justin Hartley, returned to his old stomping grounds to deliver his thoughts on working with Eric, when he, indeed, played Adam Newman for four years.  In another tender moment, Justin’s successor, Mark Grossman (Adam) took to the podium as the newest member of the grown-up Newman children to honor Eric.

Peter Bergman (Jack) shared a hilarious story from the Daytime Emmys years ago; when he met his favorite singer of all-time, Aretha Franklin, but who he remembers really wanted to know more about Victor Newman, than he, as Jack!  Joshua Morrow (Nick) shared some very funny stories about working with his on-screen dad over the years, while Braeden’s longtime on-screen wife, Melody Thomas Scott (Nikki) shared some very sweet sentiments about her enduring co-star.

The place was abuzz with some very stellar guests from the world of daytime when General Hospital’s Maurice Benard (Sonny), Steve Burton (Jason) and James Patrick Stuart (Valentin) showed up to celebrate Eric’s big day.

CBS President, Kelly Kahl, Y&R executive producer, Tony Morina, Y&R head writer and co-EP, Josh Griffith and B&B’s EP and head writer, Brad Bell,  and Producer, Ed Scott also saluted Eric from the podium with various speeches, and recollections over Braeden’s 40 years on the top-rated soap and throughout his illustrious film and TV career.  Tom LaBonge, a councilman from the city of Los Angeles, made a very special presentation to Eric, as well.

Check out some of photos from Eric’s spectacular 40th anniversary celebration below.

Then, let us know which was your favorite image from the festivities via the comment section, and share your congrats for Eric for a job well-done and reaching this wonderful milestone.

The emcee/host of the event was Eric's longtime pal and Y&R co-star, Doug Davidson
Two icons! Fans have always wanted to see a crossover storyline featuring GH's Maurice Benard and Y&R's Eric Braeden. But for now, Maurice stops by to pay tribute to Eric.
Peter Bergman (Jack Abbott) the on-screen nemesis to Eric's, Victor Newman told a hilarious story.
'This Is Us' star Justin Hartley returned to the set of Y&R to pay tribute to his former on-screen dad, Eric.
Billy Zane and GH's James Patrick Stuart celebrated Eric at the on set celebration.
Joshua Morrow told some never-before-told moments between him and Eric for the attendees.
Melody Thomas Scott, who has played Nikki Newman for decades honors her on-screen leading man.
Y&R head writer and EP, Josh Griffith hugs Eric on his milestone.
Longtime friend and tennis pal, Dabney Coleman was also in attendance.
Sports broadcaster and journalist, Stephen A. Smith related how his friendship with Eric has meant so much to him over the past 7 years.
As part of the celebration, the national anthem was played on the trumpet, by a dear friend of Eric's.
Mark Grossman, the newest Newman, offered his thanks and congrats to his on-screen dad.
Big hug from the former Adam Newman, Justin Hartley for Eric.
Twins for the day! Amelia Heinle and Melissa Ordway salute Eric.
Former Y&R baddie, Ray Wise visits with Eric.
GH and former Y&R star, Steve Burton on-hand to wish Eric a happy 40th.
Don't want to cut that cake! One of the coolest cakes we have seen at an anniversary celebration.
The former Ashley Abbott, Brenda Epperson was on hand to salute Eric on his big day.
The gang from B&B was in attendance too: Katherine Kelly Lang, Heather Tom, Brad Bell & Don Diamont.
Melody Thomas Scott strikes a post with one of the photos from the event.
Yup, Eric got a loaf of bread from the nuns and a proclamation from the city of Los Angeles!
The man himself, soaking it all in, and deserving all the kudos coming his way for a job well-done!
Related Topics:40th Anniversary Celebrationbrad bellEd Scotteric braedenFeaturedGeneral HospitalJames Patrick Stuartjosh griffithJustin HartleyKelly KahlMark GrossmanMaurice Benardpeter bergmanPhoto GalleryStephen A. SmithThe Young and the RestlessThis Is UsTom LaBongeTony Morinavictor newman
Up Next

Congratulations to Eric Braeden on 40 years as Victor Newman. Best wishes and lots of love to Doug Davidson, who is the longest-running cast member and whose 40th anniversary with Y&R should have been celebrated too. Viewers know what Doug Davidson brought to the show and are truly missing him right now.