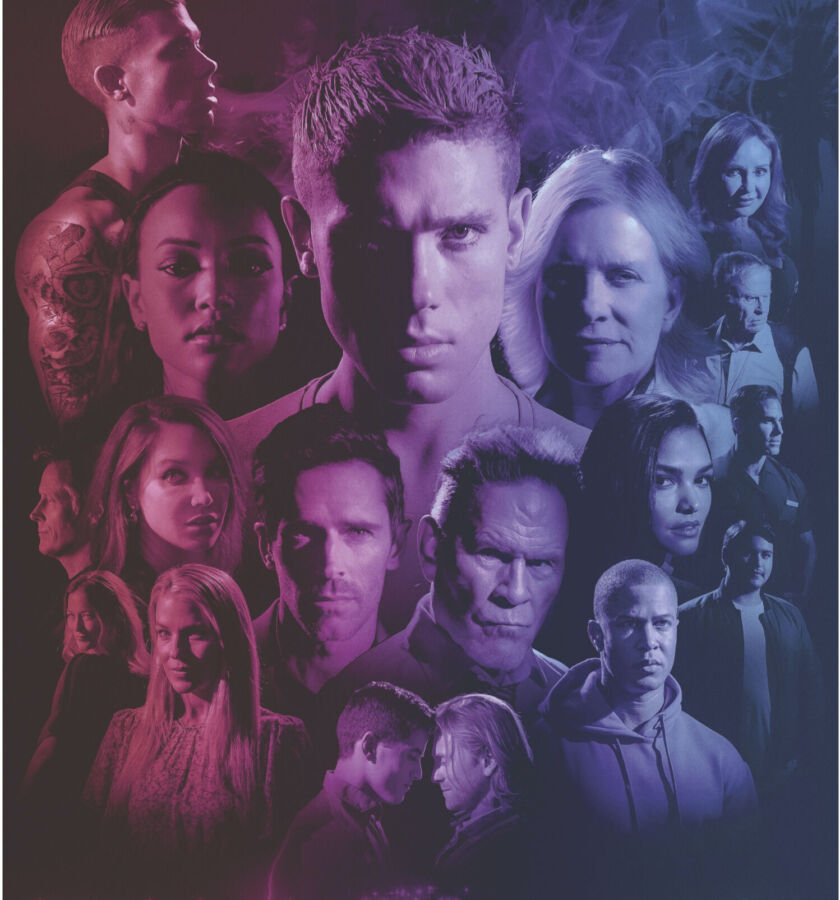 After a massive cliffhanger in the season 6 finale episode., The Bay is back with all-new episodes as its 7th season kicks-off on Popstar! TV.

The story picks back up after Vivian (Karrueche Tran) has given birth in the back of a car, thanks to Pete Garrett’s (Kristos Andrews) baby deliver skills, only the big moment is interrupted when Pete’s doppelgänger/evil twin, Adam Kenway (Kristos Andrews) shows up on the scene.

Meanwhile, many of Bay City’s most notable citizens – and those with ties to the Garrett family – have been shot massacre-style at different locations around town.  Who lives and who dies?  Check out what goes down in the 23-time Daytime Emmy-winning  drama during its high-stakes new season.

Coming in early 2023, fans can Binge The Bay season 7 on Tubi and other streaming platforms including Peacock.  Previous seasons are also available on Tubi, Peacock, Amazon Prime Video, and Ten Play in Australia.

The Bay is created, directed, and helmed by Gregori J. Martin with Wendy Riche as series co-head writer and executive producer.

Looking forward to checking out the new season of The Bay? Comment below.

Well, I watched the first episode last night and part of the second, but that was enough for me. I wanted to like it, but it’s not for me.

Does anyone know where to find season 7? I can’t find it anywhere…