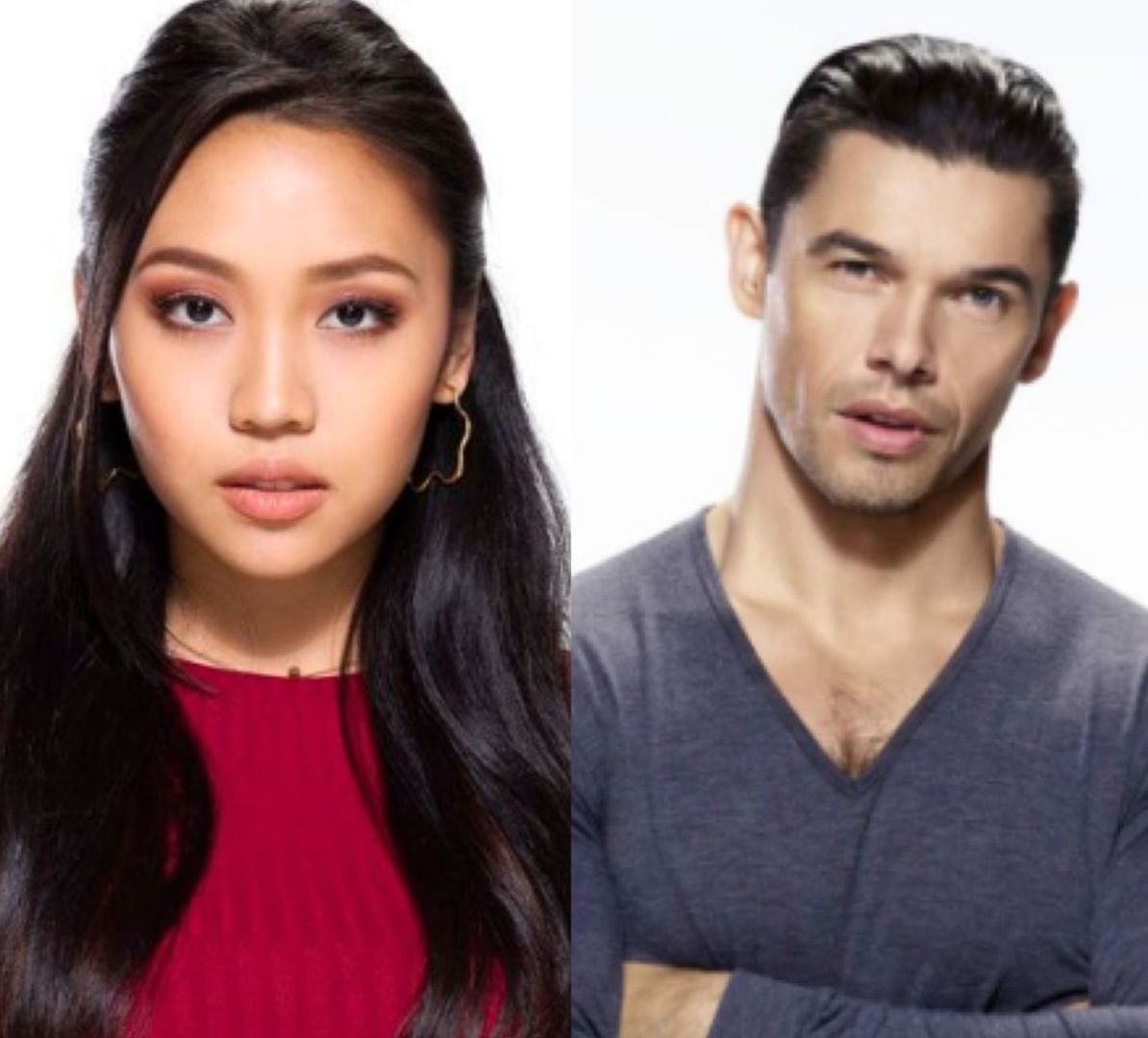 Days of our Lives is bringing back Bad boy Xander, who will be seen again in Salem in the new year, which means Paul Telfer will be back on the canvas.

Xander was last seen when the warehouse exploded that changed the course of many lives back in October.

According to the official press release, look for Paul to share screen time with Eric Martsolf, Linsey Godfrey, John Aniston, Freddie Smith and more in provocative and exciting scenes in 2019

Additionally, during the Q&A portion of Day of Days fans were introduced to Thia Megia who will take on the role of Haley Chen, a mysterious newcomer to Salem who gains the attention of JJ Deveraux (Casey Moss)

If Thia looks familiar she was on American Idol in its season 10, making it all the way to the top eleven contestants during her run.

So, intrigued to find out more about the character of Haley?  Looking forward to more Xander on your way? Share your thoughts via the comment section below.

REPLAY: Days of our Lives 53rd Anniversary Facebook Live Event From The Set: A Special Tribute, Preview Of The DOOL App & Fun Moments with the Cast!

I’m IN DAYS Heaven !!! smorgasbord . YES ! “thank you” for the return of Paul Telfer.
loaded ! just thanks.

Thia Megia has already caught me. STUNNER JJ is in need of attention

I am over the character of Xander, honestly. And I just want him to stay gone for good! As for Haley Chen… I’m excited to see what’s to come with her, especially if it means more JJ time!

Xander is the new Stefano. He’s so bad and does it with so much suave that you gotta hate him but at the same time, you don’t want him to go away forever. He always gets my attention when he’s on.

He gets my attention too. Is it bad to say he should do all his scenes shirtless? 🙂

Paul Telfer gets a let… when he first started @DAYS.. his scenes with John Anniston’ Victor Kiriakis were stunning… watching Xander come close to being accepted.. WANTING very much to be part of a family. ie: when he first started , @DAYS changed writing regime.. AND he was turned that quickly , hastily to a go to character to “write off” and was let go watching Xander and Victor spar.. was stunning to witness… you could see an easy affable chemistry that was exciting to watch… YES YES YES I cheered Victor and nephew could work, grow, and become familial..… Read more »

shoot, I know @DAYS films 6 months ahead… yet i’m fairly certain on my assessment… not that many may “care” about Xander… I do

it just happened out of no where… how quickly Victor turned on him… so that was a clue right their.. that he was expendable

As long as Claire isn’t singing along with her.

Yey, the Filipino-American presence in Days stays on! 🙂

I have been soooo enjoying days…..yet, I don’t like this thing between Will and Paul. It’s so lame!! Will has such will power….pardon the pun. I know I could never sacrifice my love for the sake of what, exactly? Are there really such people in the world?
I could never be with someone else while passionately in love with another. I am soooo weak!! LOL.
As far as Xander, I can only take his aggressive machoism in bits and pieces.
If he survived the fire; did Nicole?…..too hopeful, I guess.

Yes, Celia, Nicole will return. It was inadvertently spoiled in the Xander returns story in The DOOL App when it was mentioned that Paul Telfer has scenes with Ari Zucker. It was a fun find!!!

Why do I get the feeling that ReRon is going to come up with a new auto-tuned bubblegum singing waste of time like he did on the other two shows he ruined?