It’s been a big week for Days of our Lives, culminating in Saturday’s annual Day of Days event with the fans and the cast in celebration of the long-running daytime dramas 53 years on the air!

Late last week, a fun and never-before-seen Facebook Live event kicked-off the last several days of fun, and was hosted on the NBC official Facebook for Days of our Lives.

It was during the live event that fans were treated to some behind the scenes access, and several previews of the new DOOL app that was also released on all mobile devices the day of the series anniversary on Thursday 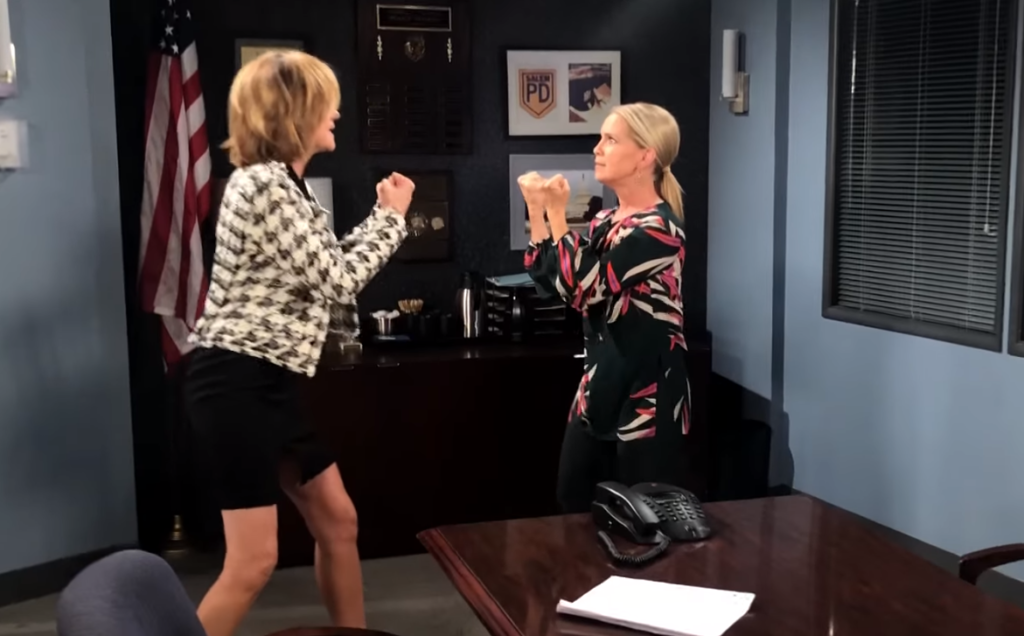 During the event, Soap Opera Digest’s Stephanie Sloane, led viewers through a hilarious opening segment, which featured a walk through the sets with various cast members doing some very familiar soap tropes from: shirtless hunks, to bitch-slaps, a twist on a soapy monologue, and more.

Bill and Susan Hayes were on-hand to tell the audience all about the “Video Vault” section of the new DOOL app, where fans can find classic clips from DAYS history. 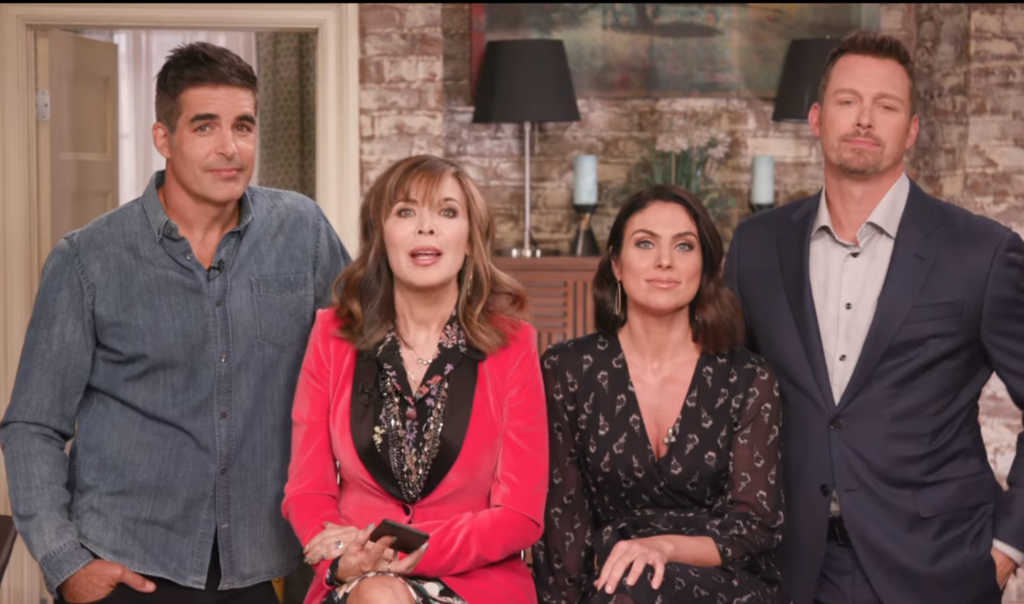 Then, DAYS executive producer, Ken Corday presided over the annual cake-cutting ceremony, honoring the cast and the crew for their accomplishments of keeping the show strong and continuing its legacy for 53 years and counting.

Several cast members took part in a special tribute honoring the late Peggy McCay (Caroline Brady), which was an emotional high point of the event. Eric Martsolf led several key members of the cast who worked with Peggy, as they shared remembrances of this one-of-a-kind actress.   Later, Galen Gering, Lauren Koslow, Nadia Bjorlin and Eric Martsolf did a little “Show and Tell” preview of some of their videos inside the new DOOL app. 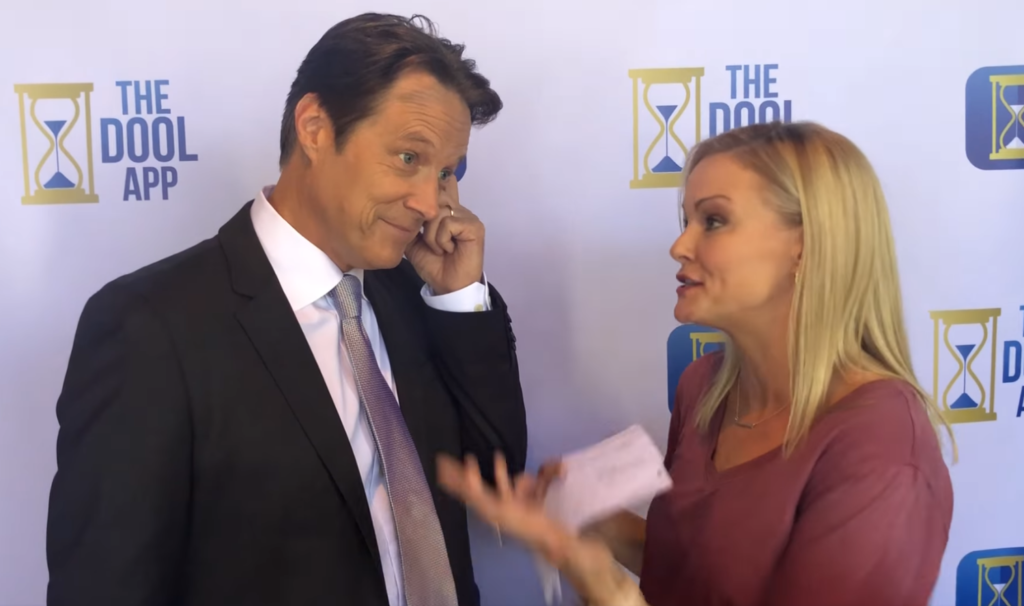 Martha Madison returned to the backstage celebration where cast and crew took photos against the step and repeat for the series 53rd anniversary and the launch of the DOOL app.  Madison chatted with several cast and producers who stopped by including returning fan favorite, Matt Ashford (Jack Deveraux).

The facebook live event concluded when Stephanie Sloane walked into the celebration with the cast as they gave a big “Thank you” to the fans for keeping the show on the air, and telling them to check out the new DOOL app for all the exclusive, fun content now and in the days and months ahead.

For more on how you can download the new DOOL app visit www.thedoolapp.com.

In case you missed the event, you can check out all the segments below. Then let us know what was your favorite part of the celebration? Comment below.

SOPHISTICATION : “SO MUCH OF ” golly Ron Carlivati , how did you align the STARS

for this complete. @DAYS had all the tools… cast… spirit … just in AWE watching the cast mingle and ACT , because the scripts are head to toe dynamic… OK superlatives fly

the MEN are my dream

IT”S FUN’ny for me to say this.. as I seemed to RELY on my RAFE’alicious… oh yeah, he’s still dreamy… forever

collectively you look at ^^^ – ALL – the good things just steering DAYS

Martha Madison is HOT ! near the best figure. LOOK . her bit with Olivia Rose and Lucas… emmy nominated Tripp and Claire

Belle is another MUST return (s)

OK – you have me crying; blubbering … salute to Peggy McKay

Kayla: I too am not mourning her FULL LIFE. her familial tree.. speaks volume

Maggie: BEAUTIFUL words with her name :

I will sing Peggy McKay and Frank Parker 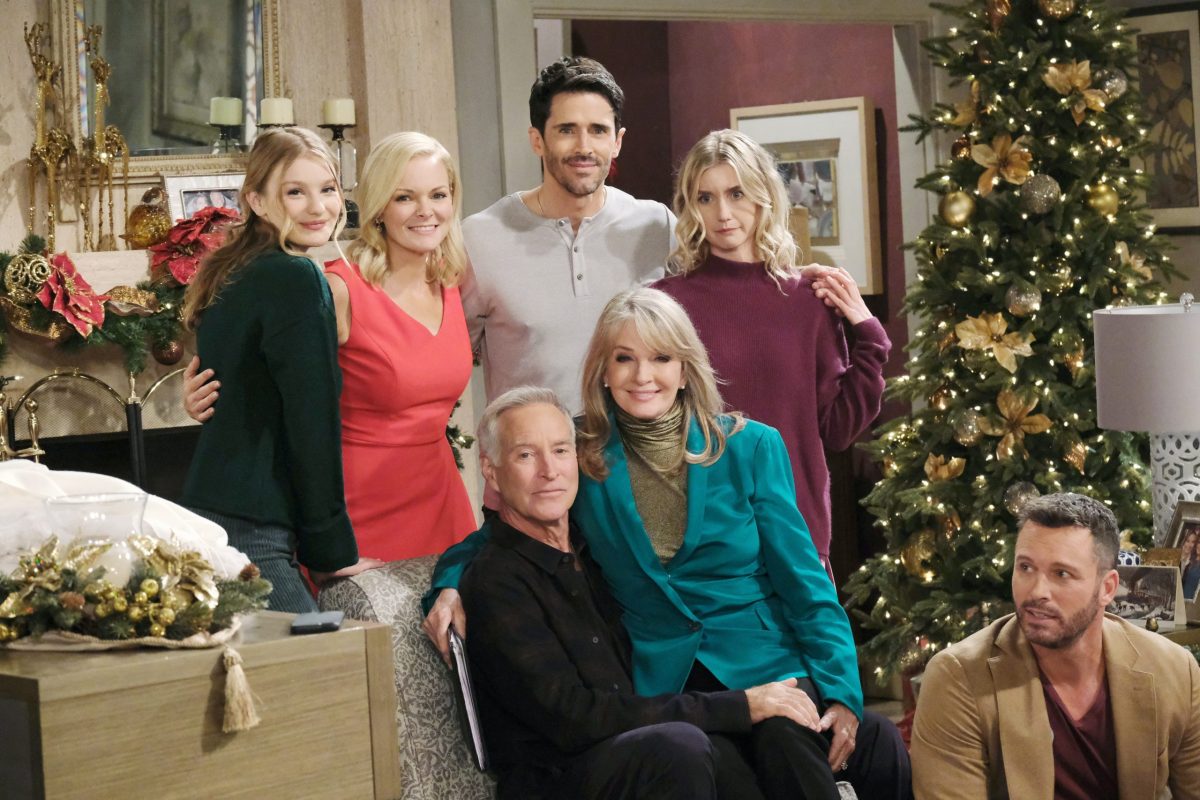 Every year around this time, Days of our Lives renewal has been its own cliffhanger.  With the show taping episodes so far in advance and wrapping their current season, the series paused production and went dark on April 16th, according to TV Line.

Now comes the waiting game and according to a report from Deadline on Wednesday, NBC and Sony are continuing to be in talks to bring the series back for its 57th season. While no one from any camp is officially commenting on the negotiations, their sources are reporting that things do look optimistic, as of now. 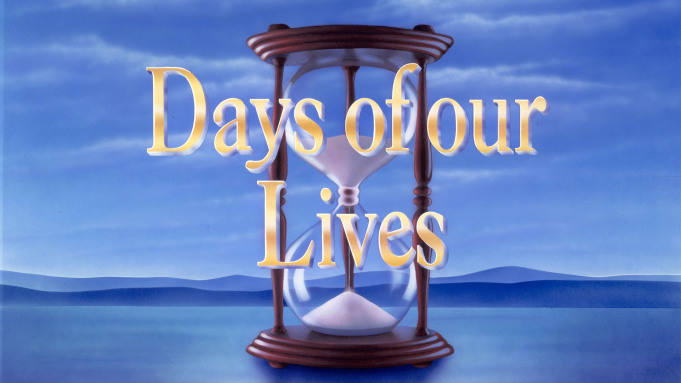 The report indicates that in anticipation of a renewal, the producers have been making if-come deals with key cast members in the past few weeks and the writing team is said to be hard at work on potential scripts for the new season.

In the past, DAYS’ renewal had taken several months to pan out, because of how the show’s distributor Sony Pictures Television has to adjust its business model to continue the show without going in the red.

Even though over the years DAYS had declined in the linear ratings, there appears to be a commitment by the studio and NBC to find ways to keep it on the air.

So, are you hopeful that DAYS will survive yet another negotiation for renewal? Share your thoughts via the comment section below.