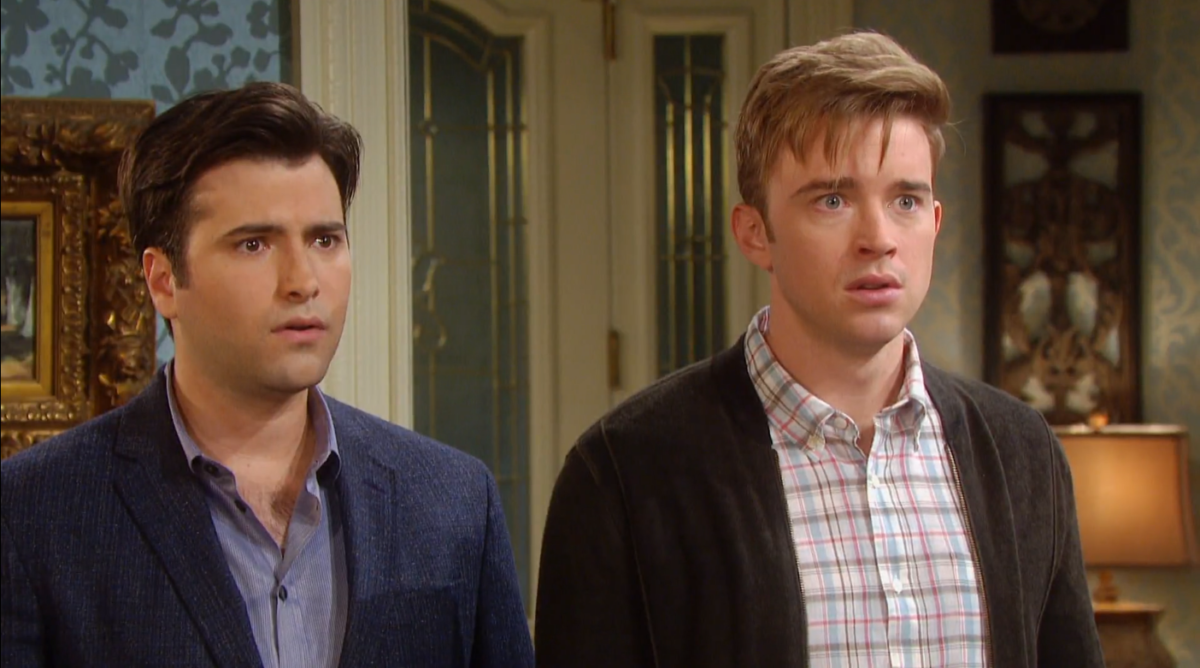 At Saturday’s Day of Days 2018 event celebrating the 53rd anniversary of Days of our Lives, fans in attendance were treated to a preview of what’s to come in Salem before the clock strikes midnight and we usher in 2019 on the Jumbo-tron at Universal Citywalk in Universal City, California. 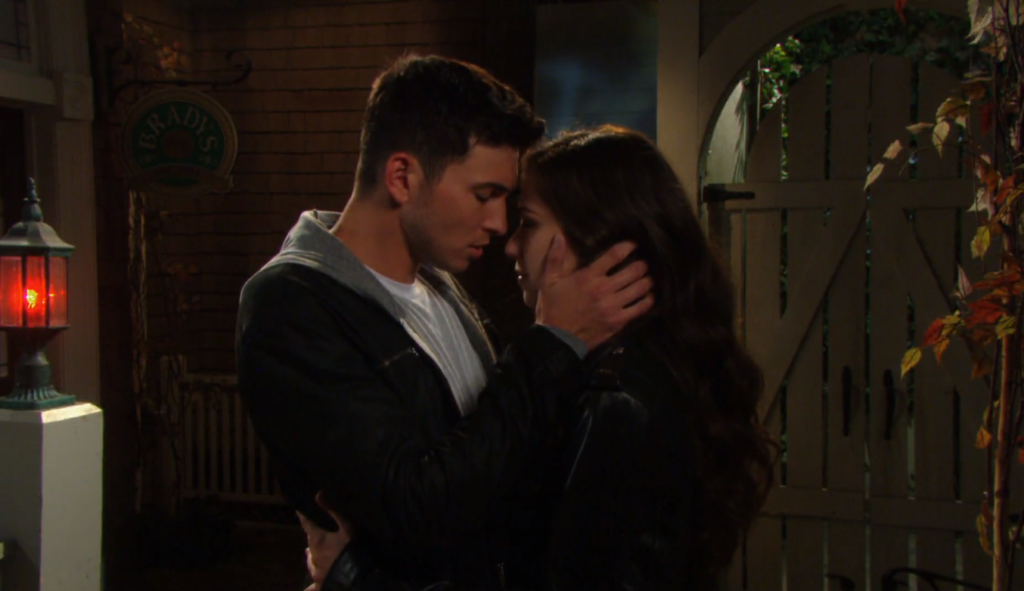 From romance, including a long-awaited moment for #Cin fans between Ciara (Victoria Konefal) and Ben (Rob Scott Wilson), to stunning secrets including an emotional moment between Paul (Christopher Sean) and Will (Chandler Massey), to Sonny (Freddie Smith) finding out just what Kate (Lauren Koslow) did to him, to more “who framed who” moments, to Abigail, now played by the returning Kate Mansi going on the offense to find evidence against Gabi (Camila Banus), who has been gas-lighting her, to Julie (Susan Seaforth Hayes) stepping into help her in a big way.

Then, we find Rafe (Galen Gering) walking into a situation where he finds his wife, Hope (Kristian Alfonso) with Ted Laurent (Gilles Marini), and battles lines being drawn for the custody of Nicole’s daughter, Holly. 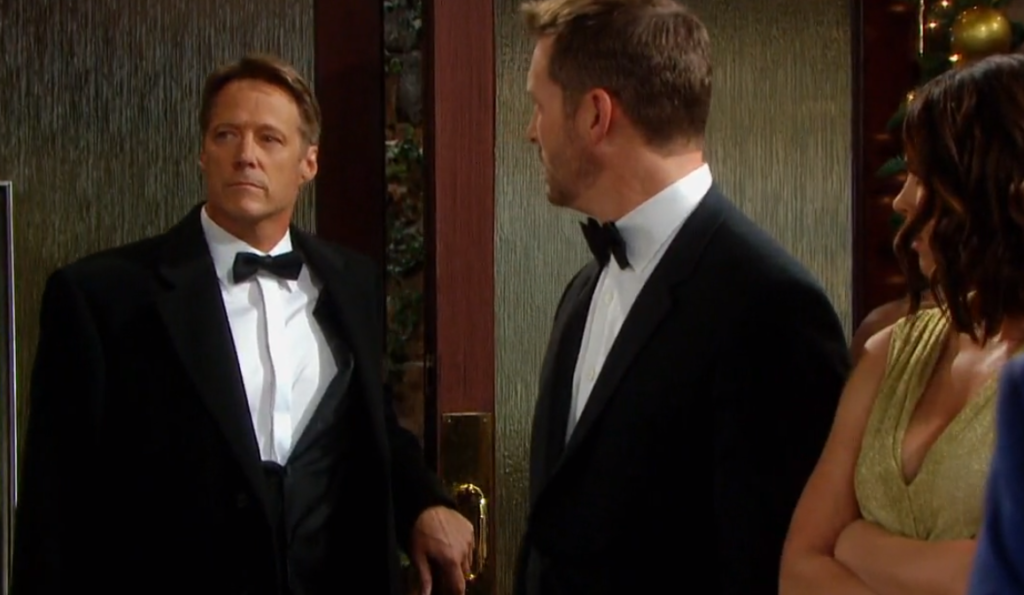 Next, ‘before the years ends the promo’ touts a surprise return that will spell trouble for WilSon, a new girl in town that becomes involved in JJ’s (Casey Moss) orbit, and as the voice-over announce says, “Hold on to your party hats!”  It’s the highly-anticipated return of Matt Ashford as Jack Deveraux.

Check out the sneak preview of “All the Drama to Come Before the end of the Year On DAYS” below.  Then, let us know us which storyline, return, or moment are you looking forward to watching most in the comment section below!

REPLAY: Days of our Lives 53rd Anniversary Facebook Live Event From The Set: A Special Tribute, Preview Of The DOOL App & Fun Moments with the Cast!

Well…won’t this be something to see! Looking forward to it!!!

Bring. It. On.
This show is amazeballs.

I’m looking forward to it all, including Slaphappy Julie sparring with Gabi.

Yes, Jack is back…I’m having a Jack Attack!

It may be cold outside, but there are plenty hot DAYS ahead!!!

Ben and Cierra STILL – light up w/magic… be still my heart on this found twosome. be still … quality acting

I know.. that current story.. has Tripp “blackmailing” or planting evidence to the contrary … I certainly want Tripp on the canvas… and do not want him getting in trouble. it’s obvious to see it’s Ben and Cierra Alice being featured… has MORE romance. which isn’t an understatement for Tripp by any stretch… the writers simply have to write for this enigmatic young man… let’s get Tripp and Kayla BONDING… when Tripp was “assisting” Kayla making rounds long ago… there was a great bonding chemistry with this newfound “stepmom” and “stepson” go their… with the absence of “Patch” this would… Read more »

soooooo – what is going on with; – the return – Judith Chapman

the upper echelon of dynasty reign supreme : Halloween screen time of things to come? Angelica is not dead after all ? whenever you get a reining queen to surface take hold and walk

thought I read a blip in SOD that Ms. Judith had to keep mum about her “visit” and that she certainly is amenable to “WORKING”

STARS search this out

the hand in hand scripture PLUS – WHOLE CAST – contribution

get in line for an emmy

Overall, this winter preview is super awesome. Am loving how the stories are unfolding, and wished more soaps could do two-minute previews like this. However, due to shooting, I doubt it’s possible. I’m going to miss Marci Miller as Abigail; she’s been cast perfectly in the role, and while it is nice to see Kate Mansi back for a short-period, I’d still love to see Miller return down the line! Also, could do without Matthew Ashford’s return as Jack… would rather see Mark Valley or Steve Wilder return, though, the latter likely wouldn’t due to his issues. Also.. not loving… Read more »

Day is the besta show around,no I didnt spell it wrong that is how my late grandma use to talk she would say that Days is the besta one.Holy mackerel I cannot wait to see this,sorry to see Marci Gone.Maybe she will Pop up in a Lifetime movie ,who knows I just saw the woman who played (for the life of me I dont remember her name Nicole on one and I believe she is in a new one next Sat or it could be Sunday but her husband plays a real creep.I wonder if Vivian will come back.I knew… Read more »

That’s one heck of an Identity Disorder, turning Abigail into Kate Mansi!

Gotta love the wide-eyed looks of disbelief on Sonny & Will above. They appear to be in shock from a recent election… (too soon?).

THIS is how you write a soap! Thank you, Ron and the writing team. Hooray for Leo’s return!