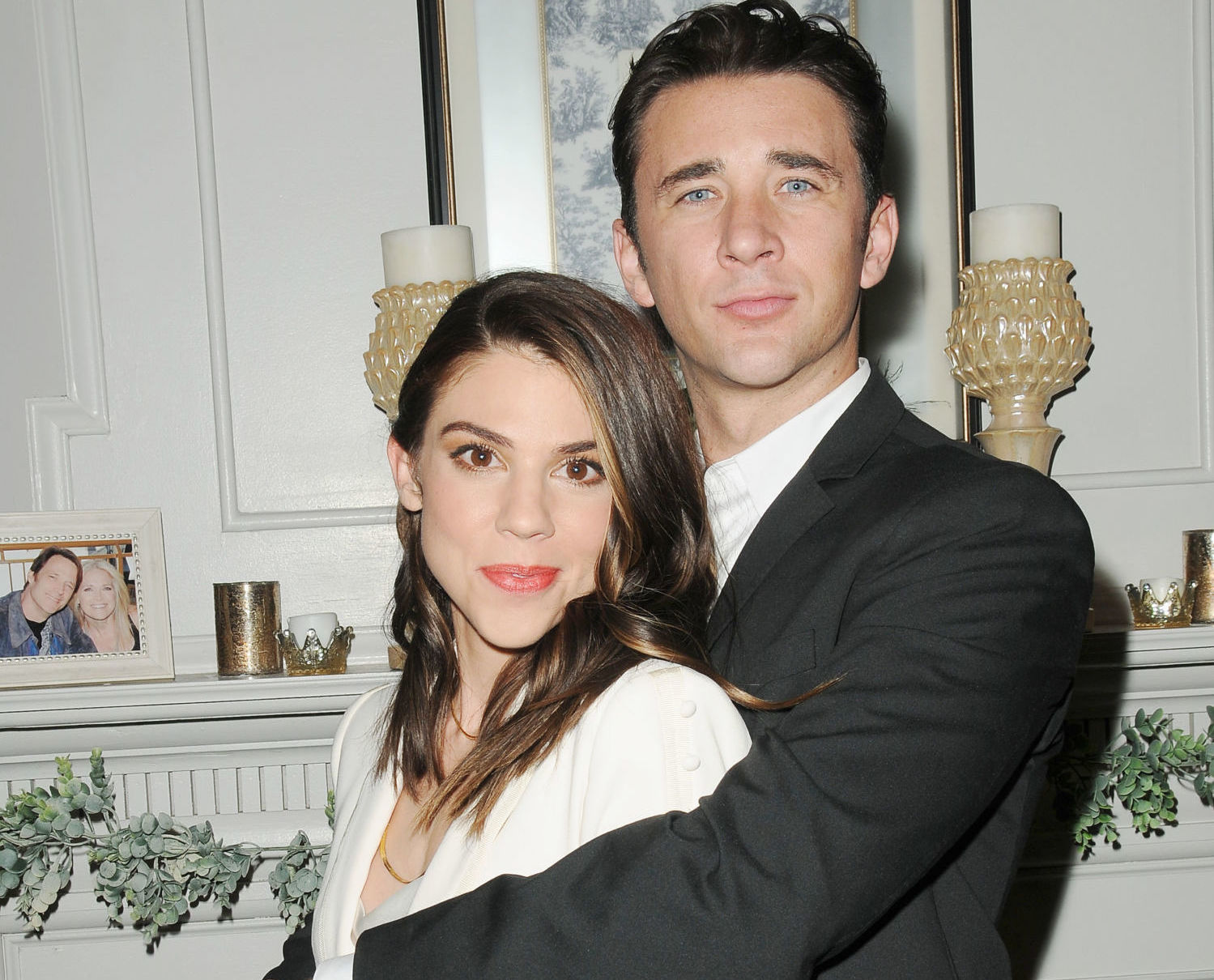 By now, Days of our Lives fans have learned that this week marks the end of the run, for now, of Billy Flynn and Kate Mansi as Chad and Abby.  But before they exit look for wedding bells to ring as Chabby remarries.

When Marci Miller decided to depart the role of Abigail, Kate Mansi returned to the role she played before Miller to finish the arc, which would have potentially left Abby to leave town and Chad to be without her, since Mansi signed on to just complete the storyline,

DAYS head writer Ron Carlivati told Soap Opera Digest  (in latest issue on newsstands now) the thought process of having the duo leave together: “While it was kind of agonizing to make the decision that Chad will exit the canvas with Abigail, I decided that was the best thing for the couple, it was the best thing for the fans and it was the best thing for the show. The way that they exit is very, very open-ended. It’s not like someone is going to die. They leave happy and the door is completely open for them to come back. As much as I’m sure some people will be sad to see them go, I think they’ll be happy to see them go together. It just seemed so unfair to not give them a happy ending. And I just didn’t see how that happy ending would work if Chad stayed in Salem and Abigail left.”   He added: “Obviously, if the time is right, the story is right, and the people are available, they’ll be back.”

Looks like we all need to get out the hankies after checking out the latest NBC promo for Chad and Abby’s wedding and farewell.  You can watch it below.  Then let us know if you are sad to see Billy and Kate exit DAYS, and if you hope they will be back sooner than later via the comment section below.

Love is in the air for Chad and Abigail as they get ready to get married one more time. Watch Days of our Lives, weekdays on @NBC. pic.twitter.com/XlibR90G8D

This Week On GH: Laura Sees Kevin, Shiloh Makes His Move On Sam, Carly is Pregnant

Drake Hogestyn Chats On John Black’s Latest Predicament With Diana and Leo On ‘Inside Salem: Days of our Lives Podcast’

Feel the same…After Marci left Abby s only been portrayed by Kate for 3 months tops. ..would ve been much more effective if Marcis contract was negiotated for those extra months..it was her story to wrap up. After watching Camillas Gabi torture Marcis Abigail i wanted too see Marci s version of getting her justice served !

I like both Marci and Kate, but I give Kate the edge, especially of late.

As for Chad, I won’t miss the puttering, sputtering or stuttering.

I wonder if they’ll hail a cab…maybe Chabby know Eugene, the cabbie!

I will not miss these two boring people, alone or together. You are right about Chad. He’s turned into a blithering idiot. He can’t say a full sentence anymore, and is only interested in beating someone up. I also didn’t realize how much I missed Marci, until Kate returned.

Hello, 4ever,
I know what you mean. I used to be soooo into Chad—very disappointing, of late.
And, I love Kate……did not like her at first ( the EJ affair etal—do not appreciate adultery)…..but, I was so sad when she left the show.
On another note–wouldn’t it be fantabulous if the envelope, Leo handed to Eli and Lani, contain pictures of Ari? Let’s just say Gabi found the pics and switched them? Nice fantasy, I guess…sigh!!❤️

Totally agree with everything you said 4Ever Days!

I am very sorry to see them go. Kate Mansi and Billy Flynn are very fine actors and I will miss them both so much. But, they are young and I certainly understand their desires to move on to other things. I wish them great success in their future careers.

Awwww….this truly saddens me, albeit I knew their exit was imminent.—-losing you for the second time, Kate….I wish you both well in all your endeavors. Good Luck!!❤️

I thought Billy only agreed to stay another six months after his contract ended. I didn’t know they let him go.

Oh God! I want them to come back again; I hope they do. And is best they go together if they must leave.

So gonna miss Kate & Billy. They turned Chabby into a supercouple.

They are the only reason to even watch the show and I will try to find something else to do now.I will miss them both so much.

Wow What a surprise.I would rather see Marci anyway.Did you catch the conversation between Eric and Sarah the woman Rex helped awhile ago in the snowstorm?Her name was Marci. I am just so surprised to see them leave,I wonder what is or who is going to be the head story now.For Gods sake please leave Ben alone.I loved Marci better then Kate.I have seen Kate in some Lifetime movies if anyone is interested and she is very good in them,If memory serves me right she even played a bad girl.All I can say I am in shock to bad Marci… Read more »

It’s time for a break with Chad and Abby after the horrible Gabby storyline. Hopefully Kate Mansi or a great recast will bring Abby back.

For you Marci Miller fans check her out in American Fable you can rent it at Netflix.It looks to be a good movie

I fell in love

As far as I am concerned Kate is the only good Abby that there ever was or will be. I hated to see them go especially after re-connecting, but this was a good exit. I hope they both come back together…..