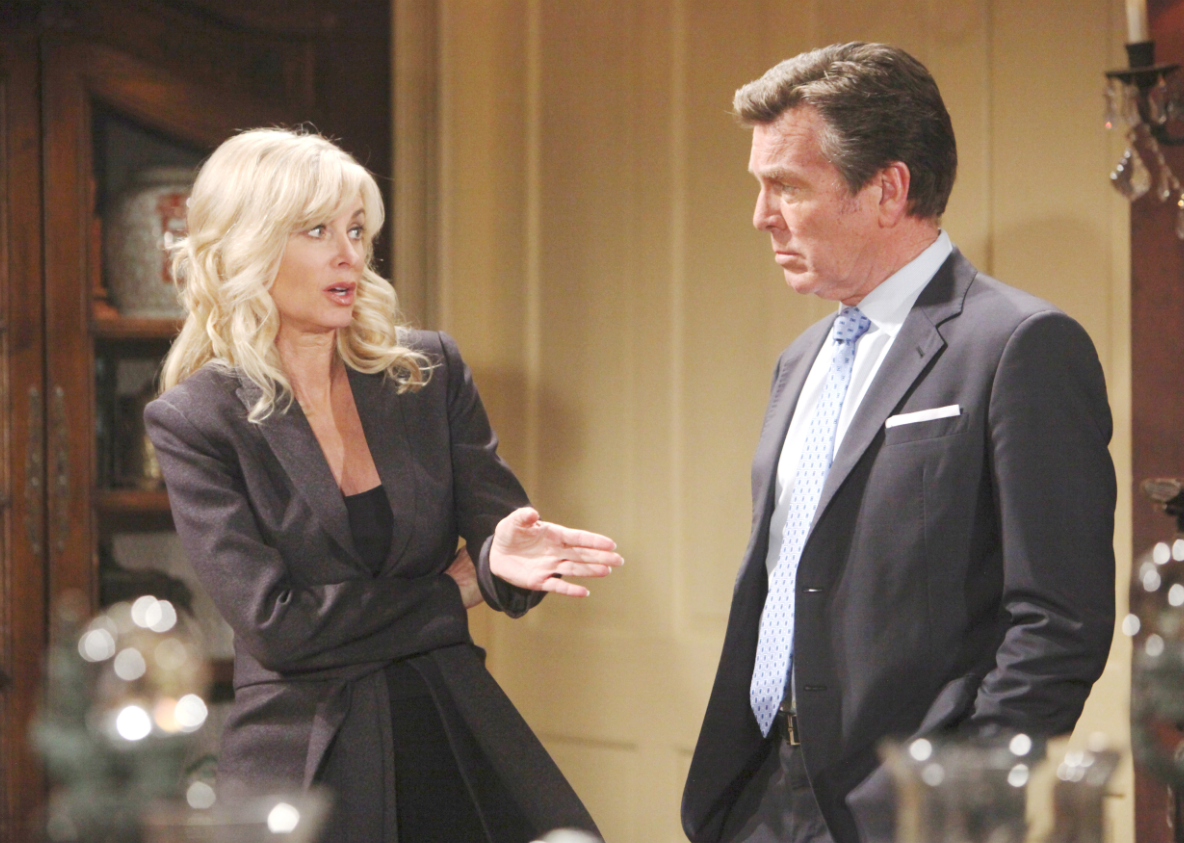 Two-time Daytime Emmy winner, Eileen Davidson makes another appearance back home on The Young and the Restless, when Jack (Peter Bergman) ventures to Paris to see his sister, Ashley (Davidson).

While in Paris, Ashley gives Jack a tour of her cosmetics operation, which greatly impresses Jack. But what is the real reason he left Genoa City to see Ashley?

According to the latest edition of Soap Opera Digest on newsstands now, the conversation and get-together between siblings ends with a surprising turn, And, according to Y&R head writer, Josh Griffith: “Jack will make a surprising decision that will change the dynamics of the Abbott family!”

So, what do you think will go-down between Jack and Ashley that will change things between them, and their war over Jabot?  Comment below.

First, watch this teaser for what’s coming up on Y&R below.

DAYS OF OUR LIVES: Jack Wants His Memory Back, But Do You Want Him To Reunite With Jennifer … Or Stay With Eve?

I don’t know why but–
that Ellen/Ashely is like fingernails scratching a blackboard..
So– I could care less she returned, I’d rather she hadn’t .. LOL !

…and I’d rather you didn’t misuse the acronym LOL when clearly your opinion is nothing to laugh about. furthermore your negative opinions are like fingernails scratching a blackboard. Eileen is y n r royalty. Know your place.

Hi, damien 🙂
Never snarl at laughter.
but– when it comes to ”royalty” I’d be Queen an Ashely would be put to the dungeon, knowing her ”place”–> LOL adding a -> 🙂
HAGD .. enjoy her return..

Helen you go girl, su000 loves to stir the pot lol. Eileen Davidson is a wonderful actress, I enjoy her as Ashley Abbott.

hi Gina–
I’m not a pot-stirrer.
I see the soaps quite differently than most.
And, I don’t take any of it seriously.
I actually have fun watching, laugh a lot over how dahmned stupid a lot of it is..
It is really corny stuff ya know..

I see some that go bonkers over their soap and are very serious about all the make-believe stuff.
I just say it as I see it, not stirring.

Eileen Davidson is top of the line PULL this

yet I have to back track.. and say.. what it is

you saved @DAYS monies to put forth…. can we say Christie Clark for RAFE .. the MAN who’s rafe’allicious…. this winsome twosome STIR like no other BIG

Hey Patrick
What did you mean by” pull this ” in your first sentence? Pull my finger? I am not crazy about E.D, but I’m used to her, after many years. I like Stacy Haiduck, and Christi Clark is o.k., but there has to be someone out there more beautiful and exciting for our Rafe. I never liked he and Hope together. I am kind of leaning towards Jordan, if she can deal with her demons, and get it together.

suOOO
I know what you are saying, and I really don’t care if she comes or goes. I am used to her all these years, since she was a teenager, with her little better than anyone attitude.
Also I don’t think, being one of the B.H housewives did much for her image, as those women are certainly nothing to admire, for COL!

Always glad to see Eileen’s Ashley. I miss seeing her on a day to day basis. Also, I thought Phyllis may be trying to ruin Adam.

ED has been playing Ashley harsh for many years I think she is confusing her with Kristen over at days.

Just tired of jack not staying on top.

that’s a lot of SEx

I thought this actress wanted out of the show. She keeps coming back and back. Y&R needs some more interesting writing. Boring now. And please let it be over with Billy.

READ MORE
GENERAL HOSPITAL: Nina Has a Feeling She Has 'A Daughter Out There' 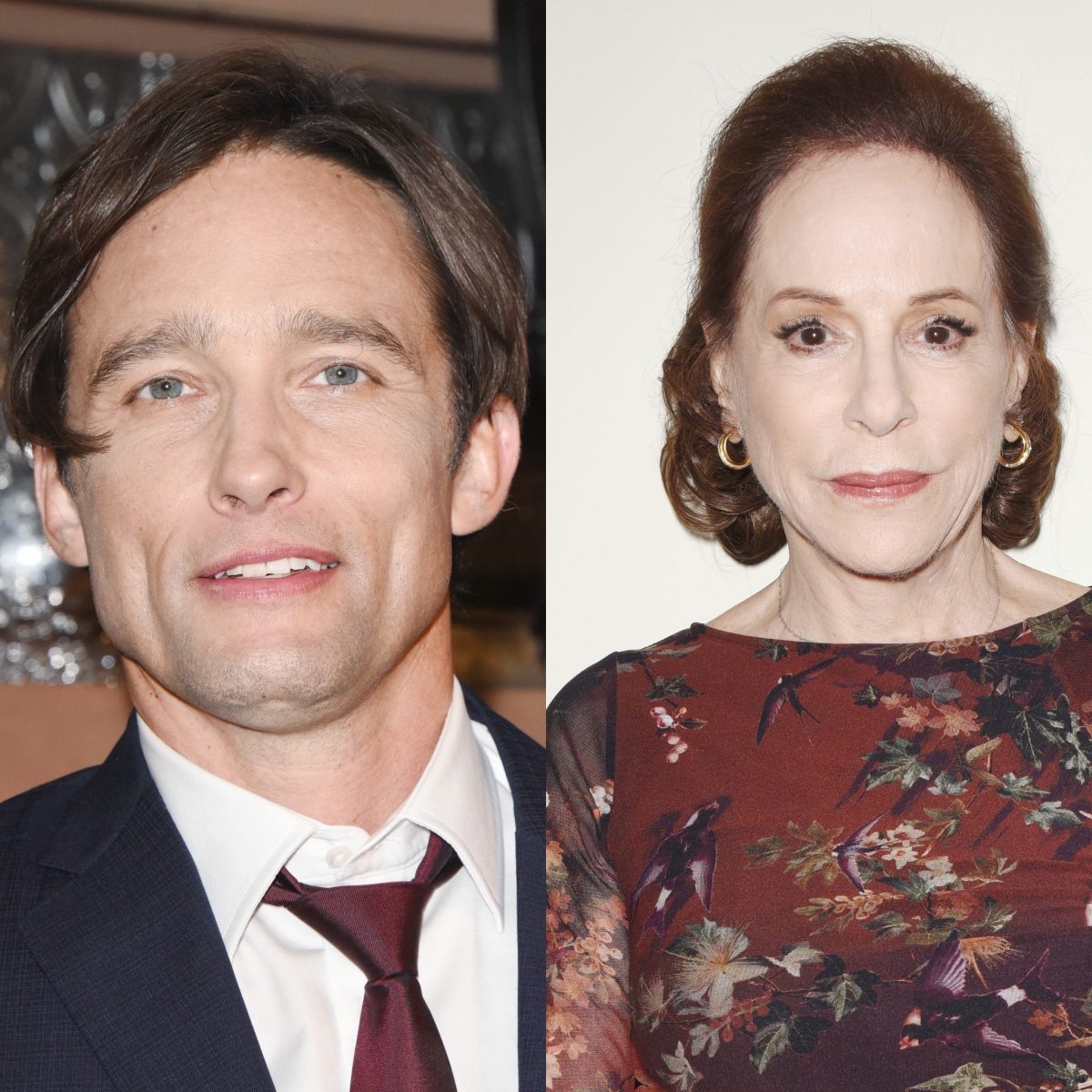 Exciting new storylines, weddings and some bombshell returns will liven up Salem during the summer months according to the new promo for Days of our Lives released over the weekend.

Look for the return of Claire (Olivia Rose Keegan), the debut of Gwen (Emily O’Brien), and the SORAS’d Allie Horton, plus some more familiar faces that people have missed in town.

Back in action will be Jay Kenneth Johnson as Phillip Kiriakis, Louise Sorel resuming her signature role of Vivian Alamain, Bryan Dattilo as Lucas Horton and the one and only Alison Sweeney as Sami.

Then look out for four weddings from Ben and Ciara,  Eric and Nicole, Kayla and Justin, Eli and Lani, but who will actually say their “I-do’s”?

It’s a jam-packed summer of original episodes from DAYS; the only soap still delivering new installments to its fans during the COVID-19 pandemic.

Check out the preview below.  Then let us  know, who are you most excited about seeing back on the canvas via the comment section!

READ MORE
Brandon Barash On His DAYS Return: "The Reveal Is Going To Be Fun!" But, Who Will He Ultimately Be ?
Continue Reading 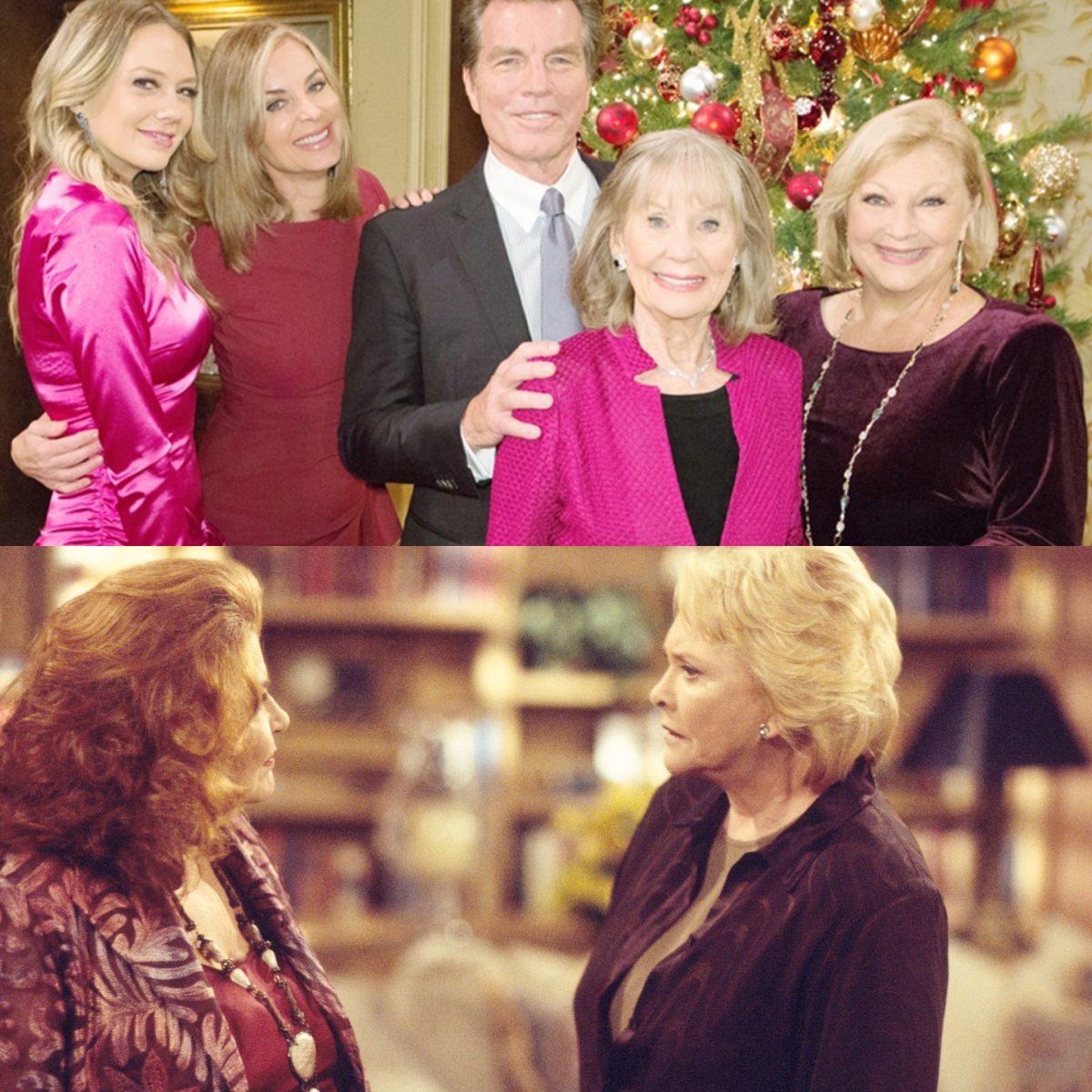 Sibling rivalries and major disputes take center stage next week for The Young and the Restless and The Bold and the Beautiful for their June 1st through the 5th encore presentations.

Since both CBS Daytime dramas have run out of original episodes due to the COVID-19 TV production shutdowns in Los Angeles, the sister soaps have been offering up theme weeks to their fans.

For Y&R look for a handful episodes surrounding the Abbott clan, here is what to look for:

Monday, June 1, family and friends gather to witness the nuptials of Traci (Beth Maitland) and Brad (THE BOLD AND THE BEAUTIFUL’s Don Diamont), while Katherine (Jeanne Cooper) and Dina (Adams) plot against Jill (Walton), and Nikki (Melody Thomas Scott) struggles with her drinking. The episode originally aired Jan. 11, 1991.

Friday, June 5, Dina reminds the Abbotts of the true meaning of Christmas, Kyle (Mealor) and Lola (Sasha Calle) celebrate their first Christmas as a married couple, and Billy (Thompson) keeps a secret from his family. The episode originally aired Dec. 24, 2019.

And for The Bold and the Beautiful look at these scheduled ‘major clashes’ handful of episodes!

Monday, June 1, the battle between long-time nemeses Stephanie Forrester (Susan Flannery) and Sally Spectra (the late Darlene Conley) heats up when Sally, irate over a disparaging interview Stephanie gave to a trade paper regarding the quality of Spectra Creations, confronts Stephanie at her home. As they hurl insults back and forth, the spat quickly turns comical, with Sally ending up in Stephanie’s pool. Meanwhile, Sally’s husband, Clarke (Dan McVicar), flirts with Stephanie’s daughter, Felicia (then played by Colleen Dion-Scotti), making her a business proposition that’s hard to refuse, and Macy (Bobbie Eakes) and Jake (Todd McKee) begin to explore their burgeoning feelings for one another. The episode originally aired Feb. 19, 1992.

Wednesday, June 3, decades-long rivals Taylor (Tylo) and Brooke (Lang) fling accusations, past hurts and wedding cake at each other during Hope (Annika Noelle) and Liam’s (Scott Clifton) wedding reception. Caught by their daughters, Steffy (Jacqueline MacInnes Wood) and Hope, Taylor and Brooke are made to go back into the ceremony and face their families, each of whom has something to say about the situation. The episode originally aired August 22, 2018.

Thursday, June 4, enraged that Brooke (Lang) is at her family’s Big Bear cabin to seduce her youngest son, Thorne (then played by Winsor Harmon), Stephanie Forrester (Flannery) arrives during a raging storm to confront the woman she feels is destroying her family. Frightened by Stephanie, Brooke attempts to reason with her, but soon realizes that Stephanie means her serious harm. Meanwhile, an angry Kimberly (Ashley Cafagna) arrives at the Forrester Mansion to confront Brooke but instead finds Rick (then played by Jacob Young), who has feelings for the beautiful model. The episode originally aired August 3, 1999.

Friday, June 5, in what was the most anticipated episode of 2019, Douglas reveals to Liam (Clifton) that Phoebe is Beth. Liam races against time to save Hope (Noelle) from Thomas (Matthew Atkinson) and tell her the truth. Liam and Thomas have a battle of epic proportions on the rooftop of Forrester Creations, which results in Hope learning the truth: that her beautiful baby Beth is alive and that her family can be reunited. Heartbroken, Flo (Katrina Bowden) attempts to convince Wyatt (Darin Brooks) not to leave her over her part in the baby Beth scandal. Ridge (Thorsten Kaye) assures Steffy (Wood) that she is Phoebe’s mother and that she has nothing to worry about. The episode originally aired August 5, 2019.

So, which Y&R and B&B episodes on tap next week are you looking forward to seeing the most? Comment below.