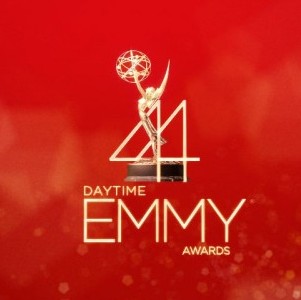 Now is your chance to attend daytime’s biggest night of the year! On-Air On-Soaps is offering up two tickets to the fan section seats at the Daytime Emmys to be held on April 30th at the Pasadena Civic Auditiorium in Pasadena, California. 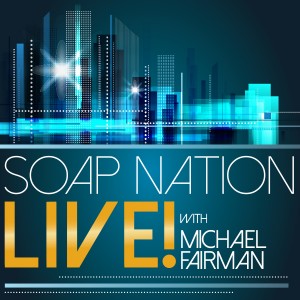 After the jump, listen to the broadcast and tell us the answers to the following questions contained within it below.

We will run this contest for one week from today till Wednesday April 5th at  11PMPST.  Those with the correct answers will be put into a pool of winners and a drawing will occur which will dictate the name of the winner.  We will reach out to you via email as confirmation that you are the winner and will arrange the tickets for you.  PLEASE NOTE: We are only providing the tickets.  Transportation and accomadations in the Pasadena or Los Angeles area will not be provided.

1, How many times did Y&R’s Jess Walton call-in to speak to the hosts when her call kept dropping?

2. What was the scene that Steve Burton mentioned jokingly between Jason and Carly that could have ended both he and Laura Wright’s career when they were both appearing on General Hospital?

4. What scenes involving his role of Abe Carver, did James Reynolds say landed him his Supporting Actor nomination?

GH's Nancy Lee Grahn Dishes On: Alexis Falling Off The Wagon, The Julexis Conundrum, And Her Emmy-Nominated Work!

Do You Know Your Agnes Nixon Trivia? Your Chance To Win Her Memoir, MY LIFE TO LIVE!

1. James Reynolds submitted the scenes where Abe is shot.

2. Steve Burton mentions the monkey storyline. The monkey runs out of the building and hops in a car. The monkey was obsessed with Steve’s boots. It was one of Steve’s last scenes

3. Nancy saw whales when she found out she was nominated for her emmy.

4. Jess Walton called twice before she was picked up.

Answers to questions for the Daytime Emmy tickets in order…

1) Jess called in 4 times.
2)Steve Burton mentioned chasing the monkeys in the jungle that could have ended his and Laura’s career.
3) The aquatic mammal that Nancy saw was whales.
4) The shooting scene with Abe being shot got James a Supporting Actor nomination.

1) 4 times in total, including when they couldnt hear her
2) chasing monkeys through a jungle , caught and brought back to PC
Got away in parking lot, jumped into escalade
3) whales is her acquatic mammal
4) abe carver shot in town square

Answers to questions for the Daytime Emmy tickets in order…

1) Jess called in 4 times
2) Steve Burton said chasing monkeys in the jungle, brings one back to PC, and it escapes in the parking lot into an escalade.
3)whales is Nancy’s aquatic mammal
4)The scene where Abe gets shot in the town square is the scene that got James nominated for Supporting Actor.

1. She called in a total of four times

2. Steve Burton joked about the infamous monkey storyline, where he chased one in the jungle, caught it and brought it back to Port Charles

3. Nancy mentioned the aquatic animal is a whale

4. James Reynolds said the scene where Abe Carver was shot in the town square, landed him his Supporting Actor nomination.
🙂

1) Jess Walton called in a total of 4 times.
2) Steve mentioned when he chased the monkey in the jungle and brought it back to Port Charles.
3) The aquatic mammal Nancy saw was whales.
4) The scene that got James Reynolds a Supporting Actor nomination was when Abe was shot in Town Square.