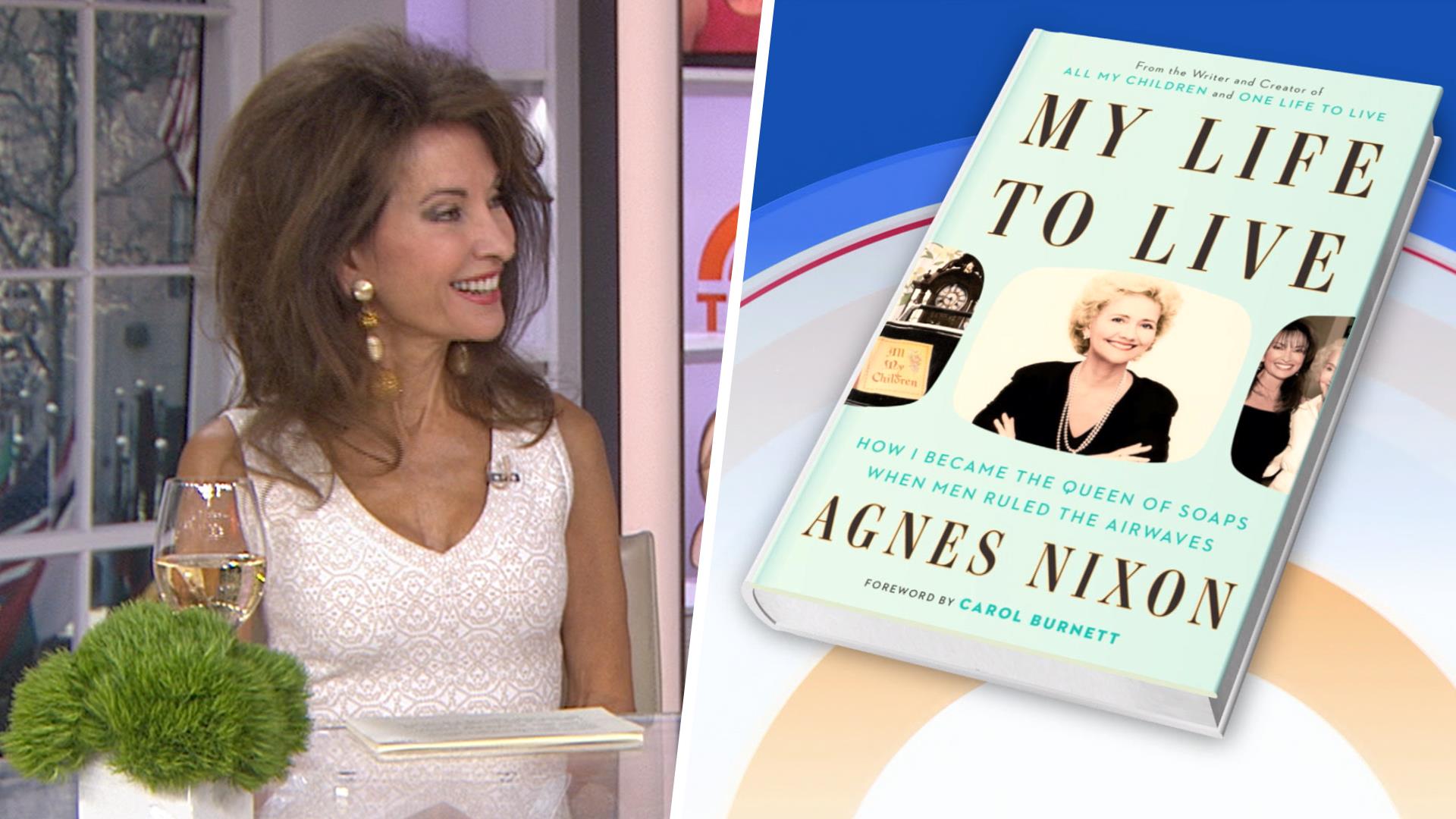 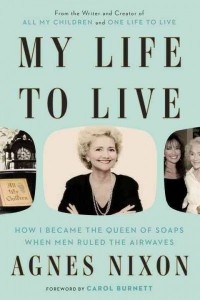 OK, All My Children and One Life to Live fans, buckle up!

On-Air On-Soaps is offering up your chance to win a copy of the iconic Agnes Nixon’s just released memoir, My Life to Live!

Agnes Nixon set the bar for a standard of excellence in daytime dramas with her powerful and humane characters, her sense of storytelling, plot, and of course, telling the social issues of our time.

In My Life to Live, fans learn of how Agnes was a trailblazer in the industry in a world dominated by men and how she followed her dreams, her ambitions, and brought to life the character of Pine Valley and Llanview, while raising four children at the same time!

In 2010, Agnes received the Lifetime Achievement Award from the Academy of Television Arts and Sciences, and her shows are missed every day by its legions of fans.

So now, play our Agnes Nixon trivia contest!  Answer these questions after the jump correctly, and the first five people to have all the answers correct will receive her book.  We will contact you via email if you have won.  Good Luck!

1. What was the name of the character Agnes Nixon played in All My Children’s 35th anniversary episode in 2005?

2. What was the name of the first Jewish family ever represented on a daytime soap opera that Agnes wrote when One Life to Live premiered back in the late 60’s?

3. What soap opera where Agnes was the head writer featured a cancer scare for a legacy character where the words PAP smear, cancer, and uterus, where never before allowed to be mentioned on-air?

A Martinez Says Farewell To DAYS In Heartfelt Message

Don’t need to play as I pre-ordered the book for delivery as soon as it was released. It is a wonderful book. What an interesting and creative woman! I love these memoirs from/about our daytime greats!

Thank you. I appreciate the chance to win Agnes Nixon’s book. I loved All My Children and miss it.

She played Agnes Echart is 35 the anniversary show.
The Segal’s …on OLTL
The Guiding Light…Bert Bauer’s character.

1) Agnes Eckhart (aka Aggy a member of the pine valley hospital board) she convinced Joe Martin to move to pine valley and work for the hospital.

2) The Siegels (who were actually Jewish/Irish catholic mixed)

As for the trivia questions I haven’t a clue, zero knowledge..
However!
I have heard of Agnes Nixon the Godmother of the soaps..

1. Agnes Eckhardt, Nixon also portrayed the ghost of Aggy, the founder of Pine Valley in a later episode. On OLTL she played Agnes, an angel and Agnes Dixon the creator of Fraternity Row.
2. The Siegels
3. Guiding Light, she actually won an award for crafting that story 40 years after it aired.

Bonus: What legendary soap was she the first head writer of? Search for Tomorrow, she wrote the first 13 weeks.