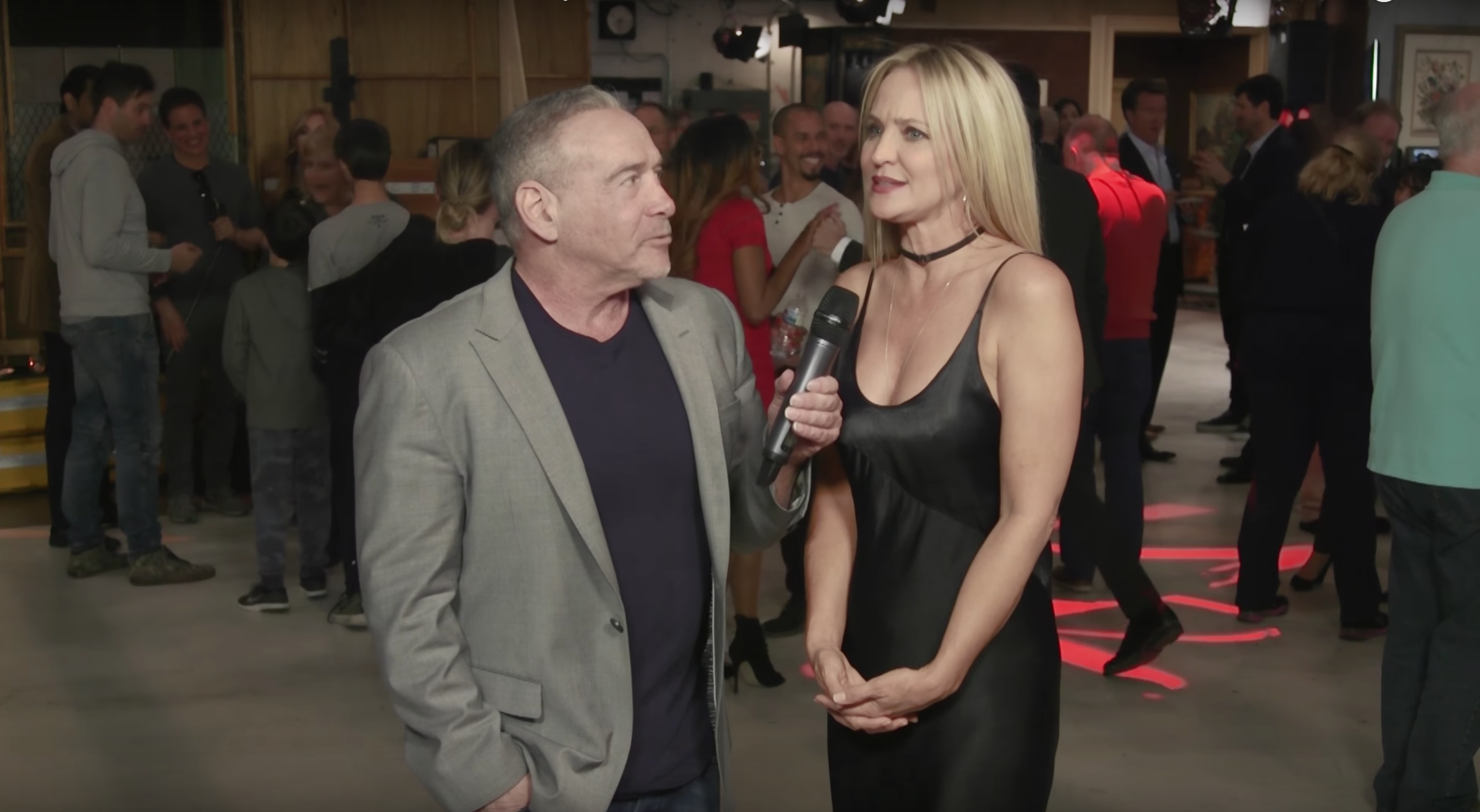 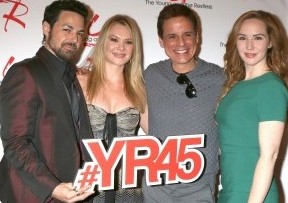 Last week, The Young and the Restless hit another milestone in their iconic history when they celebrated their 45th anniversary.

To mark the occasion, the series hosted an afternoon gathering at their soundstages at CBS Television City, where most of the cast was in attendance, as well as executives, and behind the scenes personnel. 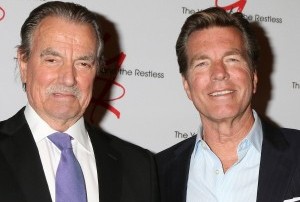 Michael Fairman shot some exclusive video interviews with the cast, along with talking with Y&R’s executive producer and head writer, Mal Young, for his You Tube channel, The Michael Fairman Channel.

First and foremost was getting the reactions from some of the cast who were part of the triple cliffhanger Friday leading into the anniversary week of episodes, and some of the returns that could impact the story. 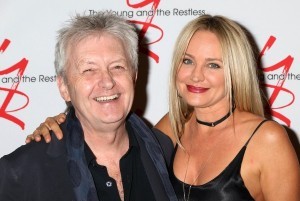 To check out all the interviews make sure to “subscribe” to The Michael Fairman Channel.

Now after the jump, check out some of the interviews, and then share your thoughts on the latest developments on Y&R and more in the comment section below!

Firstly. I want to give a big hug out to Michael. His interviews are genius.. He asks the questions we want to hear the answers to. And– here, right her is my favorite soap hangout with Michael and his good stuff 🙂 And– the freedom he aloweles us.. OK- My favorite interview was with Mal.. I liked hearing his ideals and simply being introduced to Mal; the man behind the curtain. Y&R is on a roll to glory.. I am enjoying Y&R very much for the 1st time in a very long time. I’m looking forward to the next day… Read more »

(( I recall the year I slept through Y&R, no longer! thanks Mal .. Hi suOOOO. “I agree” Y&R far and away is beating GH butt. FRANKS YES – beat it having watched Y&R 45th. a whole weeks worth of work… ” I ” am smitten… taken… not quite but aware. Thad Luckinbill… as JT. WOAH… what a show. WITH Amelia Heinle… PLUS !!! Marla Adams. EVERY ABBOTT ADDS you have a show of show oh gosh… I’ve tried to pinpoint when I left.. and that never would be my ways and means… @Y&R after Sharon and Adam… came back… Read more »

Hi
Patrick ..
The year(s) I slept through Y&R were the years Jean and Shelly ..
The Queens of Snooze..
((then GH took them in and GH became snooze land and Shelly still has her sleeper hold on GH ..

0oohh remember the Music Box story bwahaa a year long and still no ending,, and that is but one of many..

Happy 45th I may be running fast with the pace but hey it is still with us still hope this Jack not being a Abbott is a twist not true after all!

I have been so excited and nervous these past 10 days, I was actually scared to watch the Y&R…..I subscribe to CBS All ACCESS …..MAL Young has brought the life back into the Y&R….who knew but the Brita know how to write story…..do not believe anything for the internet, and stay away from the soap spoilers..they are just garbage…..I love the 45th A. Shows, i have only seen one show…..though…..Peter Bergman deserves the Emmy for this year and for next year too…….he is on fire, who knew he could be so mean and funny at the same time……,I just love… Read more »