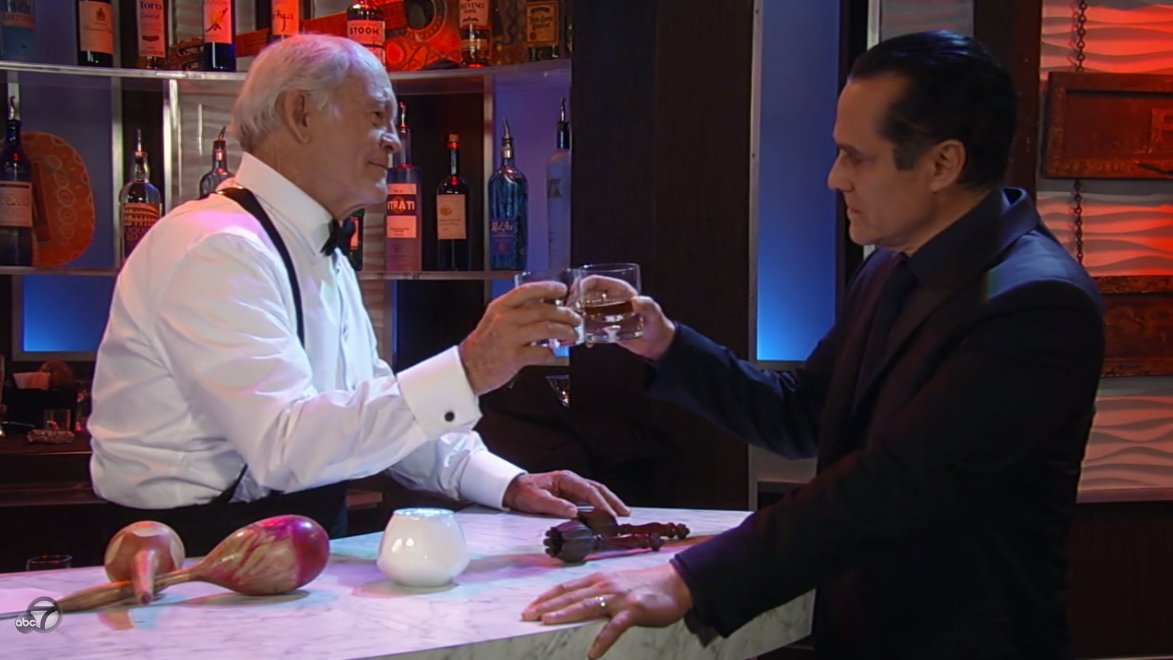 The importance of memories, how they help define us, and how important it is to remember our past were central themes of the anniversary show. This was off-set by Mike’s (Max Gail) battle with Alzheimer’s disease, and how that most horrific of diseases rob the people we love of all of their memories, and relationships.

In story, Sonny (Maurice Benard) set up the Metro Court main dining room to look like Luke’s old club in hopes of helping Mike remember moments and people from his past.  Kevin (Jon Lindstrom) thinks a night of nostalgia could be helpful to Mike.  Throughout, Mike tends bar as many people he has crossed paths with ask him to make them a drink, while they chit-chat. 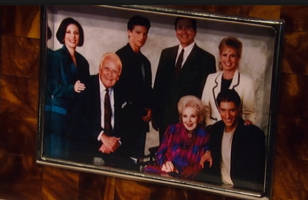 The party-goers all have some remembrances they share with one another:  Liz, Bobbie, Kevin and Monica talks about their first day at the hospital harkening back to a flashback of Steve Hardy when he first met Audrey there. Scott and Bobbie reminisce which then flashes back to a clip of Scotty and his father, Lee Baldwin. Bobbie even tells Scott he must miss his old frenemy, Luke.

Ned remembers his grandparents, Edward and Lila which featured the original Edward played by David Lewis. Later. Monica has a flashback to one of her knockdown drag out fights with Alan.

Anna remembers how she almost lost Robin when she was just 7-years-old, and we are taken to that heart-tugging flashback, where Robin and Anna are reunited after the young girl’s kidnapping. 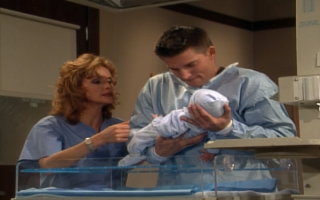 Just then, in another classic clip, Sonny recalls Stone’s death from AIDS and how he was there for the end.  Jason and Carly have a moment where Jason recalls holding a young infant Michael for the first time.  In another nod to the past, Felicia and Bobbie recall the horrific night when BJ was rendered brain dead, and Maxie needed an urgent heart transplant, where eventually Maxie would get BJs heart.  Maxie herself, shows up later to the party thanks to Bobbie.

In between the remembrances, Ned sings a song introduced by Liv as “Eddie Maine.”   Later, Alexis recalls waiting in Ned’s hotel room for a sex romp only to realize a camera crew was with him when he opened the door to his room. 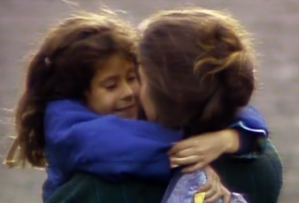 The Nurses Ball is brought up with Lucy Coe’s numerous outfit changes, and Kevin and Mac stroll down memory lane when they dressed in drag.  Meanwhile, Sonny reveals his one regret to Dante, which is when he shot his son. That clip is shown.

As the episode winds down, Monica and Jason share a tender moment where he calls her “mom”,  and Sonny and Carly remember their love stands the test of time no matter what has happened in their lives.  At the end of the evening, once alone, Sonny and Mike share a toast where Mike tells Sonny how proud of him he is.

Needing a moment to himself, Sonny with tears in his eyes toasts to a hell of a night and to tomorrow being even better.

So, what did you think of GH’s 55th anniversary episode? What were your favorite clips from the past shown? Did you enjoy the theme of “memories” ? Share your thoughts in the comment section below.  And, make sure to wish General Hospital Happy 55th anniversary today!